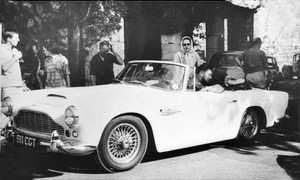 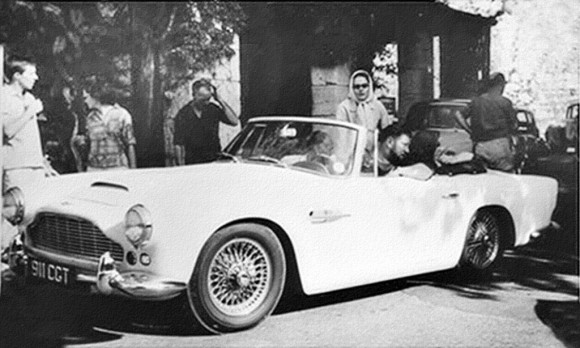 An 1966 Aston Martin DB5 Convertible in ‘Vantage’ specification was the highest priced car of the sale, selling for £1,524,700.

Adding a dash of Hollywood sparkle to the event, an ex-Sir Peter Ustinov 1962 DB4 Series IV Vantage Convertible, sold for almost the same amount at £1,513,500.

The largest auction in Bonhams’ 16-year history at Aston Martin Works, the sale featured more than 50 cars and 170 lots of automobilia.

A Bonhams spokesman said: ‘As pioneers of the single-marque sale, we’ve returned to the Works Service here in Newport Pagnell for another great auction, exceeding all previous year’s totals, with £10.3 million of motor cars sold.

‘The quintessentially British marque of Aston Martin attracts interest from enthusiasts across the world, a fact demonstrated here today as we took bids from all corners of the globe.’