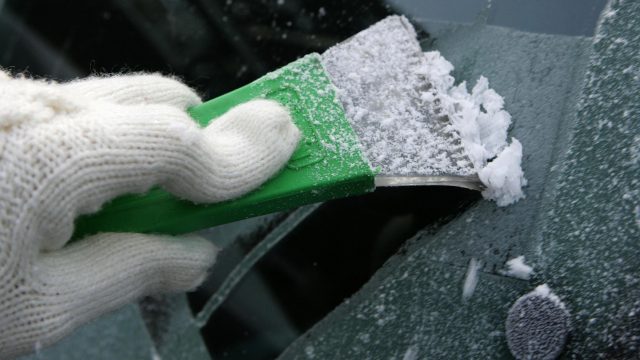 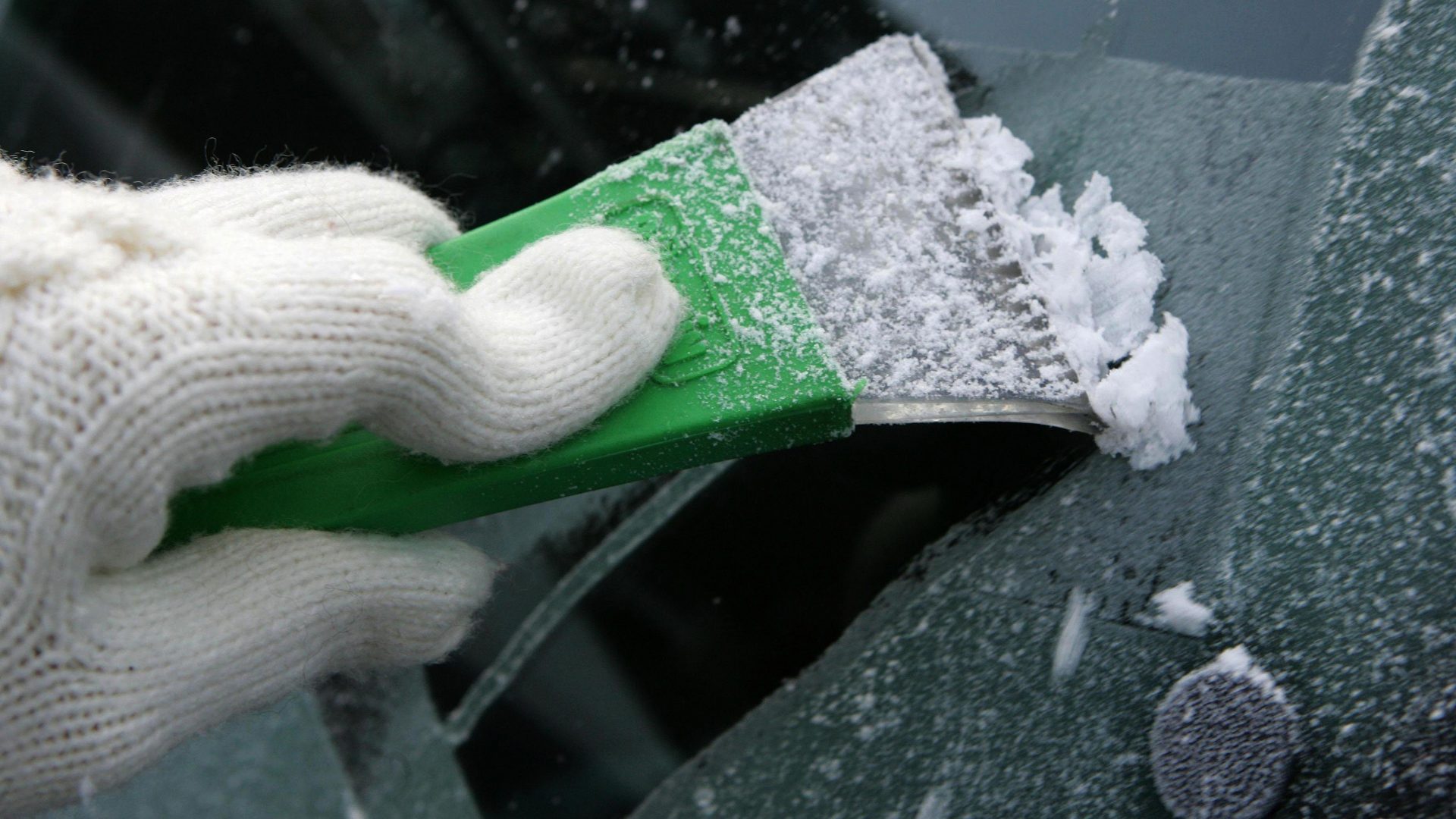 A young car salesman was left red-faced when he accidentally destroyed his neighbour’s garage as he tried to de-ice his windscreen.

Daniel Johnston, 19, was parked on his neighbour’s drive as he attempted to melt the ice from his Ford Fiesta.

The teenager, from Nottingham, tried to de-ice the car by turning on the engine and heated windscreen while he stood beside the vehicle.

However, he forgot that the car had actually been left in gear – causing it to career backwards and smash into the garage door.

The Sun reports that the collision caused around £750 worth of damage to the garage, leaving the young car salesman in a state of shock.

The incident was captured in hilarious CCTV footage, which shows Johnston desperately trying to stop the inevitable crash.

Speaking about the viral footage, Johnston told the newspaper: ‘I got in late the night before, so I must have put the car in reverse and turned the car off straight after. It’s usually always in neutral.

‘The car was iced up so I was going to turn my engine on and then go to the boot to get the de-icer and obviously as soon as I turned the key it just reversed.

‘My handbrake was up but not fully locked up. Usually, if something happens you can push it out of gear, but I was too shocked to react and my hand stayed on my key.

“I grabbed my steering wheel but I didn’t know what I was trying to do. It was just blind panic and it was early in the morning so I was tired.

‘The car was two metres inside the garage and I just thought “what have I done?”. The bang sounded like an explosion.’

The garage belonged to 67-year-old neighbour Nick Langstaff, who lets the teenager park on his drive due to a lack of space elsewhere.

The impact was so forceful that it pushed wheels from a bike inside the garage through a wall and into a sewing room used by Longstaff’s wife, Jules.

After the crash, the couple agreed to foot the bill until Johnston can pay them back and were ‘incredibly understanding’ about the whole situation.

Longstaff said: ‘We couldn’t get cross with the lad because the first thing he did was come straight to the front door.

‘I think I’d have legged it down the street. Accidents happen.

‘I was in the kitchen making a cup of coffee when I heard a great bang and I said “what the f**king hell is that”, then thought I knew the sounds from what I’d done it myself.

‘It sounded like metal crumpling. Behind the garage door is my bike and the wheel went straight through the inner wall, so that’ll need fixing as well. I can’t get in there to fix it because I can’t get the door open yet.

‘His brother parks there now because he’s got an automatic and apparently that sort of thing can’t happen again.’

As well as the extensive damage the garage, Johnston’s 2015 Ford Fiesta Zetec saw its bumper ripped clean off in the impact.

There was also a large dent on one side but the youngster was able to get the £400 repairs done for a cut price £120 at work.

He added: ‘ I had to go and knock straight away, but when they answered they said “don’t worry we already know”.

‘They were very understanding and calm about it, I was grateful for that, they’re nice people.

‘I knew I’d have to pay up. You have savings for a reason, I guess.

‘I’m going to park on the roads because I don’t need to be on the driveway.

‘I never start my car outside and make sure it’s in neutral. I keep moving the gear stick left to right, left to right.’