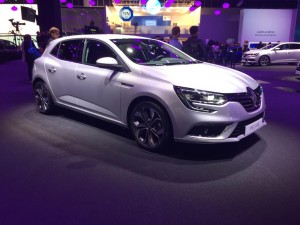 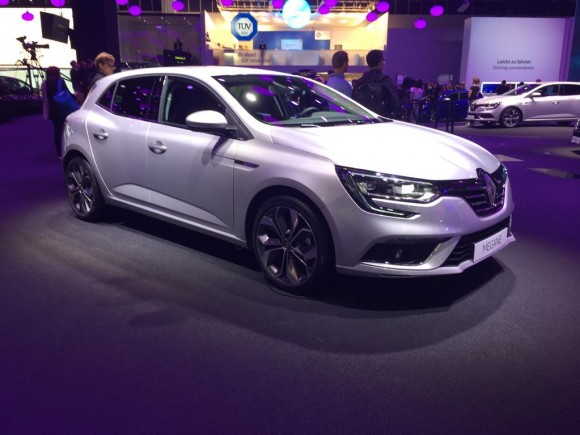 THE new Renault Mégane will persuade car buyers to visit the brand’s dealerships more frequently in future – because they’ll be keen to experience the car’s wide range of features for themselves, not just check them out online.

That’s the hope of Ken Ramirez, the managing director of Renault in the UK, talking exclusively to Car Dealer at the Frankfurt Motor Show this morning.

Today was a big day for Renault as the car, pictured above, was unveiled to the world’s motoring press at the massive automotive event, and Ramirez has high hopes for the latest incarnation of its hugely popular Megane. 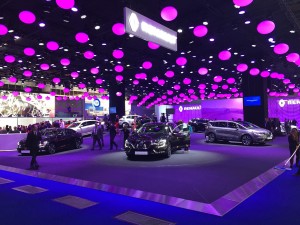 The Renault stand at this year’s Frankfurt International Motor Show

He said: ‘In the segment, it’s adding features that no-one else has. It will have a significant effect on dealers because these days a lot of the customer journey is online, but for customers to experience all those features they will need to visit a dealer.

‘If we do it right, it will prove to be a vehicle that will extract more footfall to the dealer than before.’

All-new Mégane – the fourth version – comes 20 years after the launch of the original model, which has sold more than 6.5 million units worldwide.

It has broad, sculpted shoulders and a front face incorporating the brand’s new design identity, including a large, vertical Renault diamond. It boasts a specific lighting signature at the front with C-shaped headlamps whose surround continues into the bumper. At the rear, the new lighting signature, visible both day and night, goes right across the car to increase the perceived width of the vehicle

The car will go on sale in the UK next year, along with a GT version – but before that, Kadjar will be arriving in UK dealers’ showrooms later this month. The SUV is Renault’s first C-segment crossover and, built on the Renault-Nissan Alliance CMF platform, is a bigger brother to Captur.

MORE: The most extreme car showroom ever?

MORE: Are you the best? Then get your nominations in for this year’s Used Card Awards