It’s the most ambitious Industry Leader Challenge ever!

THE automotive charity Ben has announced the biggest ever Industry Leader Challenge fundraiser for 2020.

A group of up to 10 teams from well-known automotive businesses will take on ILC 2020: The Climb. 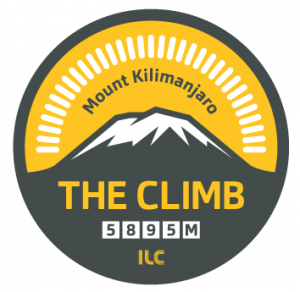 Fundraising is running throughout 2020 with an ambitious group target of £500,000 – an Industry Leader Challenge fundraising record!

The idea is that an intrepid industry leader and a future leader from each company involved will climb one of the world’s most iconic peaks, Mount Kilimanjaro, in October this year over a period of 10 days.

This challenge marks 10 years since Sarah Sillars OBE, the main inspiration behind the Industry Leader Challenge, took on Mount Kilimanjaro, raising £38,000 for Ben.

Kilimanjaro, the highest free-standing mountain on earth, stands at a massive 5,895 metres tall.

Tackling such a hostile environment will be physically demanding and mentally draining, but will raise funds to provide life-changing support for automotive industry people who need it the most.

This challenge was chosen to represent that everyone has their own mountain to climb at some point in their life – no matter who they are, what they do or where they come from.

The Industry Leader Challenge (ILC) is an epic personal challenge taken on each year by an automotive industry leader (or leaders) to raise funds for Ben.

After completing a feat of their choice (either with a team or alone), the baton is then handed over to another industry leader for the following year.

The first official Industry Leader Challenge took place in 2016 when Daksh Gupta, CEO of Marshall Motor Holdings, completed a skydive from 13,000ft, raising over £151,000 for Ben.

The list of 2020 challengers is still growing but here are the heroes who have decided to tackle The Climb so far:

MORE: Daksh takes a leap of faith to complete the 2016 Industry Leader Challenge