Home > News > Anyone for tennis? Showroom serves up an ace Wimbledon experience 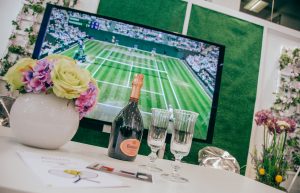 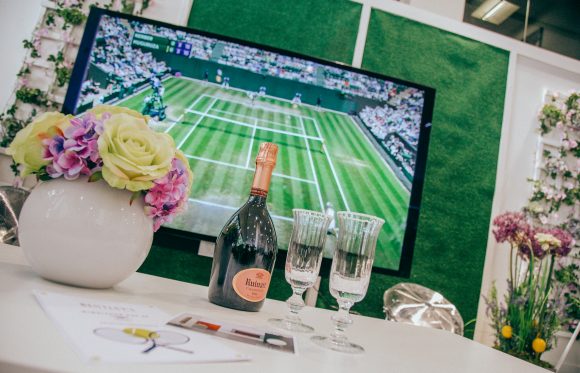 Anyone for tennis? Showroom serves up an ace Wimbledon experience

Open until the tournament’s climax on Sunday, HR Owen’s Wimbledon clubhouse-style garden, organised in association with a local restaurant and Bang & Olufsen, will give specially selected guests the chance to sample the Wimbledon lifestyle while taking in the action from SW19.

Bentley’s Oyster Bar and Grill is on hand to serve the finest canapés to visitors, while audio giants B&O are hosting the viewing experience with a special big-screen display.

Decorative flowers and greenery create the high-class atmosphere that Wimbledon is famous for, as does complimentary champagne from Jack Barclay Bentley and the stunning surrounding cars.

This year, Jack Barclay Bentley is celebrating its 90th anniversary and hosting several one-off events to commemorate the occasion.

It’s also a special year for the Wimbledon championships – moving into their 140th year of tournament tennis – so Jack Barclay Bentley’s offering represents a union of two Great British traditions.

The general manager of Jack Barclay Bentley, Mark Brown, said: ‘Wimbledon is a massive occasion in London and around the world every year, but not everyone in the capital can get to the All England Club to soak up the unique atmosphere.

‘We can help with that! We’re delighted to team up with Bentley’s Oyster Bar and Grill and Bang & Olufsen to bring this one-off club house to the heart of London and are very excited to welcome guests to such an exclusive occasion.’

MORE: Aston Martin opens a dealership in Nottingham in a first for Sytner Group