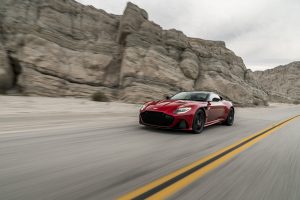 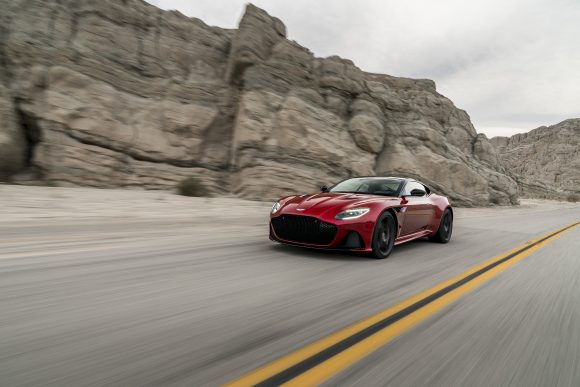 ASTON Martin has confirmed it is exploring plans to float on the London Stock Exchange.

The manufacturer of luxury cars said it was ‘announcing its potential intention to undertake an initial public offering’, ending months of speculation about its plans to go public.

It will float at least 25 per cent of its shares in the listing if its plans go ahead, and could join the blue chip FTSE 100 if the company’s valuation is adequate.

The company could be valued as high as £5bn once it goes public, according to reports.

The announcement was made alongside the company’s half-year financial results, which showed pre-tax profits edging higher to £20.8m over the six months to June 30, from £20.3m during the same period last year.

It said the performance was driven by its consulting business and increased revenue from sales of its special edition vehicles, including the Vanquish Zagato family and DB4 GT Continuation models.

But the company logged a slight drop in wholesale volumes, from 2,439 in the first half of 2017 to 2,299 units in the first six months of 2018, which Aston Martin said was because of new models hitting the production line.

It said it began producing models including the DBS Superleggera, pictured, DB11 Volante, DB11 AMR and Vantage in recent months, with volumes ramping up in the second quarter to 1,336 from 963 in the first three months of the year.

Chief executive Andy Palmer said: ‘Today’s announcement represents a key milestone in the history of the company, which is reporting strong financial results and increased global demand for its award-winning sports cars.

‘As we continue to execute our Second Century Plan, combining a product offensive and expanding manufacturing footprint, we have the resources and balance sheet strength to continue delivering on our growth strategy.

‘Today’s results show that we have continued to deliver sustainable growth, margins and value for our shareholders whilst launching three new models and variants in the first half of the year.’

The iconic car maker was founded in London in 1913, and is headquartered in Gaydon. It has additional facilities in Wellesbourne, where it also produces its special-edition models, as well as Newport Pagnell, where its heritage models are manufactured.

Laith Khalaf, a senior analyst at Hargreaves Lansdown, said: ‘There are few people who wouldn’t want an Aston Martin on their drive, and even fewer who can afford one.

‘However, this stock market float allows investors to buy into a little of the glamour of Aston Martin, without getting a second mortgage.

‘It’s important for potential investors to concentrate on the company’s financial prospects and not to get carried away by the brand, however, and that means having a thorough read of the forthcoming prospectus.

‘Aston Martin could be valued at between £4bn to £5bn, which would put it at the top end of the FTSE 250, ahead of companies like Travis Perkins and William Hill, and nipping at the heels of FTSE 100 stalwarts like M&S and Royal Mail.’