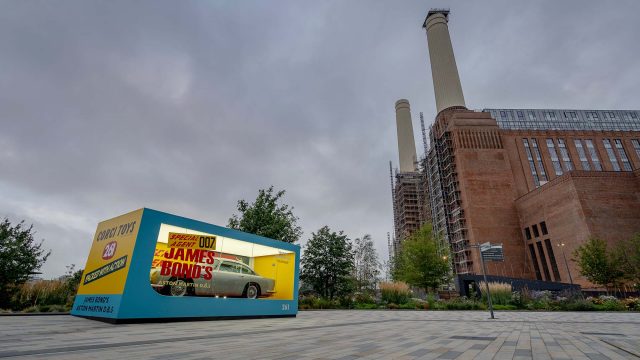 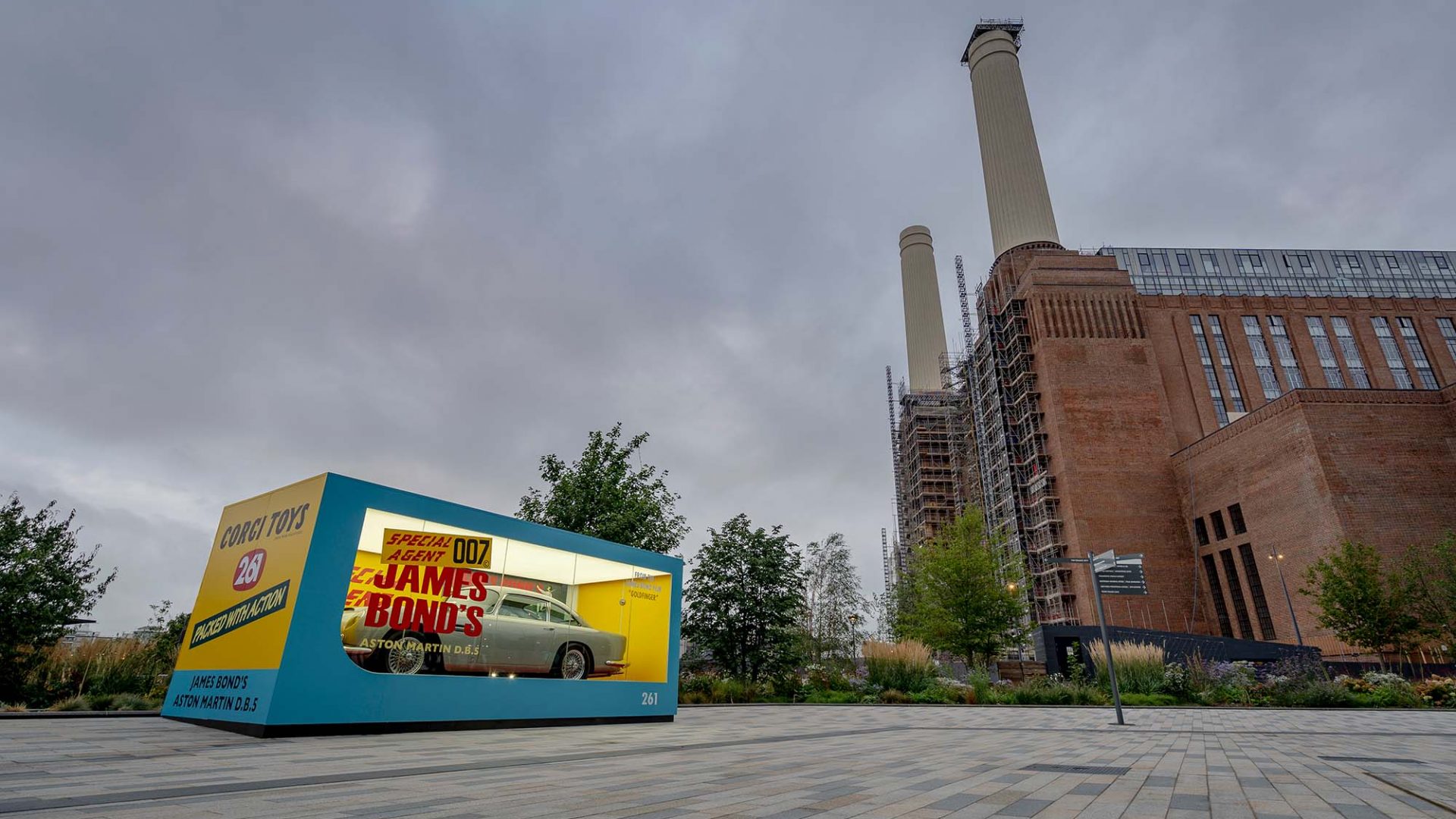 Aston Martin launched its No Time To Die campaign yesterday (Aug 31) with an exclusive screening of its James Bond-related TV spot.

The 25th Bond movie, which opens in the UK on September 30, features four Aston Martins from past, present and future – the first time four different models have appeared in a 007 film.

Cinemagoers will be treated to the spectacle of the DB5, V8, DBS super-GT and forthcoming mid-engined hypercar Valhalla – all vying for attention.

To celebrate the return of 007’s iconic DB5 to the big screen, Aston Martin and Corgi also unveiled a full-size replica of the original 1965 Corgi DB5 toy car outside Battersea Power Station, whose structure provided the backdrop for the screening.

Just 25 are being made, more than 55 years after the final new DB5 rolled off the line at Aston Martin’s then manufacturing base in Newport Pagnell.

Corgi’s most famous die-cast model was probably Bond’s DB5, which was first released in 1965 – the year after Goldfinger hit cinema screens.

Replicating the action features of the vehicle as seen in that film, it was an instant success, scooping the UK Toy of the Year and Best Boys’ Toy titles at the National Association of Toy Retailers Awards the same year. 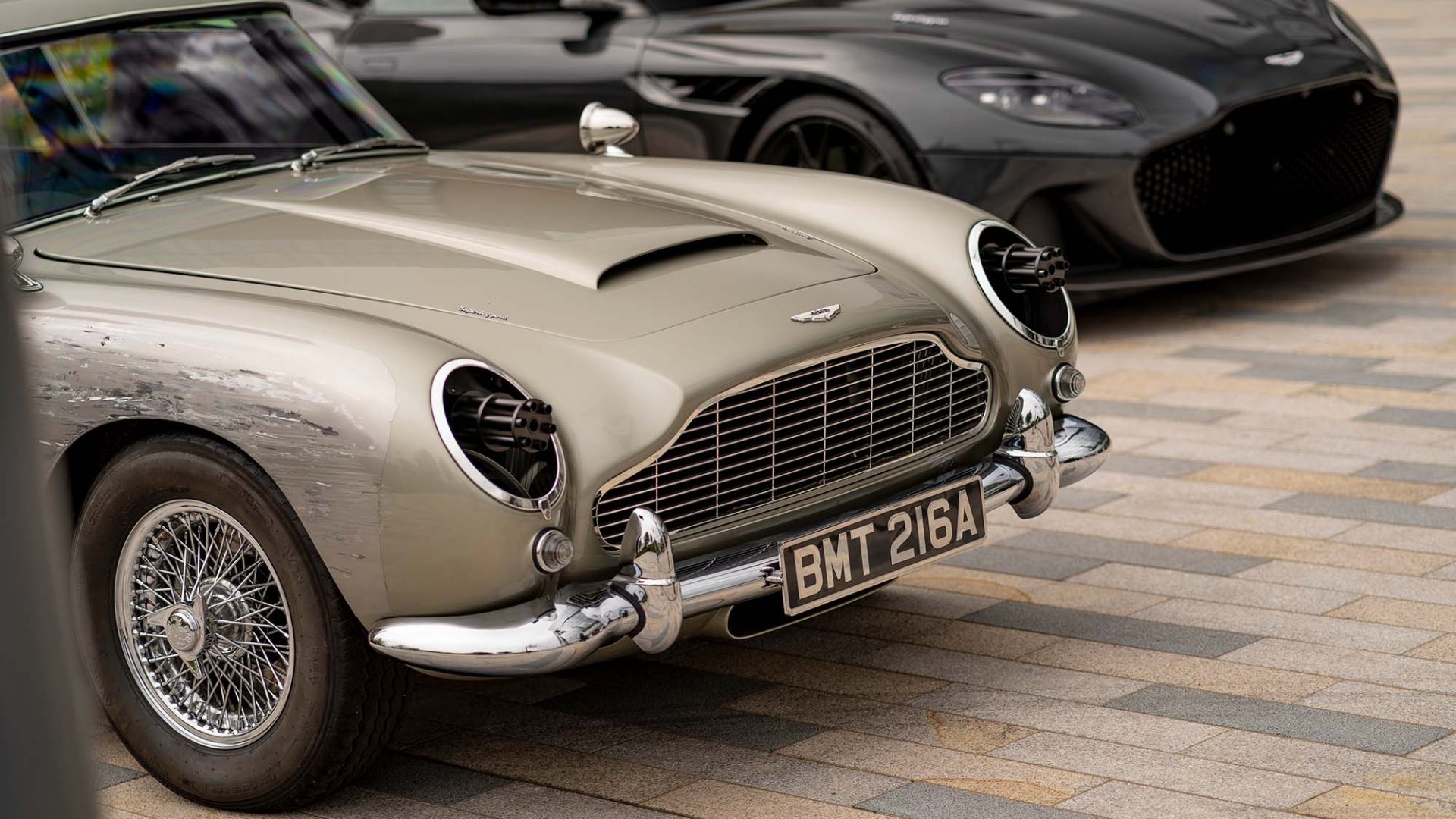 Originally priced at 10 shillings (50p), it was so popular that it’s been retooled many times, with more than 20m of them being sold globally, and is still being made now.

He was joined by special effects co-ordinator Chris Corbould, who is behind some of the most iconic action scenes from the past 14 Bond films and was heavily involved in making the eight DB5 stunt replicas for the new film starring Daniel Craig in his last outing as the secret agent.

Reichman said: ‘We are really honoured to be marking the start of the No Time To Die campaign today with this exciting unveil.

‘Aston Martin’s relationship with James Bond spans decades and the DB5 is, without question, the most famous car in the world by virtue of its 50-plus-year association.

‘Working with Eon Productions and Chris Corbould to build 25 of the DB5 Goldfinger continuations was a truly unique project for everyone involved at Aston Martin.

‘Now, to work with Corgi – another quintessential British brand – and to see James Bond’s most cherished car sitting inside a to-scale toy box in central London is quite outstanding.’

Corbould said: ‘Having worked closely with Aston Martin over the years to bring to life some of the most ambitious Bond scenes, and most recently on No Time To Die, I can genuinely say it is a privilege to be here today to help unveil this incredible display for such an iconic car that truly holds a special place in Bond history.’

The full-size replica Corgi DB5 box will be on public display at the Coaling Jetty at Battersea Power Station until October 1, 2021.