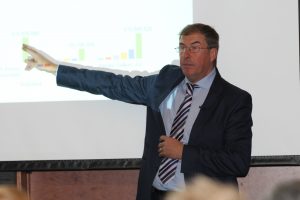 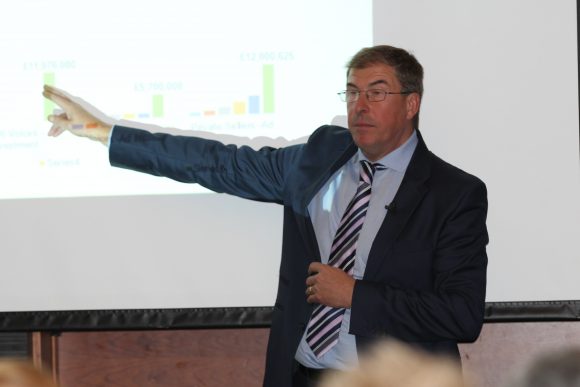 A small number of independent dealerships were invited to the first of two presentations about the investment opportunity, which gives dealers the chance to own part of a 20 per cent stake in the company.

Stuart Askey, sales director at AutoVolo, explained to the assembled group at the Mercure London Heathrow hotel yesterday that those who sign up to the 1000 Voices partnership scheme will have to pay £499 per month for two years as an ‘investment fee’ in exchange for 20 stocks. There will also be a monthly advertising fee based on the number of cars a dealer posts on the site, which is given at a heavily discounted rate compared with non-members.

AutoVolo says that all of the money it receives from 1000 Voices members will be put back into the scheme, to be spent on Google search advertising, improving offline marketing and other programmes designed to generate more leads and inquiries.

The company’s projections – based on 1,000 dealerships signing up to the investment scheme – see it making £1.3 million of its profit available to 1000 Voice shareholders after a year, representing a return of £1,300 each. Askey believes that over the first five years £13 million will be shared between members.

Another benefit of being a member includes a refund of the £150 release fee on finance deals – a subject AutoVolo chief executive and co-founder Stefan Voloseniuc spoke passionately about. He said: ‘I want to go to the City with 1,000 dealerships behind me and say to the boss of Barclays “I have 120,000 finance deals per year, do us a deal.” And they will.’

The second of the two meetings was taking place today at Clayton Hotel Leeds (formerly Bewleys) in West Yorkshire.

MORE: AutoVolo and Jim Reid have their say on Trade Plates TV