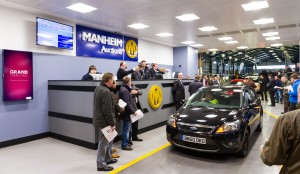 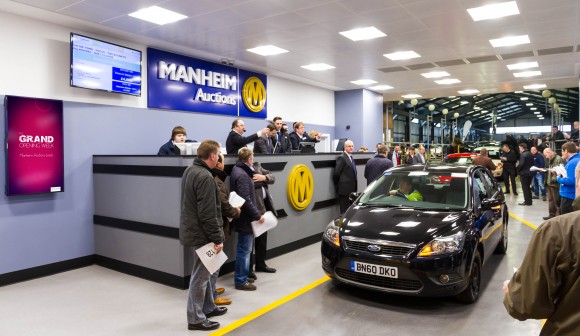 THE average selling price for part-exchanged cars sold by Manheim in October increased by 5.2 per cent (£177) year-on-year, despite overall car volumes having risen by 33 per cent compared to 12 months ago, the car auction giant reported.

Values dipped by 1.8 per cent from September, but still recorded the second highest monthly figure in 2015. Superminis and MPVs defied the overall trend, with average used supermini selling prices rising by 3.6 per cent month-on-month and 9.7 per cent year-on-year and average MPV values outperforming September by just nearly 1 per cent and the same month last year by 18.3 per cent.

Compact executive car and 4×4 values were also higher than in October 2014, by 9.7 per cent  and 12.2 per cent, respectively. The latter reflects the earlier-than-expected rise in four-wheel drive values, as dealers stock up for well-prepared retail buyers.

The average part-exchanged supermini sold by Manheim was 92 months old – six months younger than in the same month last year. Conversely, coupe owners seem to be keeping them for longer, with the average age of stock sold by Manheim being 106 months in October, five months older than in 2014.

Daren Wiseman, valuation services manager at Manheim, said: ‘The slight dip in average selling prices in October was entirely expected, and the year-on-year figures were particularly impressive given the significant growth in our auction volumes compared to 2014.

‘In terms of their residual value, 4x4s maintained their September performance, retaining 27 per cent of their original value – the highest of any vehicle segment – continuing the trend of dealers snapping up available stock in the run up to the winter months.’

MORE: Many VWs won’t be recalled for almost a year, as Porsche profits tumble

On SuperUnleaded.com: Watch A Bunch Of Ferrari FXX Ks Getting Utterly Thrashed – You Can Thank Us Later