#B4B16: Day four – Strasbourg to Dover and the end of the adventure

SO, Bangers4BEN 2016 is over and what a long weekend it was!

All of the teams have made their way home, and are no doubt relaxing after four days, and almost 2,000 miles travelling along Europe’s best roads.

However, before we could make our way across the channel and back to Blighty, we had 400 miles of France to cover, and it almost proved the final straw for a number of the bangers.

The day began with everyone gathering outside Strasbourg’s Hotel Mercure for team photos. With all of the bangers in varying states of repair, fond farewells were made as a number of the teams were unsure when, or if, they would make it to Calais. 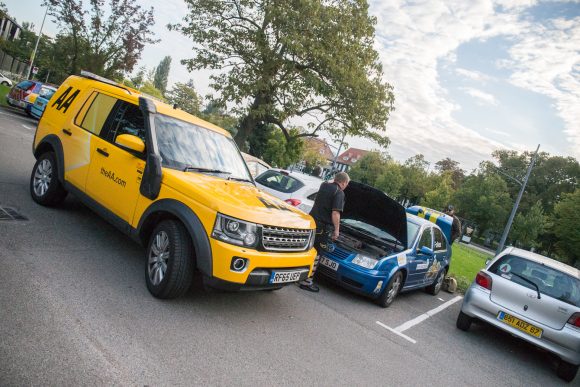 By 10am, all of the Bangers were on the road, taking varying routes through Northern France.

Back in our furry Kat, with ears out and tail wagging, Jon Reay and I brought up the rear of the group, fearing for our weakening clutch.

We weren’t the only ones with serious worries. The Batmobile, which had only the day before needed emergency repairs, had begun to lose its gears. With no third, fifth or reverse, Becca and Alexis limped their way along the autoroute, closely followed by an AA support team. Also losing its gears was the Fox Garage Services Mitsubishi FTO.

GardX’s Mystery Machine was still suffering from oil issues. Driving in convoy with the AA’s Polite Police car, the smoke that poured from their engine every time they pulled away, made for a number of unimpressed toll booth operators. 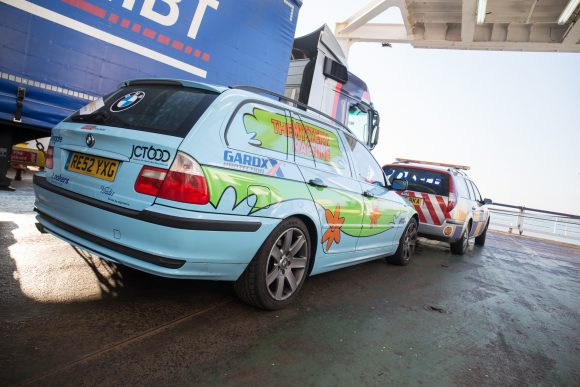 Some of the teams with speedier bangers managed to make a lunch stop in the beautiful historic town of Reims, in the Champagne-Ardenne region. Meanwhile, Jon and I had to make do with service station pizza and tiramisu (it wasn’t as bad as it sounds, honest!)

The journey continued in a similar manner. While the furry Kat drove remarkably well, the clutch would occasionally disengage and the car would lose power, serving as a reminder that it was on its way out.

Crossing our fingers and hoping for the best, we eventually made it to Calais, where our car’s furry get-up caused much hilarity amongst the usually-stern border guards.

As it turned out, the majority of the Bangers had already made it to the port, and caught an earlier ferry. The stragglers of the group were waiting for us in the queue and it was a sorry-looking convoy that made its way onto the boat. 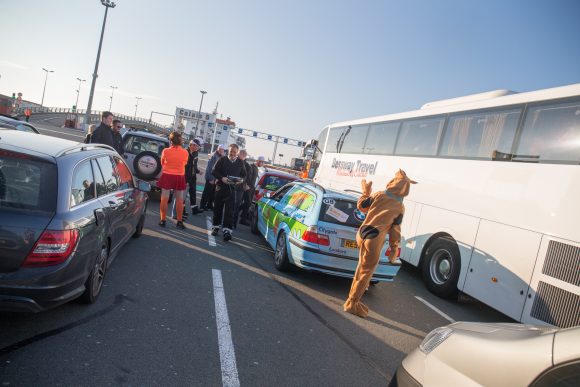 As we settled on the ferry, a call was made over the tannoy, asking the owners of ‘the black car with the registration N972 SGY’ to make their way to the information desk.

Not immediately recognising their plate, it was only after the second call that Becca and Alexis kicked into action. With the worst-case scenario of a burning Batmobile running through their minds, they rushed to the desk.

‘Is everything ok?’ they demanded of the receptionist, who delivered the anti-climax answer that they had left their lights on. Crisis over. 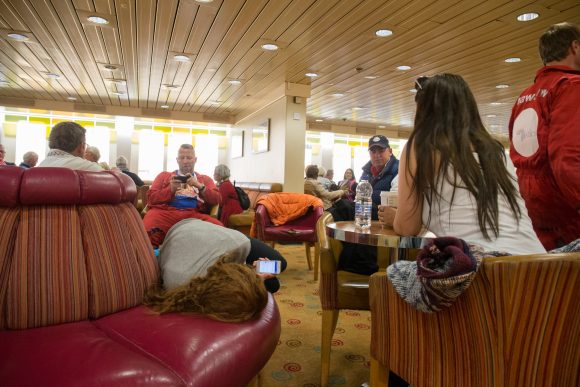 When it came to disembarking, we bid farewell to the AA, GardX and Lawgistics teams and hopped in the bangers for the final stretch home.

Luckily, the route was relatively traffic-free (unlike B4B15 when an accident on the M25 caused huge delays) and we made it back to Gosport in under three hours.

As the Kat reached the final stretch, it began to judder in fifth gear. Unwilling to give up, Jon teased and coaxed it back to Car Dealer Towers, where it was with great jubilation that we arrived in the glorious town of Gosport.

The Kat had made it – sort of! 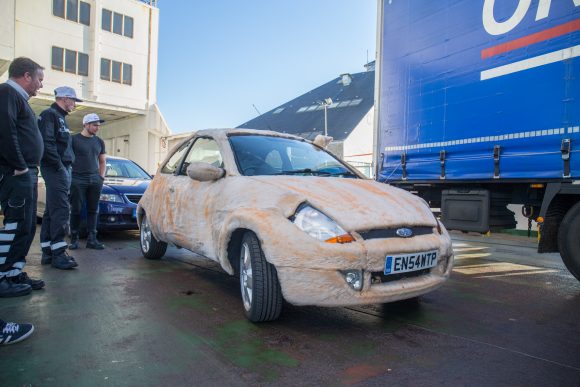 Updates from the teams via Twitter informed us that everyone had made it home, without any serious issues (aside from a few wrong turns).

So farewell B4B16 and congratulations to all the teams for completing the journey. We’ll see you in a year for a B4B17 adventure!

MORE: All the pictures from Bangers4BEN are now available

All the pictures from Bangers4BEN are now available

#B4B16: The top tweets from day four of Bangers4BEN

European new car registrations fell by 18 per cent in August