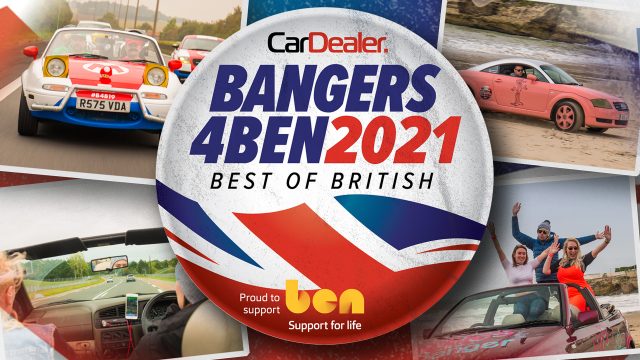 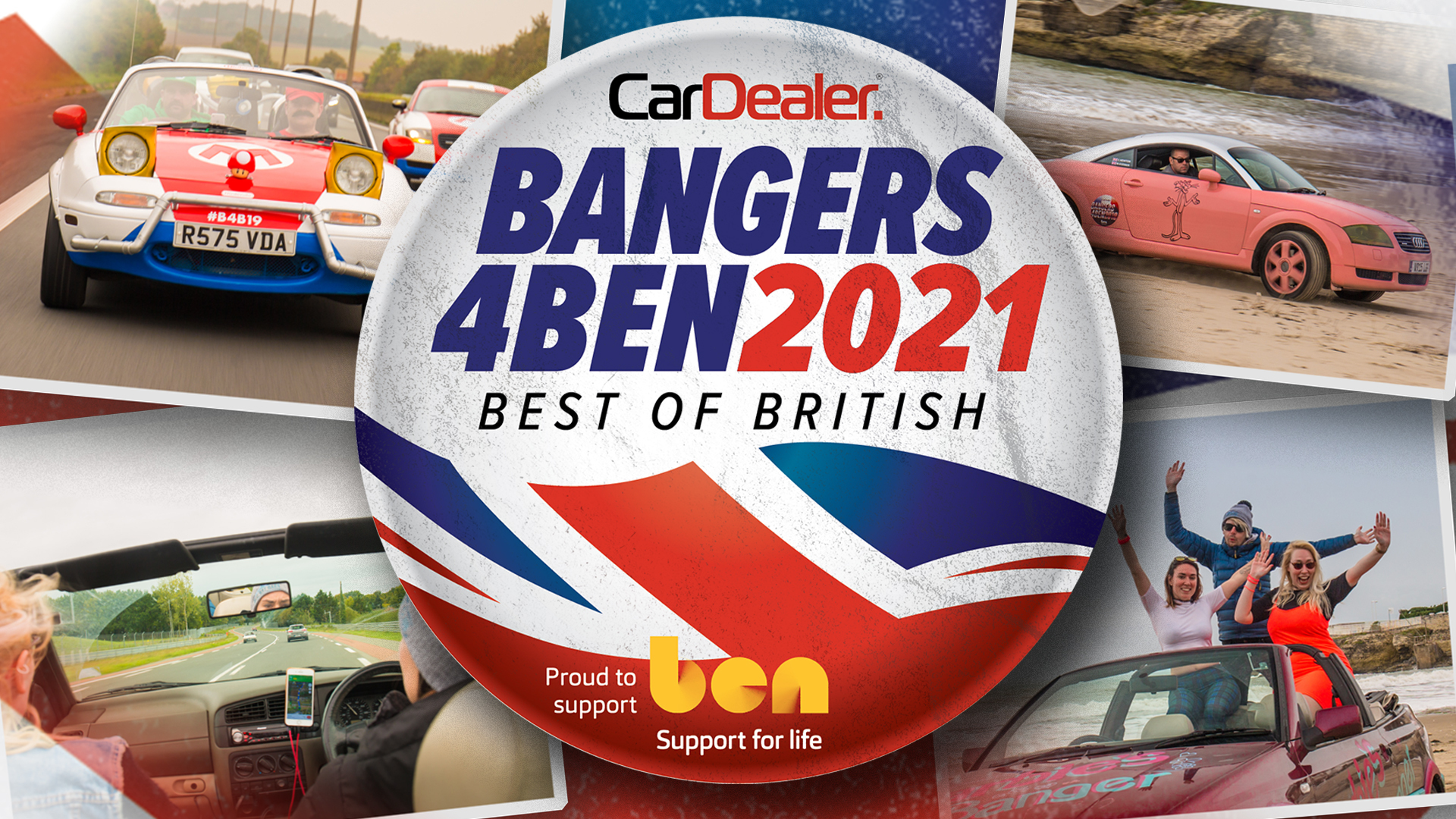 Bangers4Ben draws to a close today after four days taking in some of the best driving roads in the UK.

The convoy of customised bangers got underway in Newbury on Saturday and has taken in the Brecon Beacons, the Peak District and the Yorkshire Dales among other jaw-dropping sights.

The event will end today at the Great British Car Journey museum in Ambergate, Derbs.

It is hoped that this year’s rally will eventually raise upwards of £50,000 for automotive charity, Ben.

Bangers are not allowed to cost any more than £750 and have been themed and dressed up as far as the law allows.

Following the rally, the cars will then be auctioned at BCA Blackbushe in aid of the charity.

Organisers hope that this year’s fundraising will take the total raised over the years to more than £500,000.

To celebrate the end of the epic charity rally, we have caught up with organisers Automotion Events to look back over the past four days.

Here is what Lisa Benton, head of marketing and brand at Automotion, told Car Dealer… 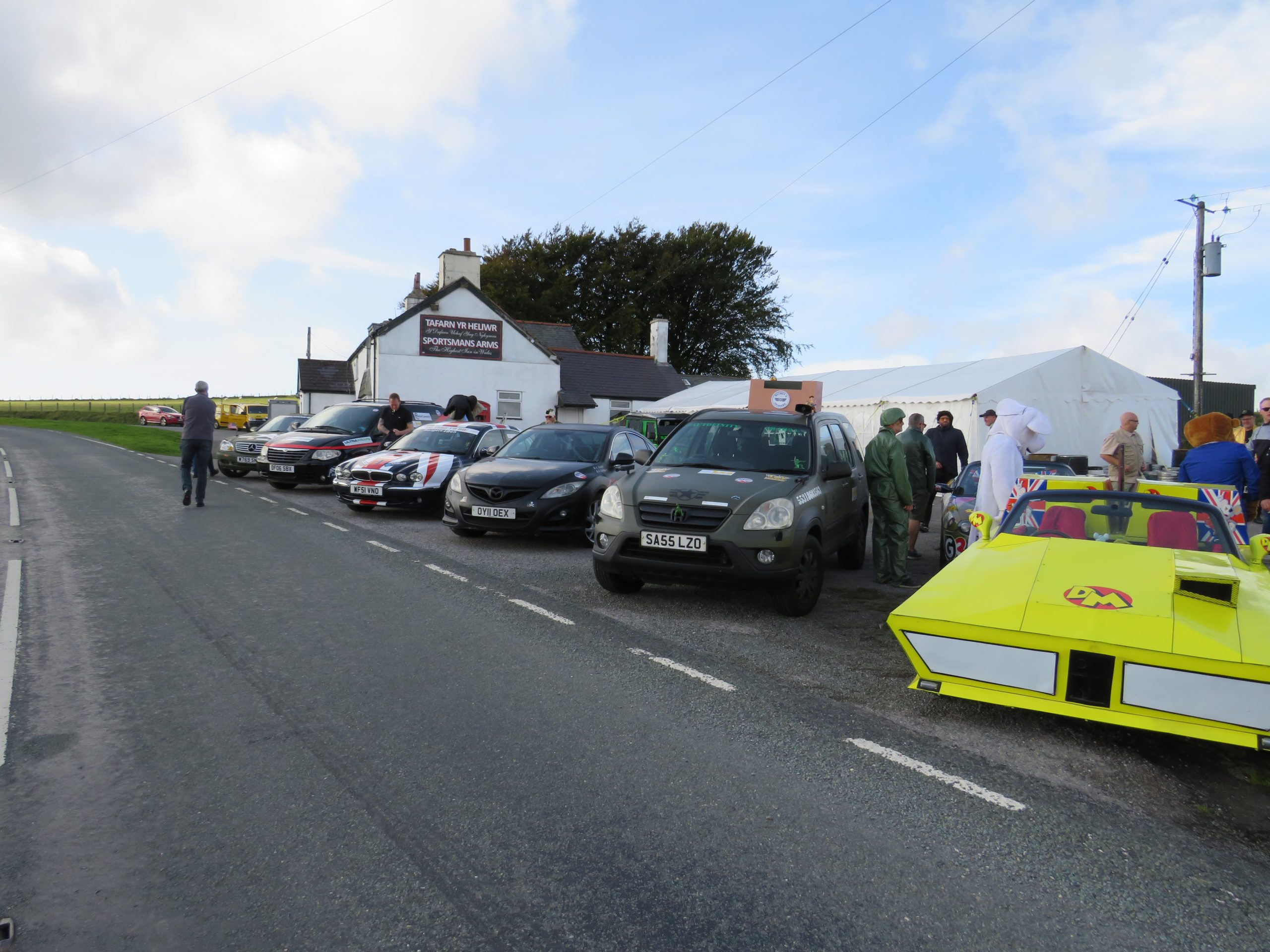 We met at Podium Place for all of the reveals of the cars and to have some breakfast (thanks to Automotive Compliance).

Sporting Bears met us there and started the convoy to start the beginning of the journey and get us on route to Wales.

Day 1 route was Newbury to Telford via Beacons Reservoir, The Black Mountain Pass and Devil’s Staircase.

A few steep hills and hairpin bends to work through but everyone made it to the first night stop in Telford.

Emerald House of Cars were the talk of the day.  They should have started with us but their car couldn’t get them to the start line, after overnight work and a lot of determination they made it to Telford to start day 2 with us. 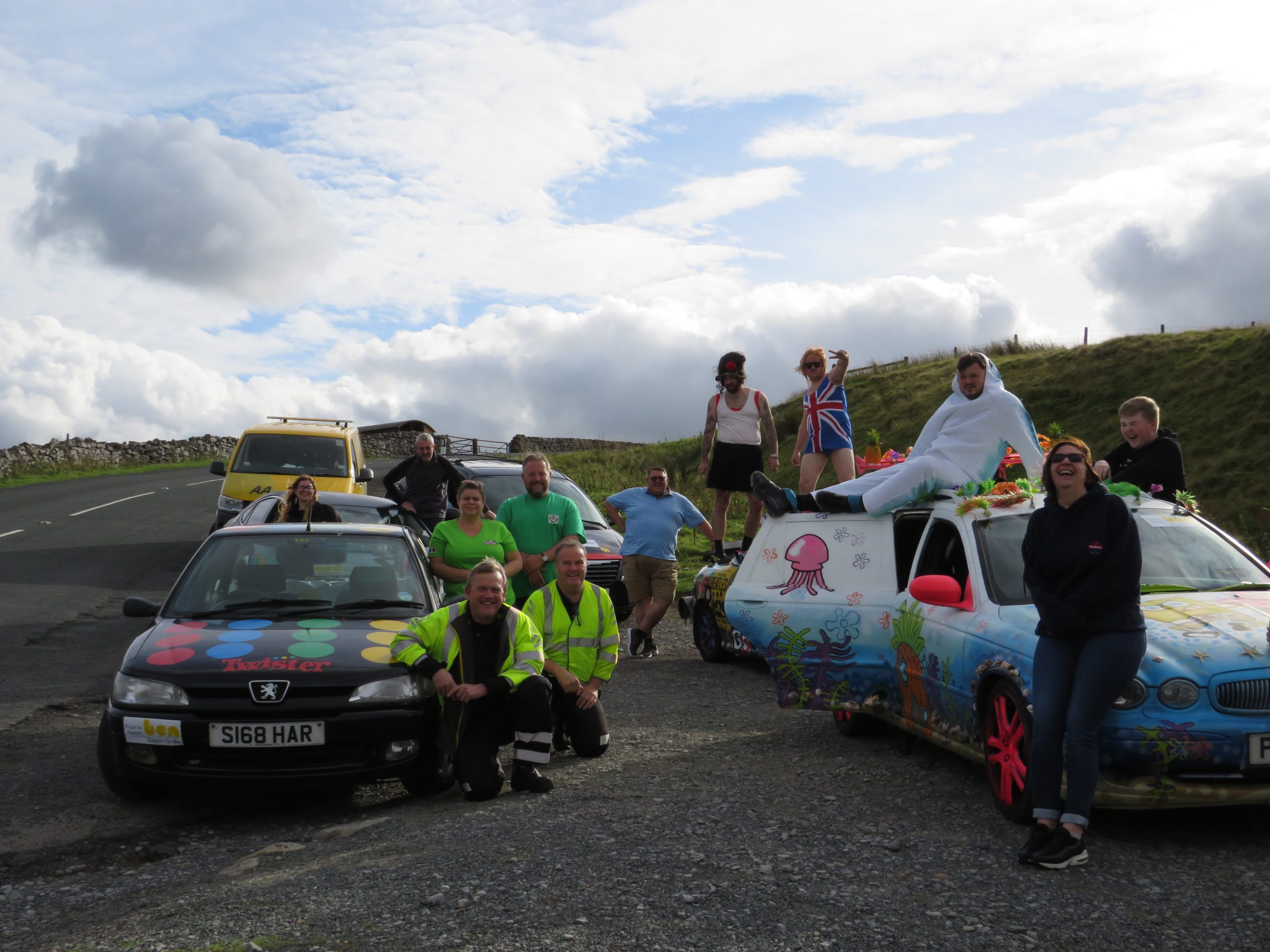 Setting off in convoy, day 2 saw us taking in the route Telford to Buxton via Evo Triangle, Peak District and Cat and Fiddle.

We kept together for the majority of the day and stopped at The Sportsman Arms, The highest pub in Wales just north point of Evo triangle to take in the vast moorland.

A quick stop for lunch at a nearby Lake cafe, the teams headed on through the Evo Triangle and onto a regroup at the Cat and Fiddle before finishing in Buxton for the night.

Car Quay rolled out the mobile disco, which they had setup to be at the back of their car for some interesting dance moves, anyone who danced had a donation made to their page by the guys. 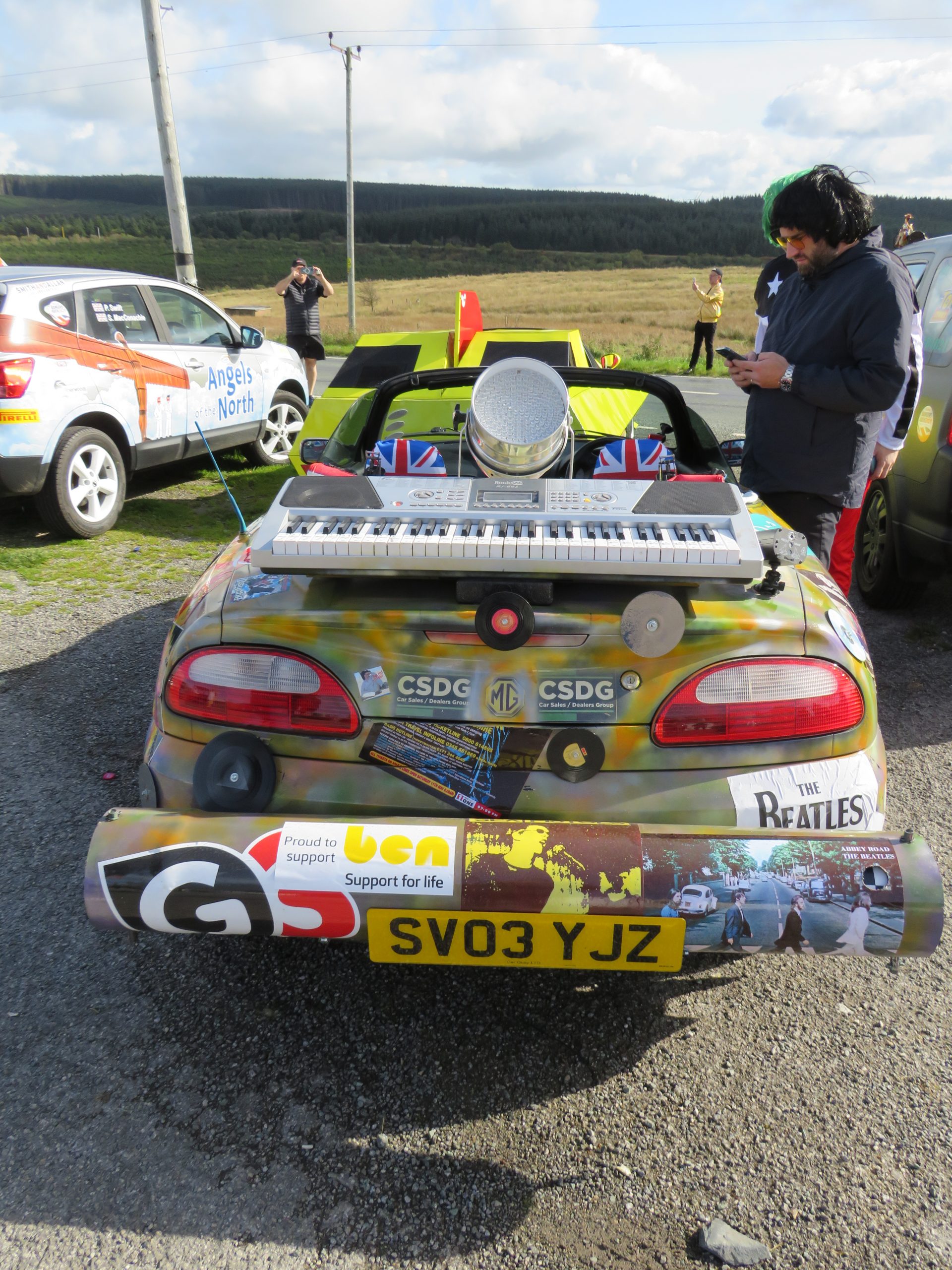 The views on all the days have been outstanding and today did not disappoint. Steep hills up can only mean one thing: vast views.

There was then a photo stop at Buttertubs pass before heading to York for the final night, where we held our awards night.

Best themed car went to Spongebob Squarepants, Best Fancy Dress went to Car Quay, and Judges choice to Emerald House of Cars for their sheer determination to make it to the start line.

Best Social Media was won by Autofinity who got their tweet shared by Barry Island after they did a de-tour and stop there on day 1. 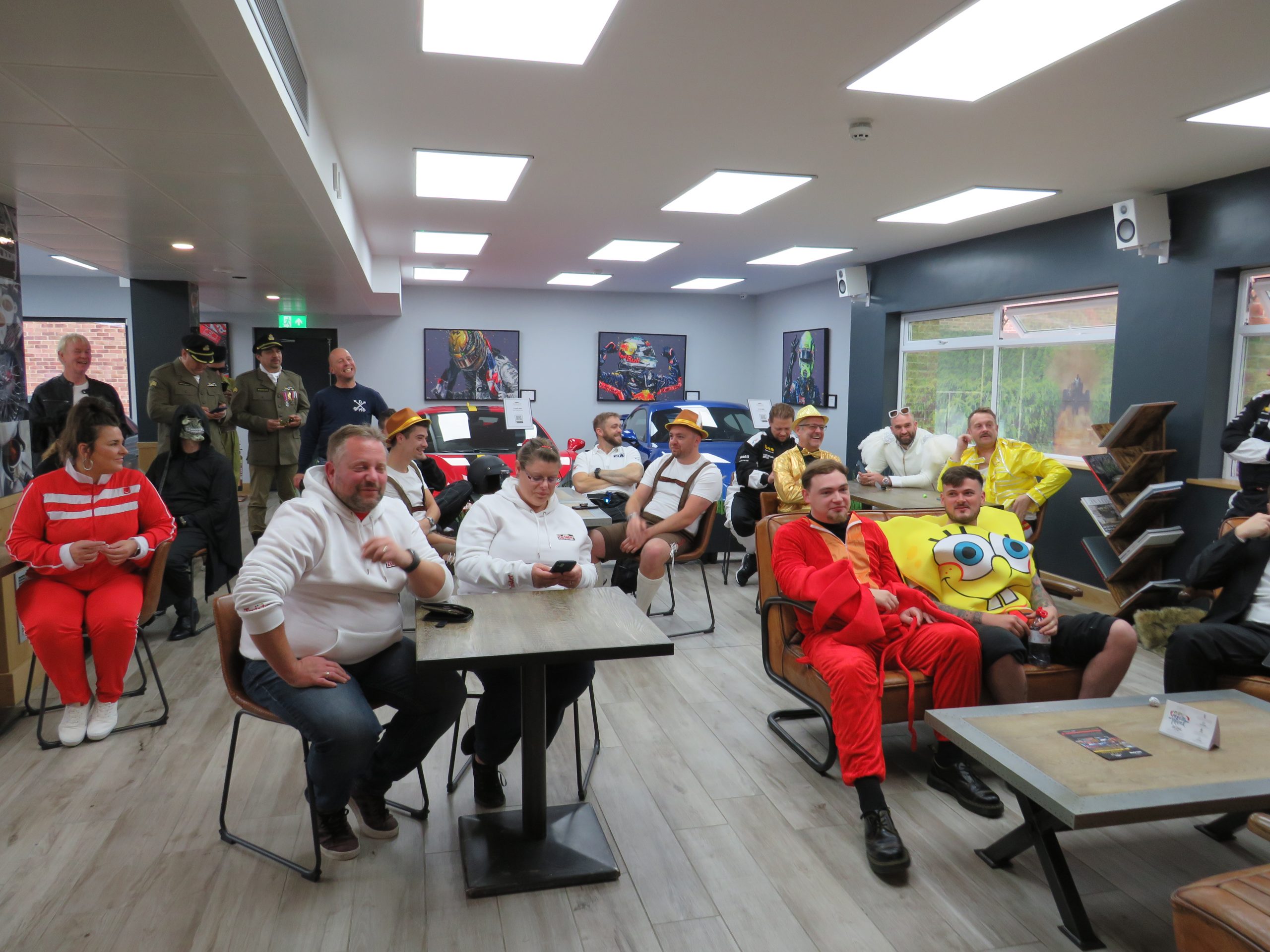 We will be heading from York to Ambergate via Derwent Dam, Robin Hood’s Cave before ending at the Great British Car Journey.

We also want to give our special thanks to Ssangyong for the support car, a Rexton which has been very comfortable through the windy roads. 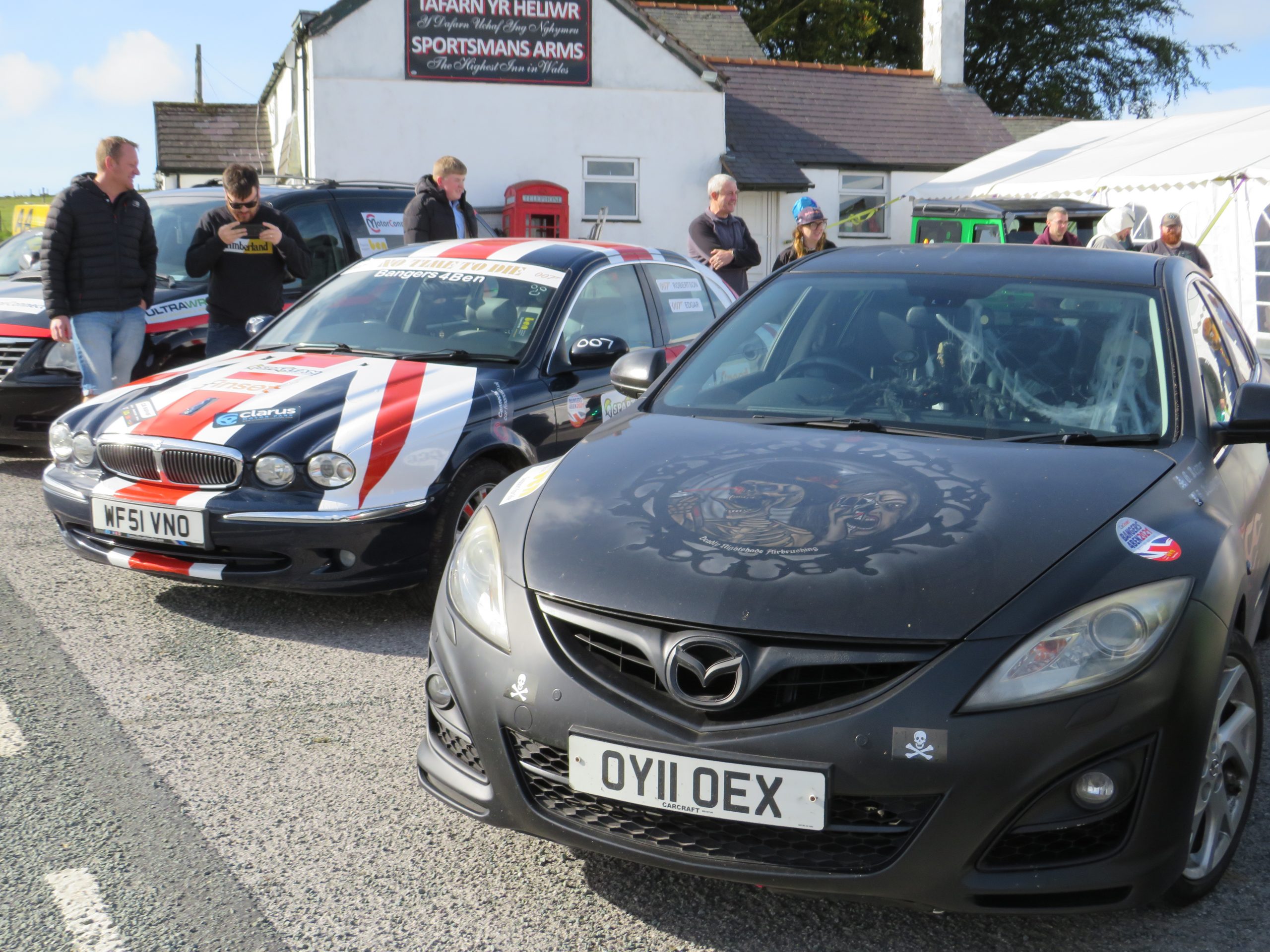