Home > News > Those big gas guzzlers could make a return… 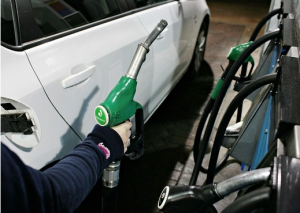 Those big gas guzzlers could make a return…

THE falling price of fuel could see a return of big gas guzzlers on our roads.

That’s the prediction of Glass’s, which reckons the cars could return in the  new and used markets.

Pump prices are at their lowest since 2009 – some garages are already selling unleaded fuel for under £1 a litre – and with a general increase in consumer confidence apparent, Glass’s says buyers are much more likely to consider buying a gas guzzler.

Rupert Pontin, Glass’s head of valuations, said: ‘The desirability of this type of car went into significant decline around five years ago as a direct result of increasing fuel prices allied with falling consumer confidence and greater Government austerity.

‘Popularity never really recovered. In recent years, a 3.0-litre medium-sized petrol or diesel saloon has lagged some way behind its 1.8 or 2.0 litre equivalent when it comes to retaining its value in the used market. Buyers have viewed them with suspicion.

‘However, with industry prices at around $50 for a barrel of oil, economic pundits predict it could be three years before prices return to the $105 recent peak seen in 2014, and even longer before we see a return to the record high of $144 of July 2008.

‘While no-one could call petrol and diesel prices exactly cheap, they are certainly falling to a level where some consumers won’t place fuel economy as high on their list of priorities as we have seen in recent years. Bigger engined cars are suddenly more viable.’

Pontin added that while this development was a positive in terms of a better commercial performance for larger-engined cars, it could also be bad news in environmental terms.

He said: ‘Bigger engine cars invariably mean more emissions of all kinds, while cheaper pump prices arguably also mean many car owners will feel less inclined to watch their fuel use quite as closely as they have done in recent years. None of which is good news for the environment.’