Home > News > Big Mike: The part-ex deal that left me feeling like a mug 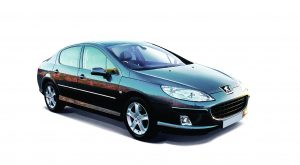 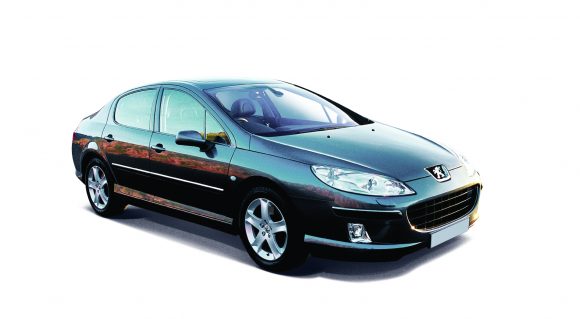 Big Mike: The part-ex deal that left me feeling like a mug

LAST week, I scrapped a car for a problem that, just a few years ago, would have been a fairly routine repair.

The vehicle in question was an otherwise perfectly good Peugeot 407 (if such a thing isn’t an oxymoron), and I’d taken it in part exchange in good faith.

Now, none of us is stupid. Cars are often a distress purchase, especially for people who aren’t interested in cars – Peugeot 407s even more so. As such, I was fully expecting there to be a problem or two to sort out, and the owner didn’t baulk at my offer of £700 for his part-ex.

Alas, after Matey Boy had driven off into the sunset at the wheel of his new-to-him Volvo V70, I quickly realised that the 407 was quite a bit poorly. You could drive it on a light throttle, but give it the beans and the clutch would start to slip.

That, of course, made it unsaleable. The next stage, then, is somewhere we’ve all been – deciding whether or not a fix would be viable.

The car had some merit. Not much, admittedly, but some. Significantly, it was a diesel.

And while Dirty Diesel may have suddenly become Public Enemy Number One in the eyes of the environmentalists (a word that, I’m always amused to acknowledge, ends in ‘mentalists’), it still carries some weight in the world of the frugal motorist, especially the type of penny-pincher that can’t see past what they might pay at the pumps.

Should they ever need to swap out a clutch, however, the equation becomes a very different one.

First of all, there’s the clutch kit itself. Even shopping around for pattern parts, I was looking at £150-200. From Peugeot, a whopping £450.

Compare that, if you will, with the clutch I sourced for a Rover 25 the other week, which cost me a grand total of £27.
Then there was the labour.

Naturally, being a modern-ish diesel, the 407 had a dual mass flywheel.

And unsurprisingly, the tell-tale ‘dink, dink, dink’ noise was there that suggested that it, too, was on the way out. Parts-wise, another £200…

When you consider that the forecourt value for a 2007 407 HDi SE with 120,000 miles on the clock is about £1,500, and that anything French and about to enter its second decade ranks somewhere between ‘gamble’ and ‘time bomb’ in the psyche of most buyers, you can see that, even without labour, I was already well invested.

As for the actual physical repair? Well, the book said eight hours for one technician. Imagine that – an entire day of your life buried deep inside the ugly bits of a Peugeot 407: a car that had already had a sideways glance off the ugly stick as it left the production line.

Even with mates’ rates from my favourite under-the-arches repairer Big Fat John (also known as ‘The BFJ’, or ‘Johnny Cash’ because he’s nearly always covered head to toe in something black and only accepts one form of payment), I’d be looking at twenty quid an hour plus 200 Lambert & Butler, lots of moaning and – at the end of it – a rather mediocre, aged Peugeot whose only redeeming feature is its ability to get 50 miserable miles out of every gallon of slimy, smelly fuel. Nah, for fifteen hundred quid, give me an old Jag any day…

So, an expensive lesson learnt. With the £700 that I’d allowed, plus parts, plus labour, I’d get out of it at break-even at best, which sounded a right load of hassle.

Instead, The BFJ and I spent a rather satisfying Saturday afternoon tearing it apart limb from limb (I did chuckle to myself, though, when the man with the spanners started singing ‘One Piece at a Time’ as he dismantled the pestilent Pug, completely unaware of his other nickname).

The shell we filled with  other bits of scrap metal and weighed in  for a hundred nicker. £600 to go to get my money back…

Right now, the 407 is currently advertised on eBay – all 1,206 listings of it. One thing a car dealer hates doing is losing money, so if I can part it out, even at a quid  per component, I’ll be happy.

And in the meantime, here’s a piece of advice. Neither petrol cars nor automatic ones will ever win any fuel economy competitions, but in terms of modern technology both of them will save you a whole load of hassle and heartache in the long run.

And if you’re in the market for a 10-year-old, mid-spec, manual, diesel Peugeot 407, what on earth are you doing reading a car magazine?

MORE: The 23-year-old BMW buyer who turned to Instagram to get his dream car

MORE: Franchise dealers to be targeted by RAC Dealer Network