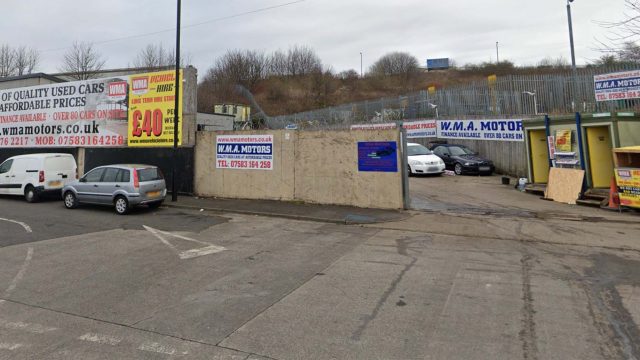 A dealership and garage in Newcastle upon Tyne has been left counting the cost after a huge fire broke out at its premises.

The blaze at WMA Motors in St Lawrence Road, Byker, is believed to have been caused by fuel in the workshop catching fire, but police and the fire and rescue service said they didn’t believe there was any malicious intent.

The incident, which is said to have caused extensive damage to the garage, happened on Wednesday afternoon (Nov 10). Nobody was inside and there were no reports of injuries.

Tyne & Wear Fire & Rescue Service said it received the emergency call at 4.10pm, and crews were on the scene in five minutes.

Six appliances attended in all, with members of the public reporting seeing plumes of smoke from miles away.

The crews’ quick response in bringing the blaze under control and surrounding it meant it didn’t spread from the repair shop to the sales area where there were some 35 cars, said Chronicle Live.

Firefighters stayed there until 7.55pm to make sure the area was safe, and said via its Twitter account: ‘A huge well done to everyone involved in our response to the fire in Byker.

‘It is a difficult time for that business but we wanted to say a huge thank you to everyone involved in making sure we could respond to the fire so quickly.

‘That includes the crews on the front line, the incredible staff in our Control Room and the other agencies who also supported our operation.

‘Everyone played their part and we hope it underlines our commitment to creating the safest community here in Tyne and Wear.’

Earlier, the service tweeted: ‘We are thankful that nobody was injured in what was a significant fire.’

Car Dealer has contacted WMA Motors for a comment.