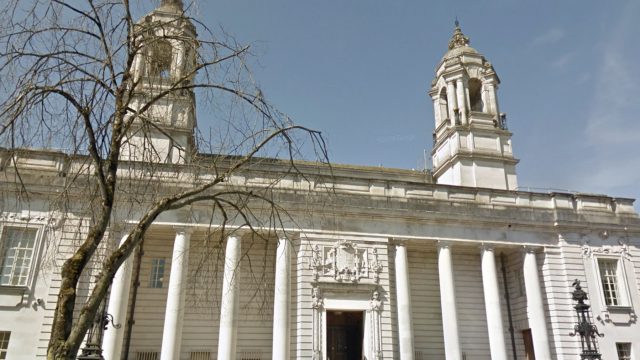 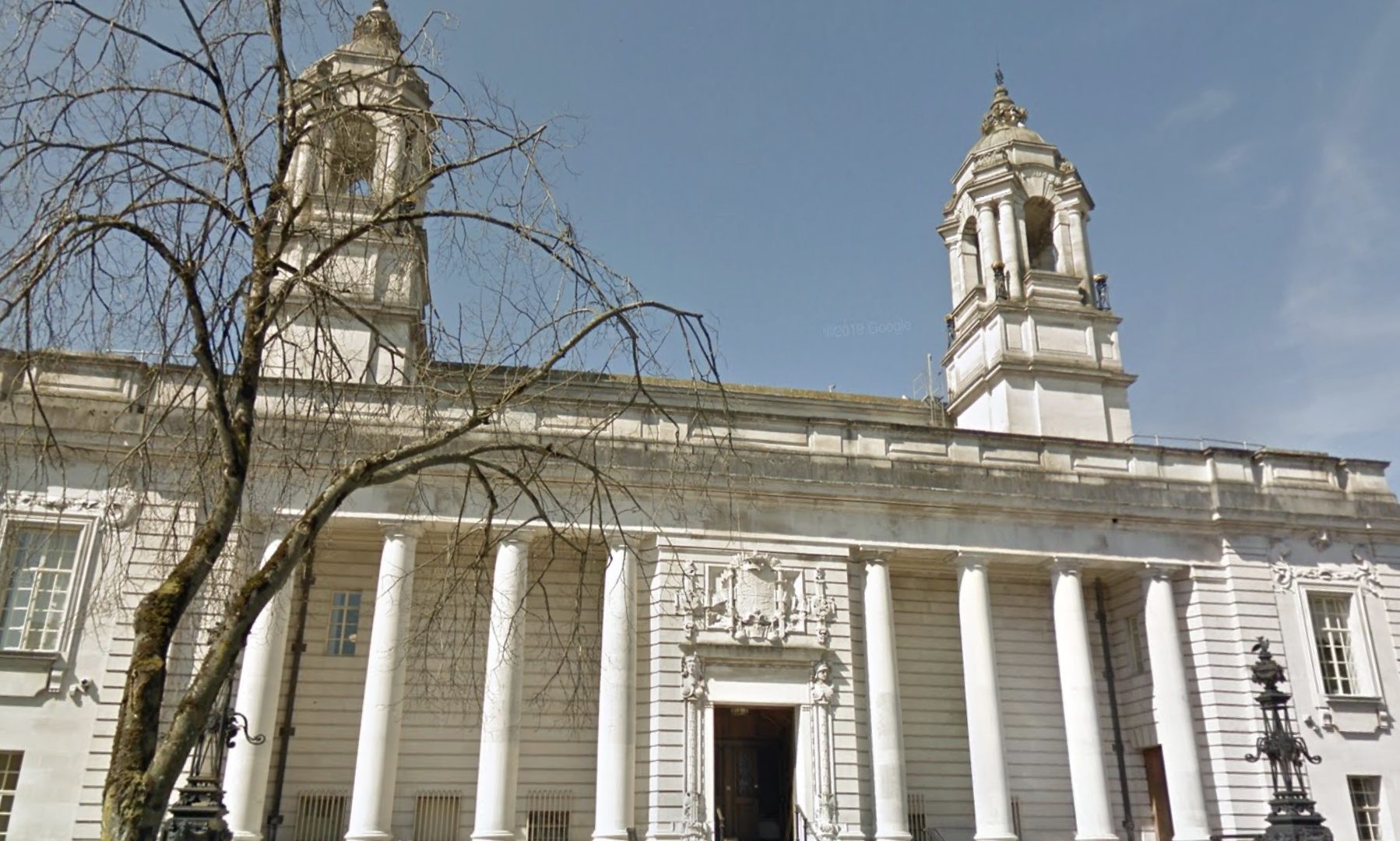 A burglar decided that Cheaper Car Sales Garage’s prices weren’t quite cheap enough when he chose to break in during the early hours of September 18.

However, Christopher Lawrence failed to get away with any vehicles when officers were called to the car dealership in Caerphilly.

A passer by called 999 after spotting him. Lawrence, 41 of Howard Drive, was found hiding in the toilet after police kicked the door in.

He pleaded guilty to burglary with intent when he appeared at Cardiff Crown Court, pictured, on November 1.

The court heard how he had caused £2,350 worth of damage when he broke into the property using a chisel, crowbar and screwdriver.

Recorder Greg Bull QC said that the defendant had wanted to steal the car ‘to visit a sick friend’ but agreed with his own representation that his only real mitigation was his early guilty plea.

He added that the ‘serious vandalism’ was an ‘aggravating feature’, and Lawrence was sentenced to 16 months in prison.

Nik Strobl, prosecuting, said police arrived shortly after while Lawrence was still inside.

According to the South Wales Argus, he said: ‘They kicked down the door and, after a short struggle, he was arrested.’

Strobl added that Lawrence had previously been jailed for another burglary at a non-dwelling in October 2019 at Merthyr Tydfil Crown Court, as well as another burglary in 2018 for which he was given a 12-month prison sentence.