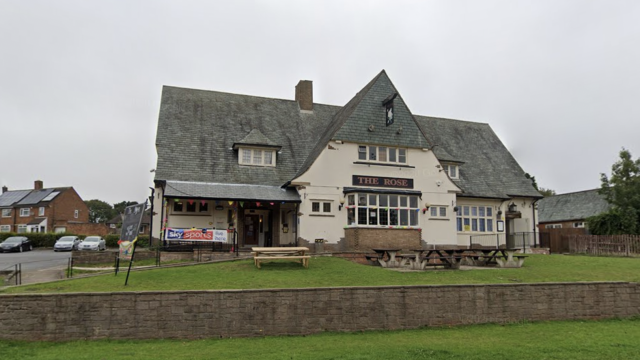 A used car salesman said ‘ta-ra duck’ to a magistrate in a bizarre rant after being told he faced prison for brandishing a knife.

Michael Scanlon, from Strelley, Notts, was appearing at court following an incident outside a local pub, Nottinghamshire Live reported.

He had been drinking after the death of a friend when he became involved in a car park brawl with a man allegedly carrying a hammer.

The defendant was punched to the floor in the fight before spotting a large knife on the ground.

He picked up the blade and flashed it at his attacker and another man in order to to warn them off.

The police were called and Scanlon attempted to hide the weapon in a bush.

He has now appeared at Nottingham Magistrates’ Court where he was locked up for 17 weeks after admitting to the charges.

After being told by the chairwoman of the bench that his crimes crossed the custody threshold, Scanlon launched a verbal tirade.

As a result of his unusual outburst, Scanlon was taken down into custody before refusing to return to court for the resumption of the hearing.

As well as his sentence, the defendant was ordered to pay a victim surcharge of £128.

The incident was captured on CCTV at The Rose Inn in Strelley.

Scanlon has a business buying and selling cars at auction but has been on income support for some time, largely due to auction rooms being closed during the Covid-19 pandemic.