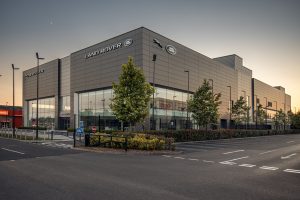 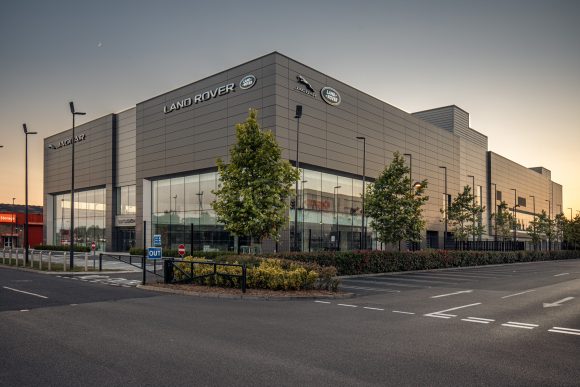 Jaguar’s dealers will remain at the heart of its operations despite the manufacturer’s growing ‘buy online’ offering, according to the firm’s sales director.

Alongside sister brand Land Rover, Jaguar began trying out a new online buying service for customers last year – then ramped it up to be fully operational in May as a result of the coronavirus restrictions.

And despite a rising number of brands following suit, Jaguar Land Rover sales director Scott Dicken said the online offering was there to build a relationship between a customer and a retailer, not offer a direct sale.

‘Ultimately, our online buying solution will take a customer at the start of their journey and quickly move them into the retailer network, and the relationship is between the retailer and the customer, not as a direct sale,’ he said.

Jaguar has 84 dealerships across the UK and in August opened a Guy Salmon ‘statement site’ in Sunbury-on-Thames, as reported by Car Dealer.

It can fit 130 vehicles across five floors, with the build itself measuring 17,000 square metres and costing millions to complete.

Dickens added: ‘We still very much have a bricks-and-mortar retail network at the heart of the sales process.

‘That’s down to the fact we still sell our cars through a franchised retailer model, so our online sales process is designed to work with the franchised detailer network but gives customers a more qualified understanding of the car they want to buy.’

He was speaking ahead of updated versions of its XE and XF saloons being released, with the firm now having a new ‘take to market’ strategy for these cars.

This includes cutting list prices by as much as 18 per cent to reflect some of the discounts that would be offered anyway.

The number of XE and XF derivatives have also halved, with Dickens saying that only the more popular trims and specs remain, as well as those with the best residual values.

‘The XE and XF are in one of the more competitive segments in the automotive industry, and we’ve really thrown ourselves in with the big boys.

‘Taking on BMW, Audi and Mercedes on is really a big challenge, and this is why we’re looking at it more holistically.’

Last week, the Land Rover Defender was named the Car Dealer Power Car of the Year and Jaguar Land Rover UK MD Rawdon Glover chatted to us about the win and his thoughts on the current market.

You can watch that interview below.