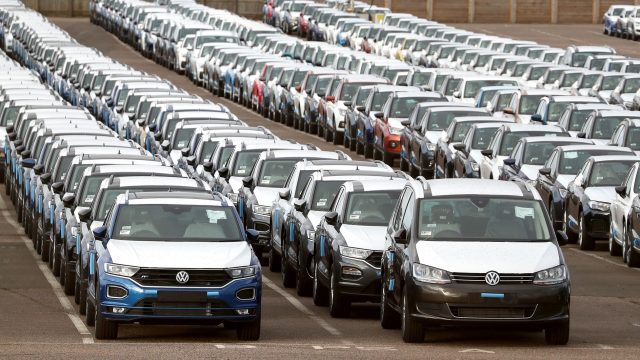 Car ownership in the UK dipped slightly last year according to new data released today (May 31) by the SMMT – the first consecutive annual decrease in more than a century.

However, the number of overall vehicles went UP.

The trade body said new car registrations were broadly static at 1.65m because of major shortages of key components and disruptions to supply chains, but car ownership fell by 0.2 per cent to 35,023,652 vehicles.

It was the second year in a row that the car parc has decreased and the first time the UK has experienced consecutive falls in more than 100 years – the previous recorded consecutive decline was between 1915 and 1918.

More advanced technology and the greater reliability of new vehicles had also been influencing factors on the drop in the number of new cars.

Lockdowns had seen people holding on to their cars for longer as well, with the average car age reaching a record high of 8.7 years – more than a year older than in 2012.

The SMMT said that meant some 8.4m cars – just under a quarter of those on the road – were now more than 13 years old.

However, when figures for LCVs, HGVs, buses and coaches are taken into account, the number of vehicles on the roads rose by 0.4 per cent to 40,506,971. 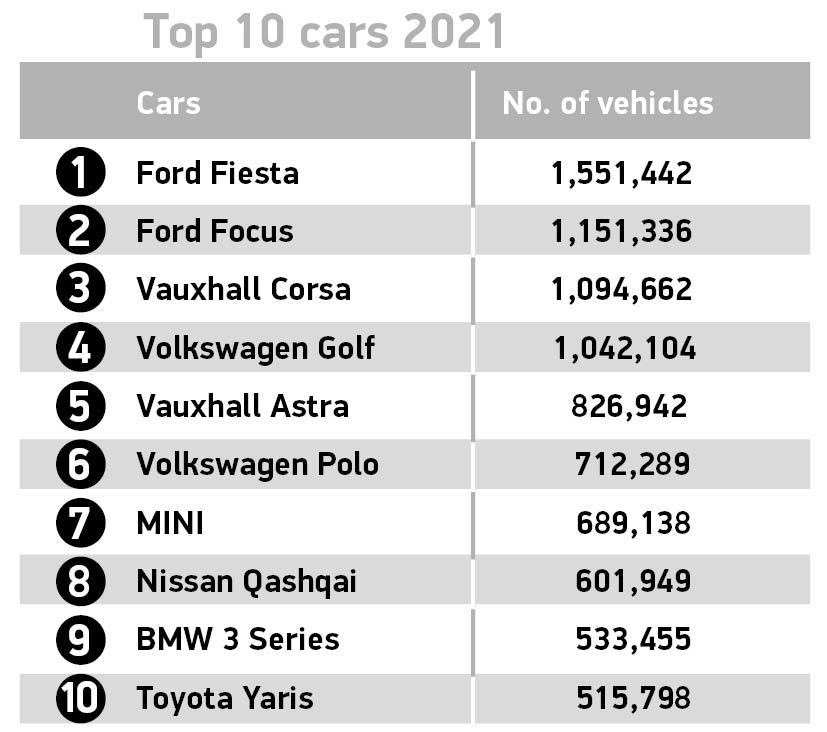 Meanwhile, a decade of year-on-year decreases in the bus and coach parc ended with 1.1 per cent growth to 74,451 units.

However, it was still at its second-lowest level since records began in 1994, thanks to lockdowns and pandemic-related changes in passenger behaviour leading to reduced services and less demand from operators.

And while electric car uptake is growing rapidly, now accounting for some one in five new registrations, the SMMT said plug-ins still only made up around one in 50 cars on the roads. 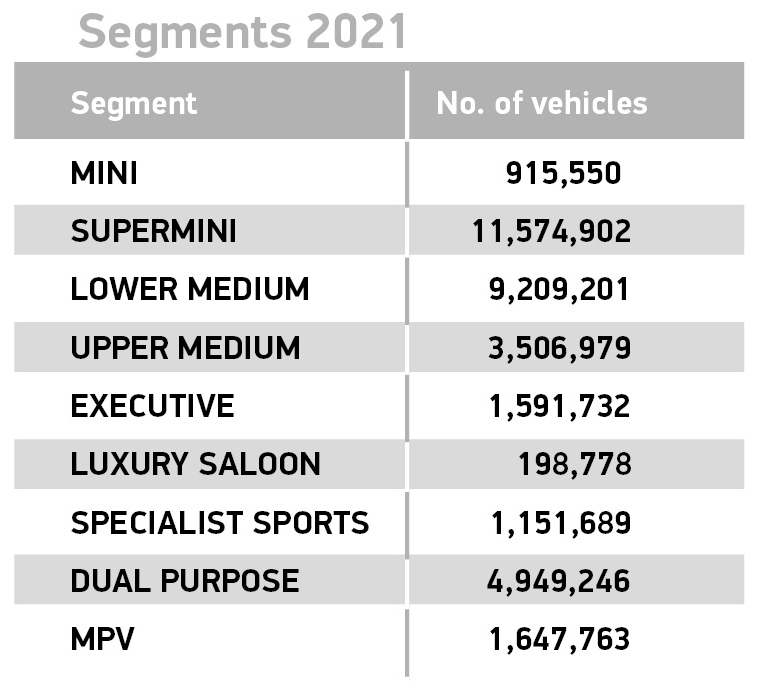 On the other hand, there are some 20.5m petrol cars and 13m diesels, comprising 58.6 per cent and 37.1 per cent of the car parc respectively.

Electric car uptake was also found to vary dramatically across the UK.

Nearly a third (33.1 per cent ) of all plug-in cars are registered in London and the south-east, representing three per cent and 2.6 per cent of all cars in each area.

In contrast, 1.5 per cent of cars in the West Midlands are plug-in electric, 1.9 per cent in Yorkshire and Humberside, and 0.9 per cent in the north-east.

Differences in uptake could also be seen across the four nations, with plug-ins comprising 2.2 per cent of cars in England, 1.6 per cent in Scotland and 0.8 per cent in Wales and Northern Ireland.

The majority of plug-in cars – 58.8 per cent – are registered to businesses rather than people, which the SMMT said reflected the fact that firms received broader, more generous incentives to make the switch than did private consumers.

Mike Hawes, SMMT chief executive, said: ‘The first consecutive annual fall in vehicle numbers in more than a century shows how significantly the pandemic has impacted on the industry, leading Britons to hold on to their cars for longer.

There could be worse to come as regards car ownership, though.

Jim Holder, editorial director of What Car?, said: ‘With the cost of living expected to rise significantly over the coming 12 months, it’s not unreasonable to expect car ownership falling for the third consecutive year next year.

‘For an industry that is already grappling with semiconductor shortages, this adds to the list of concerns for both manufacturers and policymakers.’