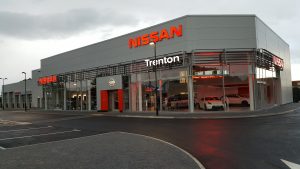 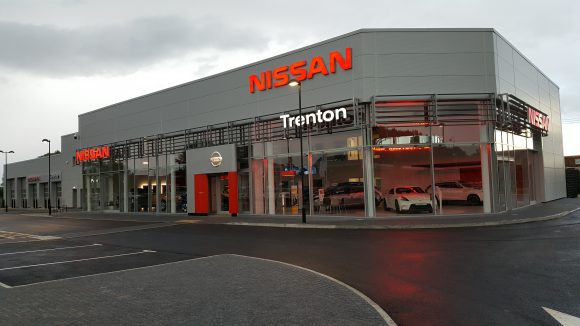 HUNDREDS of people attended the official opening of a new Nissan dealership in Grimsby.

Excitement filled the air as Trenton Nissan in Altyre Way opened its doors for the first time with an action-packed family fun weekend. 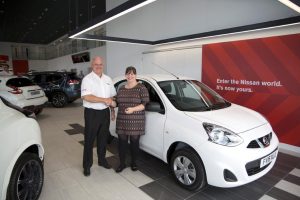 Andrew Woodhall, brand manager at Trenton Nissan Grimsby, handing over the keys to a brand new Micra to Denise Greenwood

Those attending were treated to attractions such as a rodeo bull and Formula One simulator as the £3 million dealership celebrated in style.

And as part of a competition with local radio station Viking FM, Denise Greenwood from Grimsby won a new Micra.

The opening of the new outlet, which has created 35 jobs in the town, is part of the ambitious growth plans of the family-owned parent company Trenton Group.

Founded more than 30 years ago, Trenton Group operates three thriving outlets in nearby Hull, including the city’s successful Nissan franchise.

The opening also marks a welcome return to Grimsby for Nissan.

Andrew Woodhall, brand manager at Trenton Nissan in Grimsby, said: ‘We had such an overwhelming response from local people during the building process that we felt the family weekend was a great way of officially opening the new site.

‘We were absolutely delighted so many people came along to help us celebrate.’

MORE: Autonomous driving to feature on Qashqai from 2017

On SuperUnleaded.com: Drive-Through Pranksters Get More Than They Bargained For