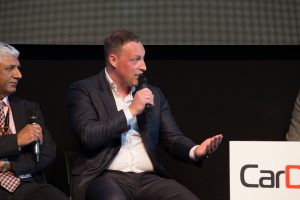 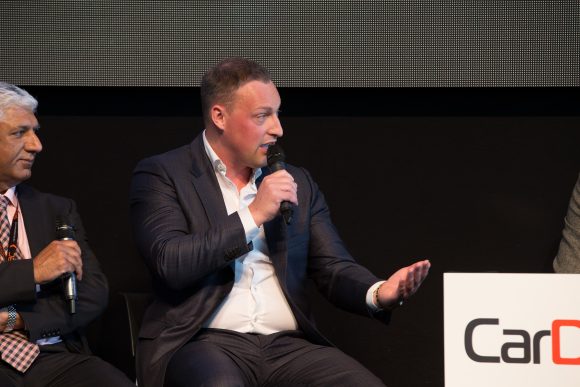 CarShop CEO Jonathan Dunkley has left the business after helping grow the car supermarket to a £550m turnover last year.

Dunkley announced on LinkedIn that he had now left the position he resigned from earlier this year and will ‘make an announcement on what is next soon’.

CarShop was acquired by Sytner in January of 2017 for an undisclosed sum and that was quickly followed up by the acquisition and integration of The Car People, which doubled the used car business.

Also leaving the firm yesterday was Brian Scott, chief financial officer, who was part of the sale of CarShop to Sytner too.

Writing on the social media site yesterday, Dunkley said: ‘After 17 amazing years as a CarShop employee, yesterday was my final official day having resigned my position as CEO earlier in the year.

‘It has been a huge honour and pleasure to work in such a great business that has certainly played a huge role in shaping the person that I am today.

‘I have learnt an enormous amount, been challenged and fulfilled, had loads of fun and most importantly made some hugely valuable memories and friends that I will cherish forever.’

Dunkley said he is proud to call CarShop his ‘first legacy’ having grown the business from a £200m turnover in 2013 to the ‘hugely successful and sophisticated £700m business that it is today’.

‘I am confident that with Sytner’s continued investment and with the support of the fantastic team that I leave behind, that CarShop will continue on its journey of growth and continue to help lead the evolution of the marketplace.’

Dunkley worked his way up from a sales executive at CarShop in 2002 through the business to eventually take the CEO position in January 2013.

Hinting at a next step that will likely be within the car retailer world, Dunkley said he is sure he’ll see ‘many of you again soon’ and added that ‘another announcement on what is next for me will follow soon’.

However, for now, his status is set at ‘enjoying some time off before moving on to the next exciting venture’.

Scott, also writing on LinkedIn, added: ‘Having handed over the reins over the last few months I wish everyone involved in the business all the best for the future.

‘As for me I will now turn my attention towards home schooling and my golf handicap for a few months before deciding what comes next! Thanks all and keep safe!’