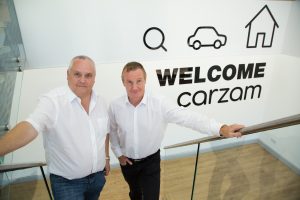 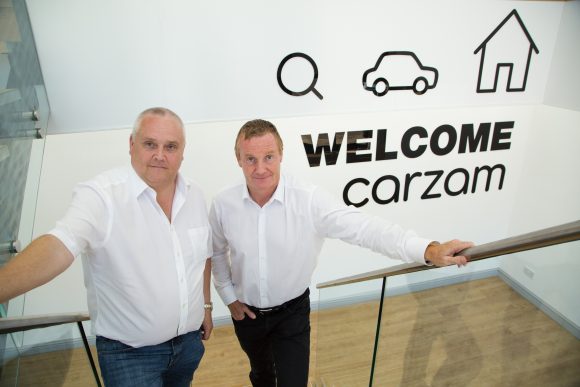 A message on the used car disruptor’s website says that Carzam Limited is now in voluntary receivership.

All cars have been removed from sale and a simple note reads: ‘Adam Stephens and Greg Palfrey of Smith & Williamson LLP were appointed Joint Administrators of Carzam Limited – in voluntary receivership on 31st May 2022.’

A company usually goes into receivership when a receiver is appointed by a secured creditor (normally the bank) who holds security over some or all of the company’s assets.

The receiver’s role is to manage the assets of the business and to recover all or part of the debt for the secured creditor.

Carzam – started by Big Motoring World owner Peter Waddell and entrepreneur John Bailey in 2020 – was launched with an initial £50m investment from the pair.

Waddell told Car Dealer this evening: ‘As you know I went out of Carzam to build Big with Freshstream.

‘We put (Carzam) into voluntary receivership. I was only an investor in the end.

‘We only got a little bit of investment.

‘After Cazoo’s share price fell, (and with rivals) losing massive amounts of money we couldn’t get investment, is the truth.’

Carzam launched late in 2020 with a promise to ‘accelerate motor trade change’.

Used car buyers could select cars on the website and have them delivered to their homes.

Car Dealer followed the business’ launch with a visit to the firm’s prep centre in Peterborough (video above) in 2020 and tried the service out in 2021 (see video below).

The site was designed to be a rival to Cazoo and Constellation Automotive Group’s Cinch.

Cazoo has had its fair share of troubles – its share price has plummeted 86 per cent since it listed on the NYSE.

Little is known about Cinch’s performance as its parent firm shares little about its performance.

Many in the motor trade, though, believed out of the three ‘disruptors’, Carzam had the best possible chance of succeeding.

‘Rumours have circled for sometime now that Carzam was for sale and that it was needing emergency funding, however to see it now in liquidation is a real shock.

‘This was the one, I felt, had a chance of succeeding as it was run by “car” people who knew the industry.

‘Clearly this is a big concern for the others like Cazoo, showing perhaps a single channel model simply doesn’t work.

‘Omni-channel is clearly the way forward – yet another effort to disrupt the space that has failed, really shows how resilient the dealer model is, if you ask me.’

‘I think that tells you something,’ he said.

‘The omni-channel, bricks-and-clicks combination I think is going to be the proven model in the sector – I think there’s very little doubt about that.’

The alarm bells began to sound at Carzam earlier this year after a series of high profile departures.

Initial investor Waddell resigned as a director in April as venture capitalists took a stake in his car supermarket business.

Freshstream took what is believed to be a multi-million-pound slice of Big Motoring World as former investor John Bailey resigned from the business.

The VC firm said its investment in Big – for an undisclosed sum – would ‘enable the business to accelerate its growth’ as it looks at ‘new geographies’.

Waddell told Car Dealer to ‘watch this space’ as he now focusses on his used car supermarket business.

What about Cazoo? To watch our special investigation into Carzam’s online used car rival watch our YouTube video here.