Home > News > CDX16: The 140 most influential dealers on Twitter to be named

CDX16: The 140 most influential dealers on Twitter to be named

THAT’S right, folks. Car Dealer Magazine’s prestigious list of the industry’s most influential dealers on Twitter has returned – and we’ll be announcing this year’s winners at CDX16 on May 24, 2016.

You may have noticed that we’ve changed the name from Top 150 to Top 140. For those of you who are keen tweeters, working out why we’ve made the change will be pretty self-explanatory… How many characters can you fit in a single tweet? 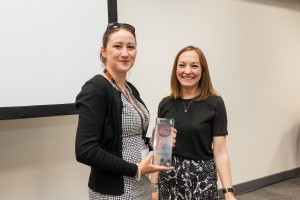 Since it was launched in 2013, the original list of the most influential dealers on Twitter has been highly anticipated by the motor trade, with many dealers lining up at our annual conference and expo to find out before anyone else where they were placed.

Last year, Georgina Parnell from Twitter UK (@parns) handed out the awards to our best-placed dealers and hosted a Q&A session with the delegates. We’re thrilled to announce that Twitter will be returning to CDX in 2016, with Lucy McHenry (@lucymchenry), head of agency sales at the social media giant, handing over the glitzy trophy to the most inspiring tweeter in the trade over the past 12 months.

Prestige Diesels was the overall winner in 2015, climbing from second to the top spot with an impressive margin of four Klout points, which is how we judge where you stand in the running order.

We use Klout to measure how influential you are on the popular social media site. If you have the same score as someone else we then move on to how many followers you have. A Klout score is a number given between one and 100, which takes into consideration a user’s interaction on Twitter to work out their overall influence – the higher the number, the more influential the user. 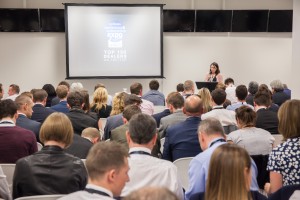 Highest Climber 2015:  Greenhous (@greenhous), which climbed 62 places on our list