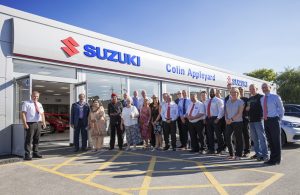 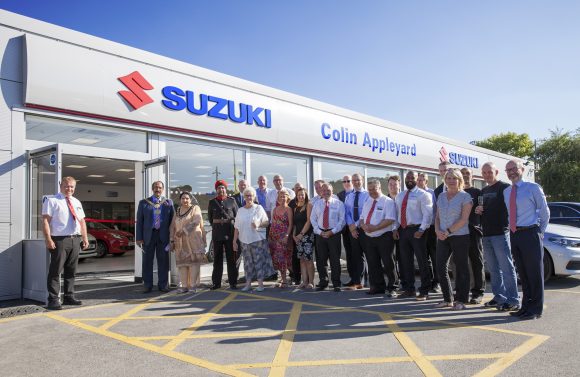 COLIN Appleyard Cars has opened its latest Suzuki dealership with a 12-car showroom, five-bay workshop and 30-car forecourt in Bradford.

The success of the branch forced a relocation from its old site in the nearby town of Shipley to this newer and larger location.

The team from the dealership were joined by local business representatives, Suzuki GB and the Lord Mayor and Lady Mayoress of Bradford for an official opening.

Managing director Robin Appleyard said: ‘The need for this move has been on the cards for some time. You could say we have been the victim of our own success! Not only will it help to heighten the company’s profile in West Yorkshire but will greatly enhance our customer’s buying and aftersales experience.’

Over the last two years, Colin Appleyard has invested heavily in its car dealers, most notably with the redevelopment of its Keighley Suzuki showroom, which is nearing completion.

In addition to Bradford and Keighley, Colin Appleyard also operates Suzuki sites in Huddersfield and Ashton-under-Lyne.

The company is also well-known locally for its motorcycle dealership, which caters for various leading motorcycle brands. This site is also in Keighley, as is their Nissan franchise.

Suzuki GB’s general manager for dealer development, Brian Hawkins, added: ‘Colin Appleyard was Suzuki’s first official car dealer in the UK and remains at the forefront of the company’s continued success. The move to Bradford is a logical step forward and demonstrates their confidence in the Suzuki marque as well as the potential for sales of our range of great value for money cars in the area.

‘It also highlights the success of Appleyard’s unique approach to customer service which, without doubt, is down to the professionalism and commitment of their staff.’