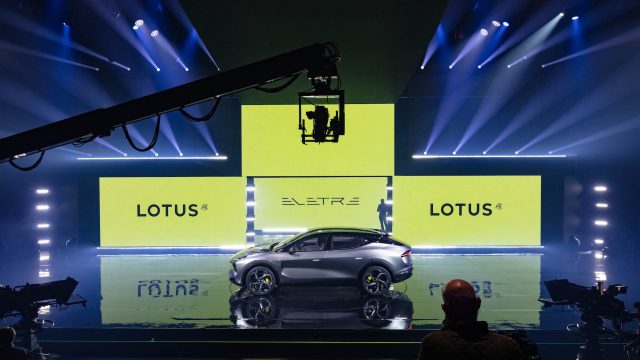 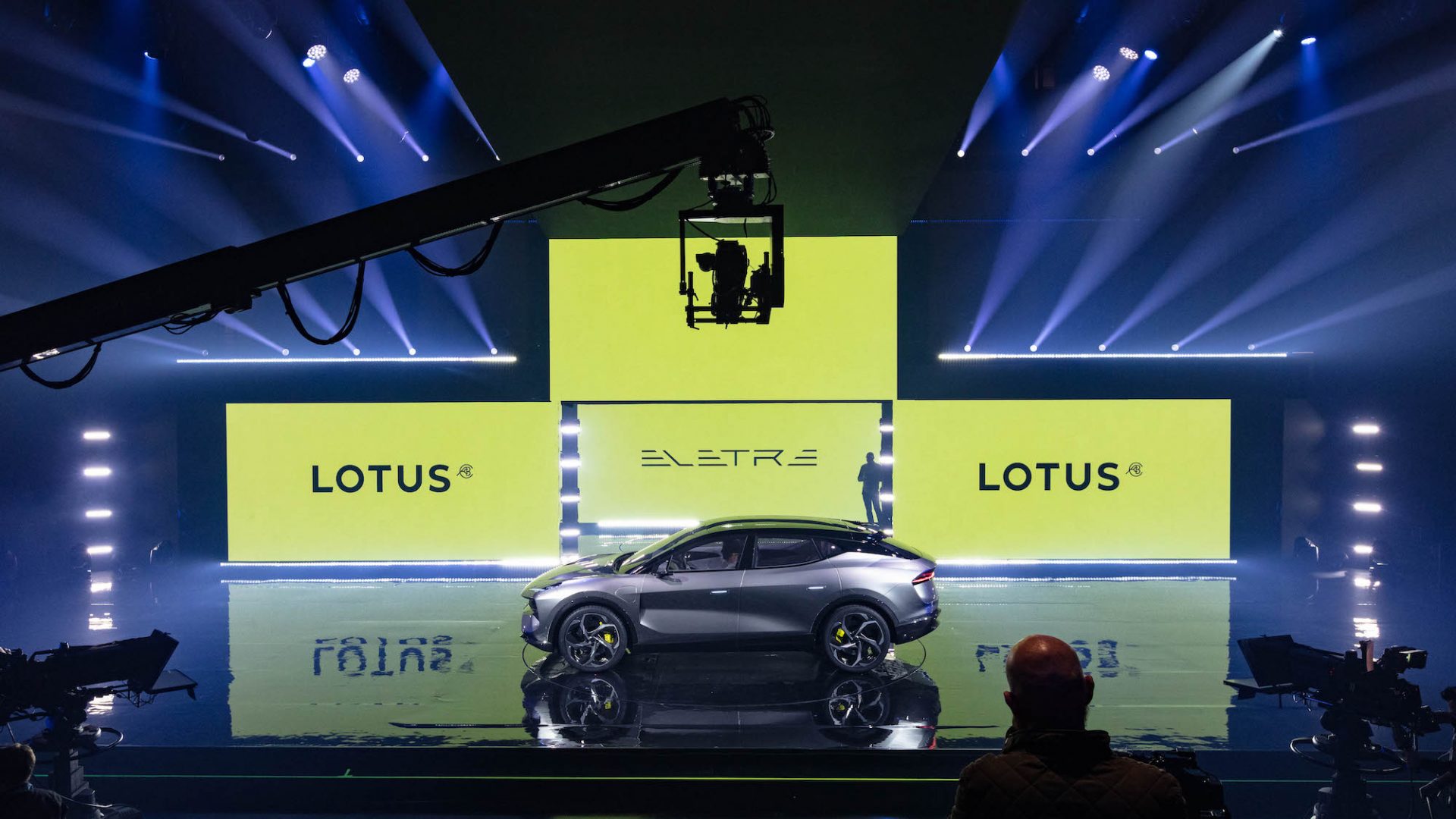 BBC Television Centre, London. It’s been home to Fawlty Towers, Doctor Who and Blue Peter over the decades, and the famous Studio 1 still puts on The Graham Norton Show.

But this week it was the place for something a little bit different – the global unveil of an electric SUV from another British institution, Lotus.

Sitting in the tiered seating normally used by laughing sitcom and chat show audiences, it was easy to be rapt by the enthusiasm whipped up by the Lotus senior management. This was a bold new direction for the brand, and they were rightly proud.

Outside, however, it was a slightly different audience reception. The reveal was live streamed around the world, and as the dancers did their thing on a stage shrouded in frozen ice and strobe lighting and brand ambassador Jenson Button quipped his order was already in, social media expressed disgust.

Catching a glimpse of the live stream over the shoulder of one Lotus executive, I saw the live stream’s comments section was riddled with accusations that by launching an SUV the British sports car maker was ‘diluting its brand’, and ‘Colin Chapman would be turning in his grave’. The fact the Eletre was powered not by a well balanced twin-cam four-cylinder engine but by electricity only made the haters whine even noisily.

But here’s the rub: car makers build cars to make money, otherwise they die. The irony is Lotus has for too long built cars that have appealed to such a niche group of people it’s a wonder it even existed by the time Chinese giant Geely bought a majority stake in it in 2017.

Lotus, a brand beloved by so many ‘petrolheads’ who’d never buy actually one of its cars, has been in financial peril so many times it’s easier to state the times it has been profitable. And yet, here’s a car that could add considerable quantities of cash to the coffers and it’s instantly dismissed by those who supposedly love the brand. 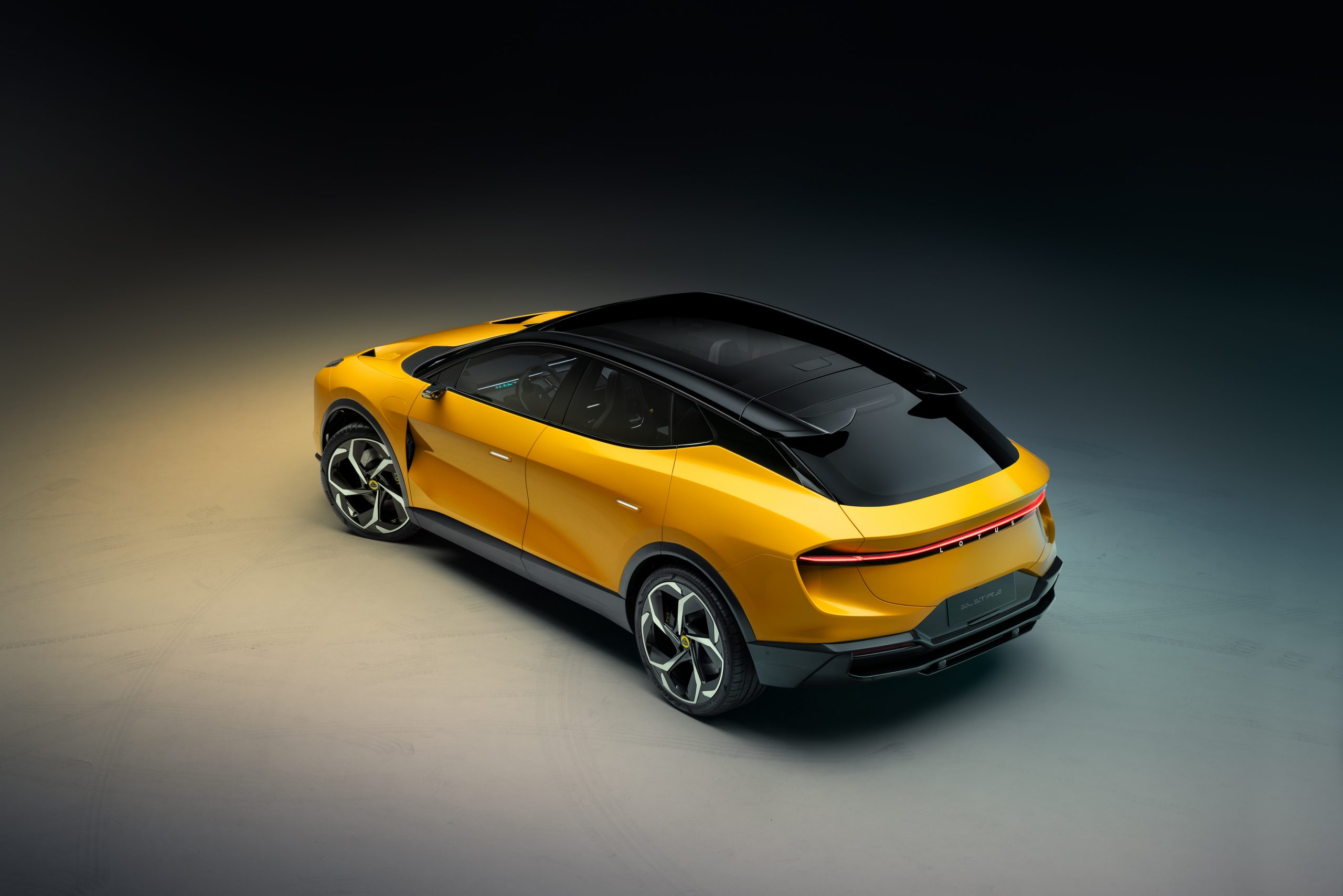 With around 600bhp from twin electric motors and amazingly clever wind-cheating aerodynamics, Lotus calls the Eletre a ‘hyper SUV’, effectively putting the car into another league compared to petrol-powered rivals from Porsche and Aston Martin. Not only that, but Eletre’s interior has the plushness of any other exotic performance brand’s SUV, only better.

Using Geely’s thick cheque book, enormous economies of scale and considerable electric know-how, Lotus has the potential to lead the way when it comes to the electric performance market. It’s a far cry from the dainty Elan of the 1960s, but so it should be.

Lots of dry ice in the legendary Studio 1 of BBC Television Centre for the new Lotus Eletre. This was the full reveal… @lotuscars @LotusCarsPR pic.twitter.com/vX7fUCxzhI

Built in China, the Eletre will in time be joined by a smaller Porsche Macan-sized electric SUV, an electric four-door saloon and a Hethel-built EV sports car. It’ll give Lotus’s 13 UK dealers – which are now fully signed up to an agency agreement – a product pipeline like they’ve never seen before.

But Lotus needs to expand its brand recognition outside of Norfolk, and to bring in a wealthier, more international customer base. For the markets Lotus needs to compete in and make money from, the average customer will likely not know of Lotus let alone Colin Chapman. Sports cars can’t woo these new buyers on their own – SUVs can.

With Geely pouring in millions of cash and the promise of Lotus becoming the Chinese firm’s halo brand, the future should be safe. I think it’s about time we all stopped moaning and perhaps even smiled knowing that Lotus is in good hands. 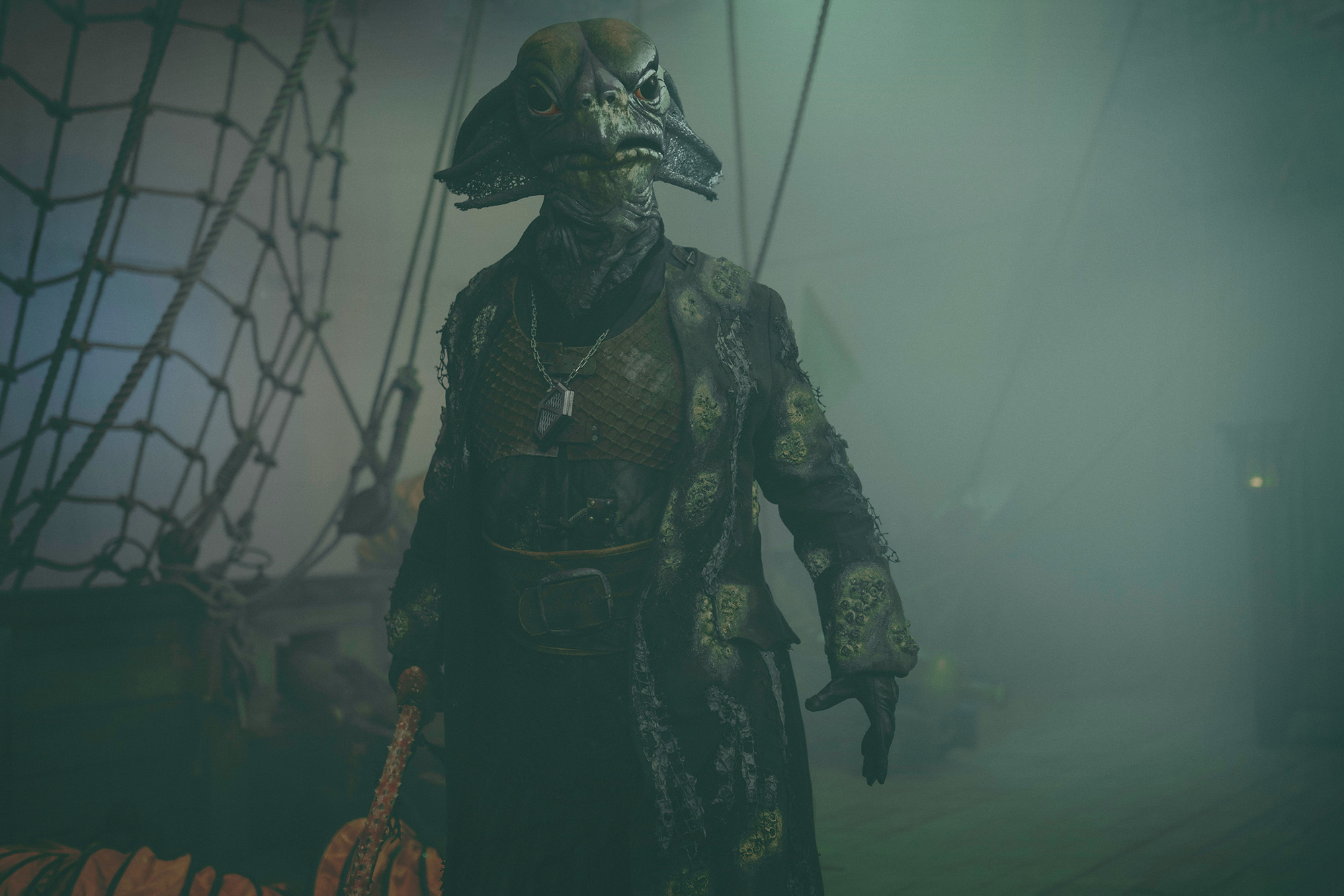 BBC TV Centre was home to Doctor Who in its classic era, and a 1972 Third Doctor story with Jon Pertwee in the title role featured Sea Devils as the monsters, as did a 1984 adventure when Peter Davison was the Fifth Doctor – now the Sea Devils are returning on Easter Sunday 2022 in a special episode in which they face the 13th Doctor as played by Jodie Whittaker. Image credit: BBC Studios/James Pardon. Image copyright: BBC Studios