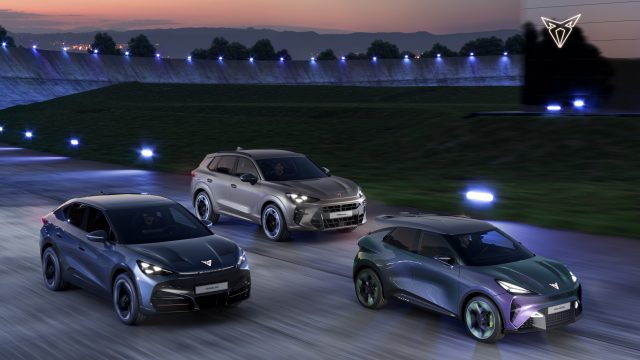 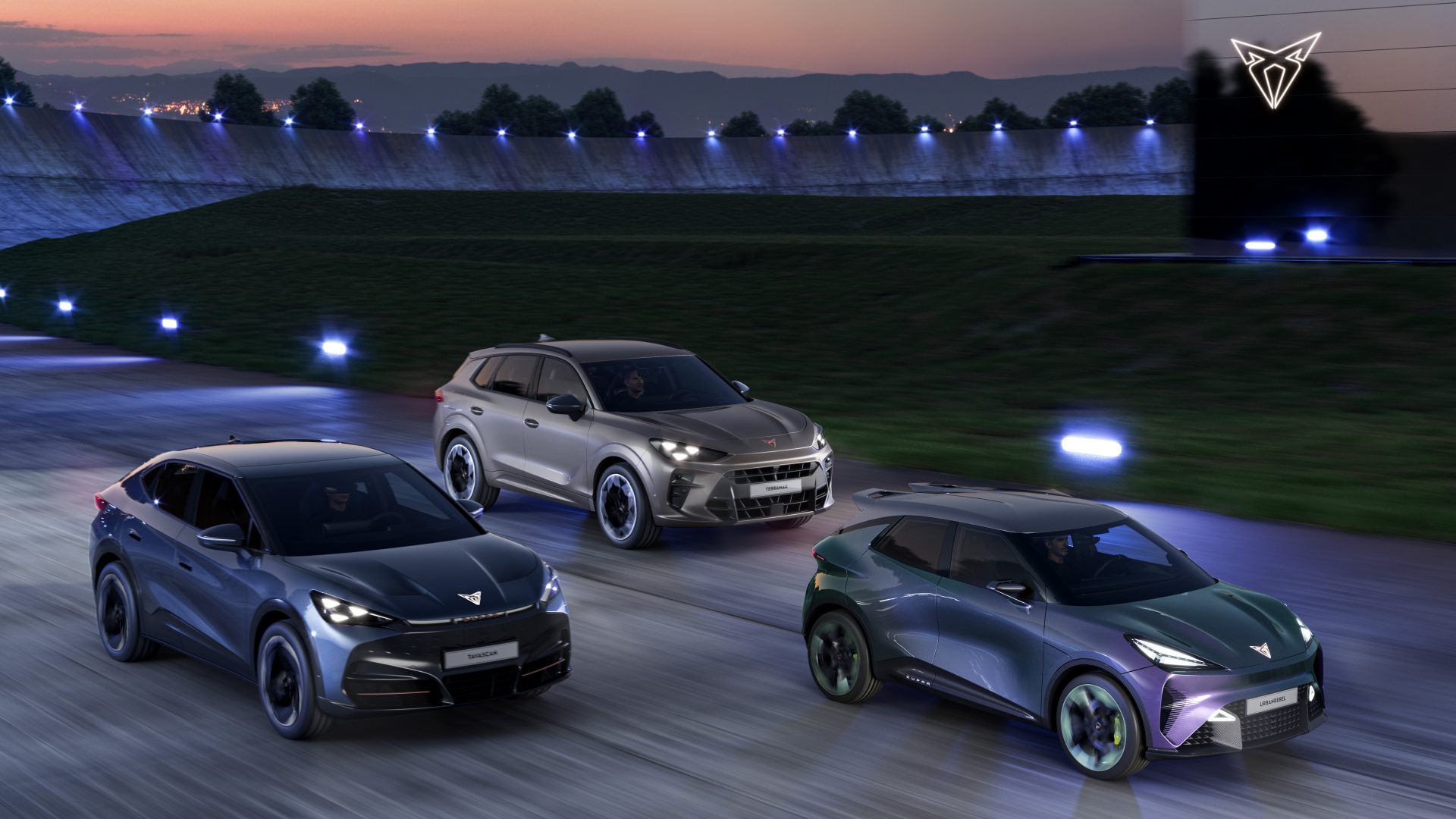 Cupra has unveiled a trio of new models as it looks to build brand awareness in a bid to increase sales.

The Spanish brand hosted a special event in its native country on Tuesday (June 7), in which it showed off two new SUVs and a small EV.

The three new additions will arrive by 2025 and will help push Cupra to a planned 500,000 sales worldwide.

First up is the Terramar SUV, which will sit above the existing Formentor to rival the Kia Sportage,

It will be powered by a range of petrol engines along with a new plug-in hybrid system. The latter of which, badged e-HYBRID, now delivers a longer electric range than previous systems fitted to the Formentor, at 62 miles.

It will be the first model to wear Cupra’s new design language of a shark-like front-end and triangular-shaped LED day-running lights. 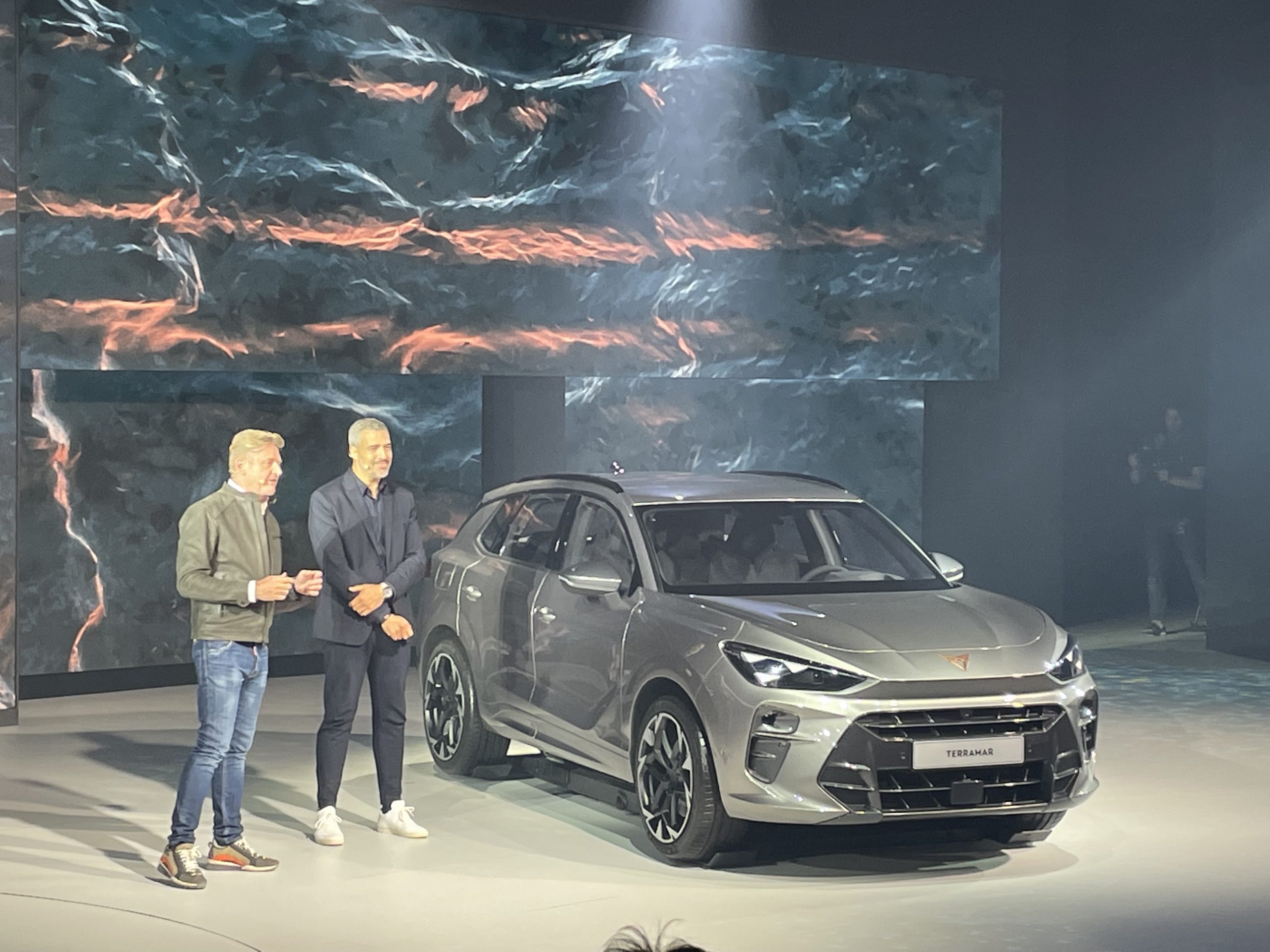 Arriving in 2024, the Terramar will be built alongside the Audi Q3 Sportback at Volkswagen Group’s Gyor factory in Hungary, and will be Cupra’s last combustion-engined car.

Launching at around the same time as the Terramar will be the Tavascan. It’s an all-electric SUV and is set to become Cupra’s second EV when it launches in 2024.

It will use Volkswagen Group’s MEB electric car platform, and with its sloping roofline it’ll rival sportier electric SUVs such as the Ford Mustang Mach-E and in-house offerings such as the VW ID.5 and Skoda Enyaq Coupe iV.

The Tavascan was revealed in concept form in 2019, and the 2024 production car differs only slightly in styling and packaging. 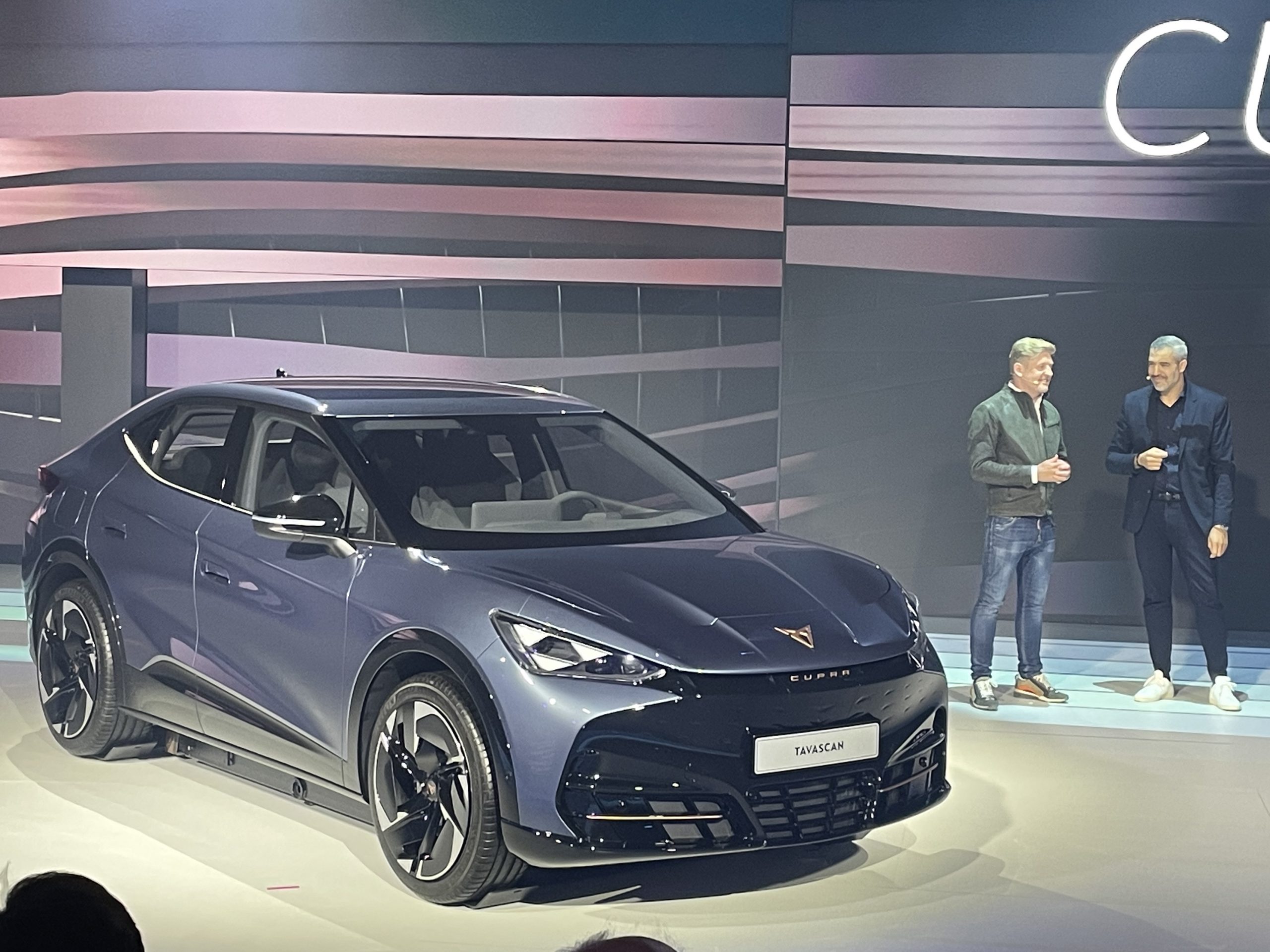 Cupra is remaining tight-lipped about the car’s technical details, but the original concept car used two motors packing a total of 302bhp making the car more of a rival to the ID.5 GTX.

A 77kWh battery is the likely power source, thereby giving around 270-280 miles on a full charge.

Finally, Cupra has also pledged to built a brand new sporty electric small car named the ‘UrbanRebel’, due for launch in 2025.

The quirkily-named model will sit below the Born in the Cupra range and has been ‘developed for a more rebellious electric world’.

It is likely the car, Cupra’s smallest model, will spawn replacements for the Volkswagen e-Up, Skoda Citigo-e and Seat Mii Electric further down the line.

The UrbanRebel will have a 223bhp electric motor giving a 0-62mph acceleration time of 6.9 seconds – 22bhp more than the Born and 0.4 seconds quicker to 62mph. Meanwhile it’ll have a 273-mile range. 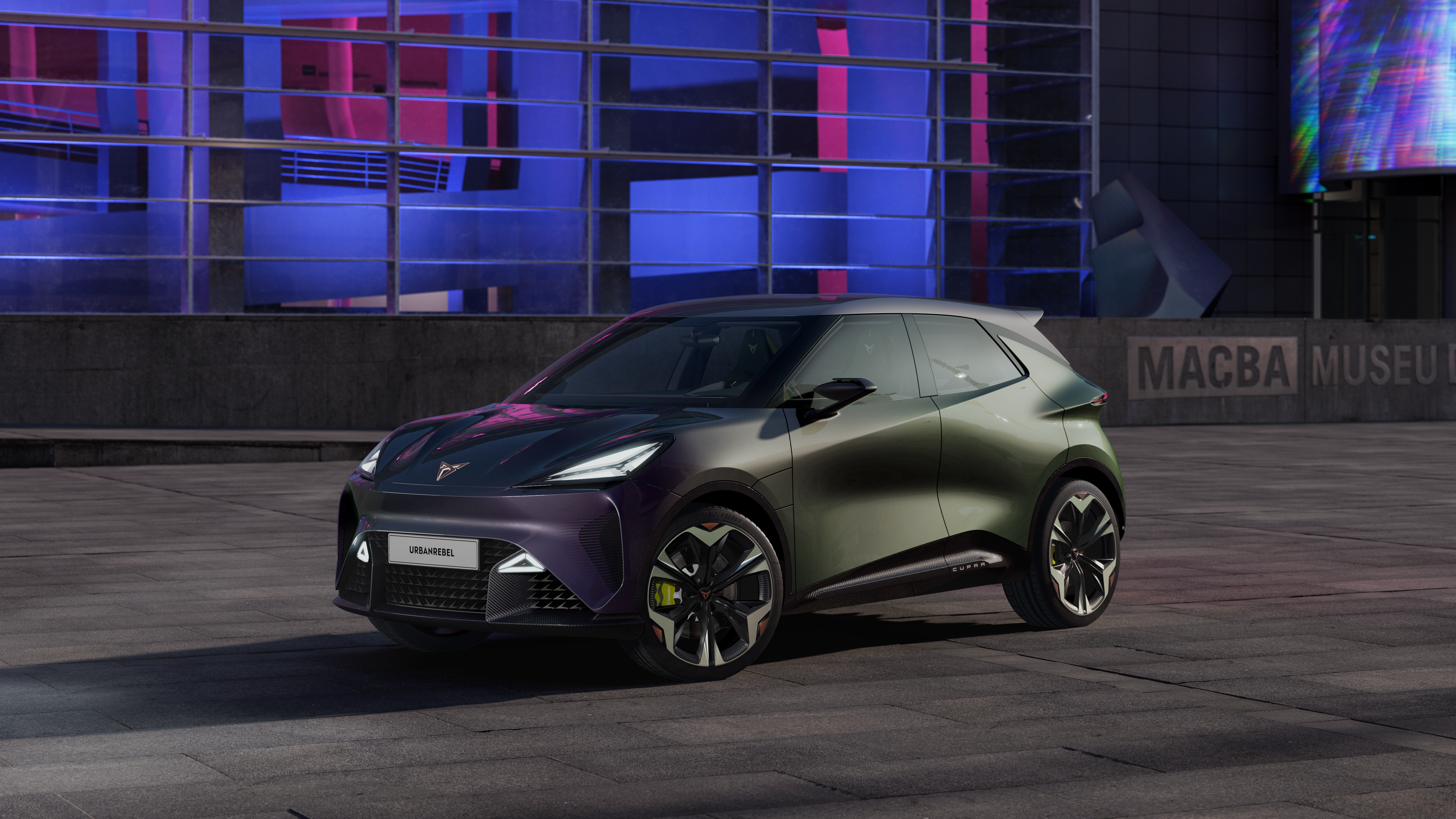 The three new models are part of Cupra’s heavyweight plans to expand its brand globally. It already has 200,000 sales worldwide to its name but is eyeing a 500,000-units target by 2025, and will double its dealer network this year.

At the event, Cupra also showed off updated versions of the Leon, Formentor and Born with revised styling aping the UrbanRebel and two SUVs. The three updated models are scheduled to arrive in 2025.

Wayne Griffiths, Cupra CEO, said: ‘We know exactly where we want to go, and I promise you it will not be boring. Every single model we will bring to the market will be a step ahead on our journey.