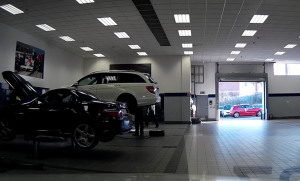 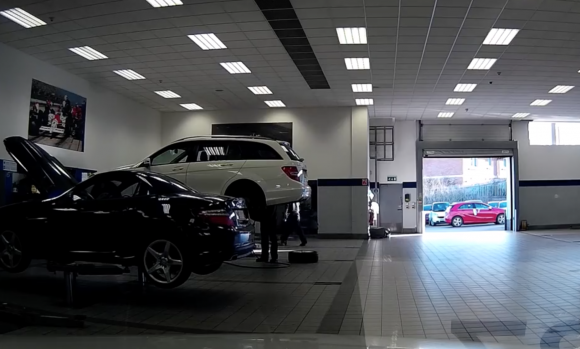 A CHAUFFEUR’S £48,000 Mercedes was taken on a joyride by mechanics who were unaware it had a dashcam.

David Argust left his E300 AMG with an official Mercedes dealership in Bristol. However, when he returned to collect the car he noticed that things weren’t quite as they had been when he left.

Speaking to The Sun, Argust said: ‘I reset the fuel computer. I noticed it had done three miles at nine miles per gallon. It normally does 51 miles per gallon, so that first raised my suspicions.’

After noticing the dip in fuel economy, Argust was quick to check the dashcam that he had fitted to the car. The camera had captured a mechanic, along with an apprentice, taking the Mercedes on a high-speed run, breaking the speed limit nine times as well as making dangerous manoeuvres. The driver even enters a Morrisons car park at high speed, breaking the site’s 5mph speed limit by more than 20mph.

At one point, the car’s collision detection system goes off, signalling that the driver is too close to the car in front. This is just after the driver reaches 58mph in a 40mph zone.

Argust added: ‘I’m very careful with the car, it’s a working car. I’m amazed they would treat someone else’s property like that.’

Although Argust was offered a free service and £1,500 to sign a confidentiality agreement by Sytner Mercedes of Bristol, he declined both.

Mike Smith, managing director at Sytner Mercedes, said: ‘We have sincerely apologised to Mr Argust. The employee concerned no longer works for us.’