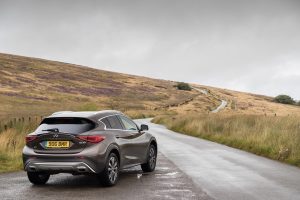 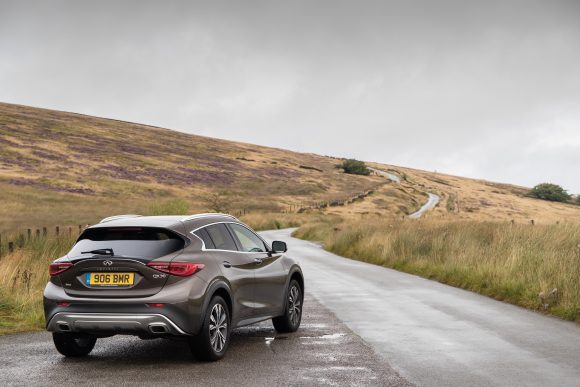 A GLASGOW car dealership had to contend with a toddler’s tears after the youngster managed to jam his toy car in the exhaust of an Infiniti.

Fiona Wilson had been with her two children at Infiniti Glasgow when two-year-old son Innes wedged his Lightning McQueen toy car in the tailpipe of a £30,000 Infiniti QX30, similar to the one pictured above, while playing with his four-year-old sister Izzy.

A salesman scrambled on the floor to try to recover the toy, as well as using more specialist tools. Even a vacuum cleaner was used to attempt to retrieve the model, but all to no avail.

‘However, on this occasion, there was no consoling one of our younger visitors.

‘Despite our best efforts we could not retrieve his model car that he had so carefully inserted into the exhaust of the Infiniti QX30.’

However, there was a happy ending to the story, as two days after the incident the dealer managed to recover the toy with the help of one of its technicians.

The Scottish showroom is one of just three Infiniti Centres left in the UK, with the firm announcing earlier in the year that it was withdrawing its models from Europe and ending production of its Q30 and QX30 hatchbacks at Nissan’s production facility in Sunderland.