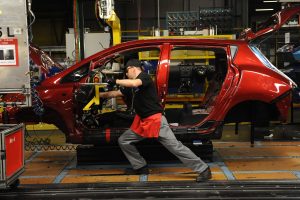 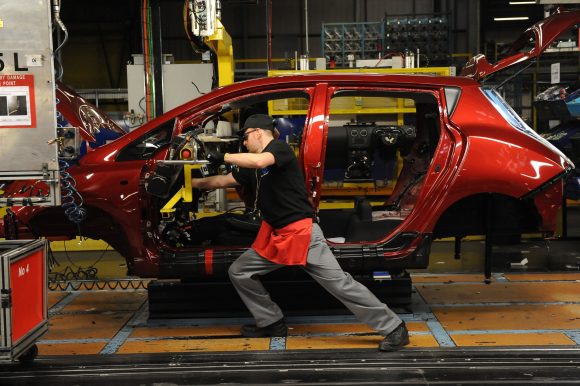 Decline in car production ‘should serve as a wake-up call,’ says SMMT

CAR production has fallen for the ninth month in a row amid declining demand in the UK and overseas, new figures reveal.

The Society of Motor Manufacturers and Traders (SMMT) said the continued reduction should act as a wake-up call to anyone who believes the industry could survive a no-deal Brexit without ‘serious damage’.

Production for home and export markets dropped by 11 per cent and 16.4 per cent respectively.

Production for EU countries declined by 14.9 per cent, while exports to China were 55 per cent lower, said the SMMT.

Despite the fall in exports, almost four out of five cars built in the UK were for overseas.

The SMMT said the figures underlined the importance of securing a frictionless trading relationship with the EU.

Mike Hawes, chief executive, said: ‘The ninth month of decline for UK car production should be a wake-up call for anyone who thinks this industry, already challenged by international trade hostilities, declining markets and technological disruption, could survive a no-deal Brexit without serious damage.

‘A managed no-deal is a fantasy. Uncertainty has already paralysed investment, cost jobs and damaged our global reputation.

‘Business anxiety has now reached fever pitch and we desperately need Parliament to come together to restore stability so that we can start to rebuild investor confidence and get back to the business of delivering for the economy.’

‘The car industry is facing unprecedented challenges amid weakening global sales and the government’s demonisation of diesel.

‘With investment plummeting, job losses racking up and Honda planning to leave the UK, it’s time for the government to wake up before it’s too late.’