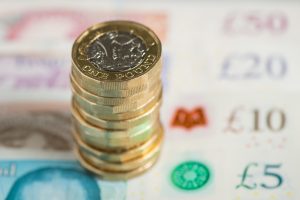 A number of dealer groups that state commission payments are ‘discretionary’ in contracts have told sales staff they are not being paid bonuses while furloughed.

Car Dealer Magazine has been made aware of a number of car dealer groups that have decided NOT to include commissions when working out sales staff’s furlough payments.

In an email sent to staff today, and leaked to Car Dealer, a dealer group points to sales staff’s contracts which state all commissions are ‘at the discretion of their line manager’ and as such the group believes they are excluded from what HMRC allows businesses to pay.

However, legal experts Lawgistics and accountants ASE Global have questioned whether that is the right stance for dealer groups to take.

The leaked email from the dealer group to staff said:

‘The government has published the following statement on Past Overtime, Fees, Commission, Bonuses and non-cash payments

‘You can claim for any regular payments you are obliged to pay your employees. This includes wages, past overtime, fees and compulsory commission payments. However, discretionary bonus (including tips) and commission payments and non-cash payments should be excluded.

‘Due to the above statement, we have had our schemes directly checked by HMRC, and as we have a discretionary clause in the terms of our scheme like most of the largest dealer groups, unfortunately it has been confirmed that we cannot claim government support for commission payments.’

Car Dealer has spoken to a number of sales staff who have received similar emails – worried that they will now only be paid their basic wages under the furlough scheme.

‘However, we are now in a position where some contracts claim commission to be discretionary. The new Coronavirus Job Retention Schedule released today is not clear enough on this issue but paragraph 7.4(d) does suggest it can be paid as part of furlough and we await further clarity from HMRC.’

Earlier this month, Bowkis asked HMRC on Twitter to confirm if commission paid to sales staff could be included.

HMRC said on the social media site that ‘compulsory commissions’ could be included.

For those groups that have clearly defined commission as ‘discretionary’ in their contracts, they believe it will be hard to argue with the HMRC that these should be classed as ‘compulsory’ under the scheme when working out furlough payments.

Car dealership bosses will be worried that the government will audit these claims carefully after the crisis and will be fearful that a discretionary bonus clause in contracts could see them fall foul of the rules.

This won’t, however, be what car salespeople will be wanting to hear. Many have told Car Dealer Magazine they simply cannot live off 80 per cent of their basic wage.

One, who wished to remain anonymous, said:

‘I am sure every dealer group across the country has a contract that says commissions are at the discretion of the line manager but we all know they are effectively compulsory – if I sell a car I get paid a commission. That in my mind is compulsory.

‘It feels like dealers are hiding behind a grey area terminology in the HMRC direction and not paying us what we are due.’

Car Dealer has already reported on advice from accountancy firms and legal experts which suggested dealers could pay compulsory commission to furloughed staff.

Some dealers are doing just that with many working out how much salespeople are paid by taking an average of their earnings over the last 12 months – or the same month’s earnings from last year – whichever is higher, and paying 80 per cent of that up to £2,500.

Mike Jones, chairman of accountancy firm ASE Global, said: ‘Given the scale of the sums involved it is natural that larger dealer groups may seek guidance from HMRC.

‘All of the pay schemes I have seen have contractual bonuses, with a salesperson’s wage effectively regulated by the volume they sell rather than the hours they attend and ultimately I’m sure this will be settled by the courts, with our guidance based on previous legal definitions of earnings.

‘This decision will be very disappointing to all of this company’s affected employees, particularly as they haven’t suggested that they will make up the shortfall themselves as many of the large dealer groups have publicly stated. I hope they are looking to support staff the using alternative means during this challenging times for us all.’

David Kendrick, a partner and UHY Hacker Young, a guest on Car Dealer Live this coming Friday, added: ‘The details released today in the Coronavirus Act have yet again caused more confusion and do not seem to match the guidance on the government website.

‘Clauses 7.3 and 7.5 don’t look helpful for commission and certainly creates more confusion when most dealers were planning to include commission as part of the furlough payments at month end – this is no longer clear.

‘I think there is more water to go under the bridge here as further clarification is needed ASAP as this could have a huge impact on the sector.

‘Dealers should seek specialist legal employment advice on this before making any commercial decisions as its crucial these payments are correct to avoid any future risk down the line. A somewhat frustrating situation when businesses have enough on their hands to deal with as it is.’

Comment: Why you have a duty to pay commission in furloughed staff’s wages