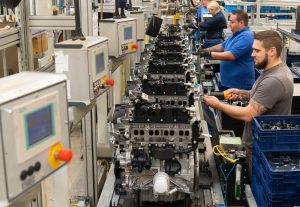 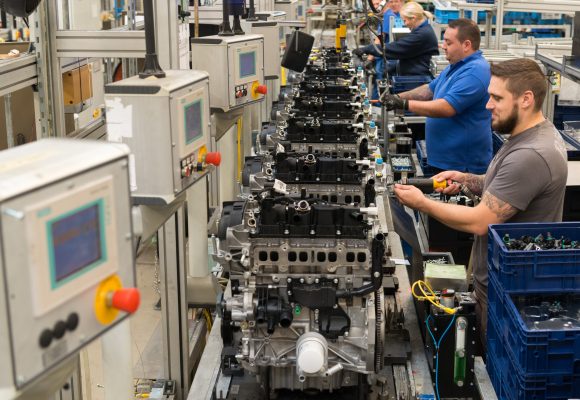 BOTH Nissan and Ford have expressed further concerns over the consequences ‘Brexit’ could have on their UK manufacturing facilities.

While giving evidence to the Commons International Trade Committee at Westminster, Colin Lawther, Nissan’s senior vice president, told MPs that the company’s Sunderland plant – the biggest vehicle manufacturing centre in the United Kingdom – needed an EU trade deal in place prior to the nation’s exit from the European Union in order to survive.

Although the Prime Minister has suggested that the UK could leave the EU without a trade agreement, stating in January that: ‘No deal is better than a bad deal’, Lawther warns that this could cost carmakers a 10 per cent tariff on exports under World Trade Organisation (WTO) rules and cost Nissan more than £400m a year.

Lawther told MPs: ‘That would mean our business would be of that magnitude less profitable. Now, we are fortunate that our actions over the years have driven us to be a brand which is quite sustainable and quite profitable. Maybe, maybe we could survive with that. Maybe.

‘Some of our other competitors I feel would not be able to survive with that level of anti-competitiveness from a cost point of view. So it’s quite dangerous actually from an automotive sector point of view.’

Lawther went on to warn that: ‘We would have to find compensatory measures from our own business point of view. More localisation of parts, different destinations for cars outside the EU and so on.

‘If we go to the worst extreme, that means that is profit we wouldn’t have. Or we have to reduce volume because we put the price up and the volume goes down just because of market demands, or we have to ship the cars further afield.’

The Japanese manufacturer had received assurances from Business Secretary Greg Clark last year that a trade deal would be negotiated with the EU, and in October the announcement that the third generation of Qashqai models and the X-Trail would both be built at the Sunderland facility, securing the jobs of 7,000 employees.

Meanwhile, it has been revealed that Ford is planning to cut more than 1,100 jobs from its engine plant in Bridgend over the next four years, in response to a fall in demand and efficiency at the factory.

The site produces Ford’s ‘Sigma’ engine, a naturally-aspirated, four-cylinder petrol engine which sees use in global markets and is fitted to the brand’s most popular Fiesta, Focus and Mondeo models. The engine is being phased out in favour of the ‘Dragon’ engine, a direct-injection, three-cylinder petrol engine destined for European markets only, and the plant’s production is expected to fall almost 75 per cent.

Although the job cuts are expected to occur through natural attrition, Ford has halved investment in the plant and has warned that the fall in the value of the pound since the referendum in 2016 could cost the company as much as $600m (£480m).

In a statement to ITV News, a Ford spokesperson said: ‘We continue to work with our union partners on an ongoing basis. Anticipated production volume of engines from Bridgend remains healthy in the upcoming years, with associated labour requirements expected to be similar to today’s level.

‘Bridgend must fulfil its commitment in terms of delivery, quality and cost of the products it manufactures and – just as in the case for every Ford plant around the world – winning new product contracts depends on the plant’s efficiency and global competitiveness.’

Bridgend, like Sunderland, voted in favour of leaving the European Union last year, with 54.6 per cent of the turnout choosing the leave option. Other regions with significant vehicle production facilities also voted for leave, with Derby (Toyota) at 57.2 per cent, Coventry (Jaguar Land Rover) at 55.6 per cent and Swindon (Honda) at 54.7 per cent. Oxford (Mini) bucked the trend by voting for remain.

Tim Farron, leader of the Liberal Democrats and MP for Westmorland and Lonsdale in Cumbria, said: ‘The promises Nissan got from the Government clearly weren’t worth the paper they were written on. Even with the offer of funding and a special deal, Nissan has still said it will need to review its Sunderland plant in future.

‘This is a damning indictment of this Government’s hard Brexit plans which are putting thousands of jobs at risk. Secretive deals and taxpayer-funded bungs will not be enough to shelter our economy from a reckless exit from the single market. This shows yet again why we must give the British people the final say on the Government’s Brexit deal so they can ensure it’s right for them.’

MORE: Comment: Trump, Brexit… and why all car makers should have their say

MORE: Hear vital SMMT insight into how Brexit will affect the motor trade at CDX17

On SuperUnleaded.com: Roborace Reveals Details Of The Robocar