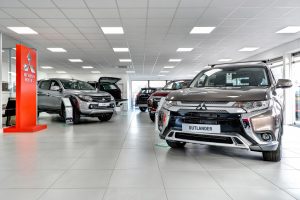 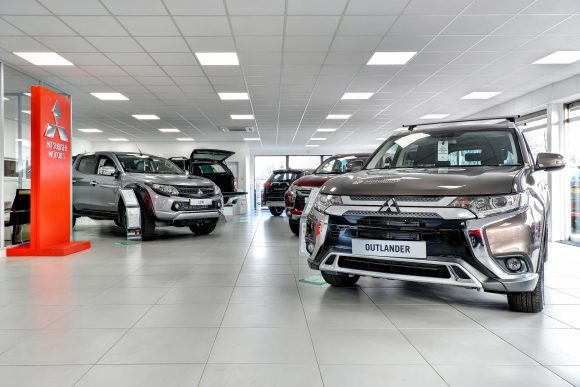 It was then that the dealer group took over the Mitsubishi franchise too, which is situated on the A505 between Royston and Cambridge and in a prime location opposite the iconic Imperial War Museum at Duxford.

Since the acquisition, the removal of the petrol station and shop has allowed for a larger display of 10 cars in the fully refurbished showroom. The showroom has been transformed with new lighting, a new air-conditioning and heating system and a complete renovation from floor to ceiling. A new customer waiting area and new toilet facilities and all new furniture have completely transformed the showroom environment.

The removal of the petrol filling station has also meant an increase in the number of used vehicles available to display from 14 up to an impressive 52 vehicles. This allows for a greater range of vehicles on display, improved availability for the fantastic range of approved used vehicles, and makes it Cambridgeshire’s largest hybrid specialist.

The increase in dealership size has meant some new staff members joining the EMG Motor Group Mitsubishi family. These new faces join an already established and experienced team at Duxford and will only increase the customer experience and levels of excellent service provided.

Mark Sturgess, dealer principal at EMG Duxford, said: ‘There are some exciting changes here, and it’s a wonderful new facility. We really look forward to welcoming customers both old and new so that we can deliver the excellent customer experience that they expect, and deserve from EMG Motor Group Mitsubishi in Duxford.’

Area manager for Mitsubishi Motors in the UK Mark Miller also said: ‘The updated Duxford facility is a real attribute to our brand. The new light and airy showroom is not only substantially bigger than before but really showcases our range of models.’

There will be lots to see and do at the launch event, which takes place this weekend, on January 25 and 26, including a VIP event for existing customers on Friday 25th.

On display will be some of the heritage collection owned by Mitsubishi Motors in the UK. Vehicles such as the iconic Mitsubishi Lancer Evolution VI Tommi Makinen Edition and the mighty Mitsubishi 3000GT will be on display throughout the weekend.