Home > News > Exclusive: Dealer tells of terrifying robbery ordeal when he was threatened with stabbing and nearly pulled out of car 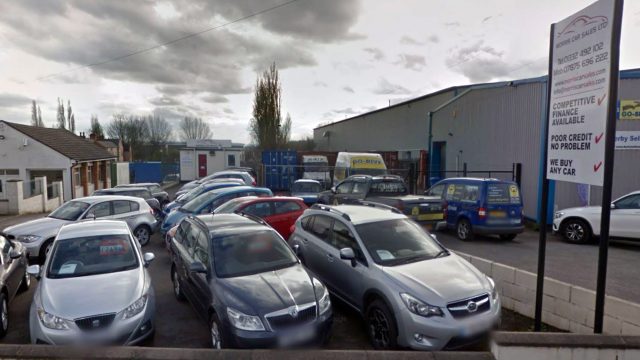 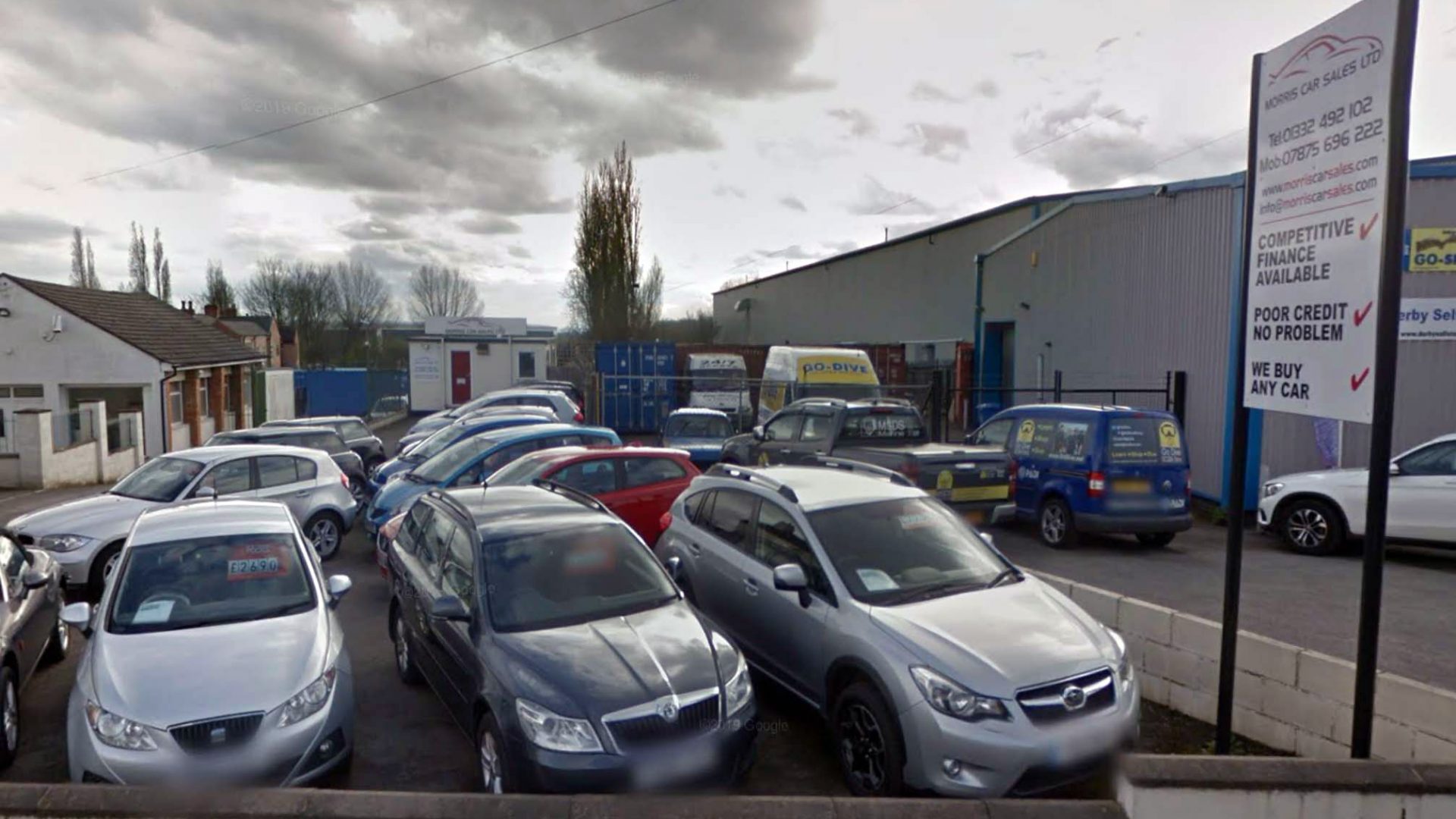 Exclusive: Dealer tells of terrifying robbery ordeal when he was threatened with stabbing and nearly pulled out of car

A dealership owner has told of his terrifying ordeal when he was threatened with being stabbed by someone pretending to be interested in a vehicle and nearly dragged out of it by an accomplice.

James Morris, who runs Morris Car Sales in Derby, told Car Dealer he’d been looking to finish for the day on May 6 when John Nevin turned up and asked to sit in the keyless Range Rover, which was out the front.

He was able to start it, as Morris had the key in his pocket and nearby, and said he was just going to move it round the car park of the Nottingham Road dealership to see how it felt.

Morris got into the £13,490 vehicle with him – and that was when things started going wrong.

‘He shot off at speed, ramming it up pavements, clipping the wing mirror on a lamppost, started swerving at cars coming the opposite way, aiming at people and other cars. You dread to think what could have happened,’ said Morris, who eventually managed to get out of the car – but not before Nevin’s accomplice tried to pull him out of the vehicle.

Nevin, 25, of Wild Street, had tried something similar an hour earlier at Target Car Sales in Sitwell Street where he asked if he could test-drive a BMW, which had been parked in an awkward slot, according to Derbyshire Live.

Prosecutor Sarah Slater told Derby Crown Court the sales person moved it from where it was parked but as soon as he got out, Nevin drove off quickly and hit a motorcyclist.

The damaged BMW, worth £15,000, was found the next day, but it is unknown what happened to the motorcyclist.

Morris told Car Dealer: ‘He drove me down the road to the street corner where his accomplice was waiting. Then that other guy opened the door and tried to drag me out.’

He was unable to, though, and panicked then ran away while telling Nevin to drive off, which was when Nevin threatened to stab Morris but Morris fended him off.

Although no blade was visible, Morris told Car Dealer that Nevin had his hand in his coat and said: ‘I’m going to shank you.’

Morris added: ‘It was all a blur. There might have been one in there, there might not. It was just a bizarre set of circumstances.

‘What he basically said was “If you don’t get out of the car I’m going to crash it into something”. He was driving erratically and aiming at people. That was when it was time to get out of the car, basically. It was an accident waiting to happen.

‘There were people around and cars – it could have been a disaster. It was going to get far worse. That was when I got out and walked back to the showroom and rang the police.’ 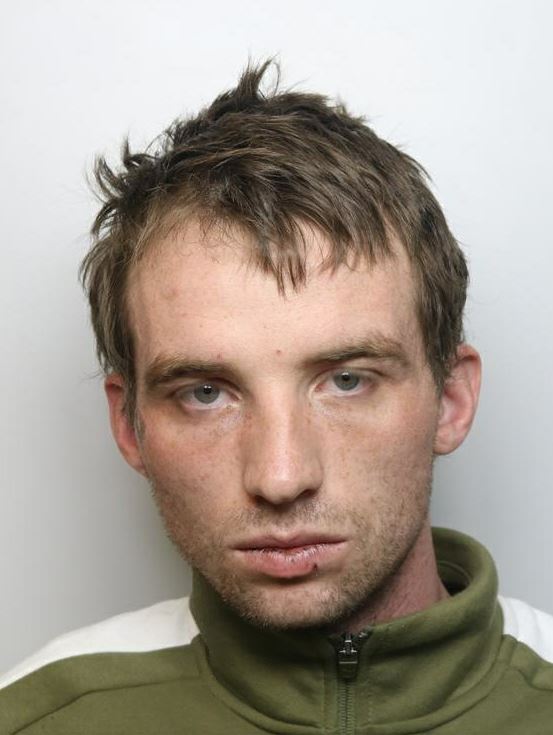 Nevin drove off and was arrested at Royal Derby Hospital on May 14, having gone to seek help for mental health issues. The Range Rover has never been found.

Morris said he instinctively didn’t want to give up the vehicle, although later realised he should have done.

But he’s quite philosophical about the whole incident, saying: ‘I was trying to politely get rid of him. It was easier to let him have a drive round the block to get rid of the guy.

‘It just ended up being a disastrous day for the pair of us, really. It just spiralled massively out of control unbelievably quickly.’

Morris said it had been ‘terrible’, adding: ‘It was a bit crazy at the time and it wasn’t fun, but you live and learn, don’t you?’

He added that he was fine now and had moved on. ‘You buy some more cars, sell some cars and the wheel starts again!’

Trade has been busy since – the busiest quarter in the industry for a long time – which has helped.

He has been in the trade for some 23 years and said he hadn’t experienced anything remotely like this horrifying incident before now but that didn’t mean he would now change the way he operates because of a one-off.

‘It was just a case of being in the wrong place at the wrong time. If you change what you do, what made me get my own business, what made me successful, well, you can’t.’

Morris said Nevin had run out of fuel while driving the Target Car Sales BMW, which was why he turned his attention to his dealership.

‘If that hadn’t have happened, he would have been out of the area and wouldn’t still have been around. The fact I was still here at quarter past six, it was just completely opportunistic.

‘The more you delve into it, I wasn’t targeted – it was just complete and utter bad luck and bad timing.

‘But you can’t let it affect you, you’ve got to move on, and the easiest way of moving on in this job is buying and selling some cars, keep dealing, that’s all you can do. You can’t dwell on it.’

He added: ‘The lesson learnt is don’t try and fend off two people, especially when one of them has a knife. Let them take it – you’re insured for this reason. If you do things correctly, you are insured for it.’

Morris was full of praise for his insurance broker Keith Phillips who sorted everything out. ‘He couldn’t have done a better job,’ he said.

According to the Derbyshire Live report, Nevin also tried to burgle a Home Bargains store in Long Eaton on April 29 but was foiled when an employee challenged him in the storeroom and he made off without anything.

He then stole items from a Shell service station in Willington the next day.

In mitigation, Nicola Hunter told the court he had been raised in care and used alcohol and drugs after suffering family deaths.

He was jailed for two and a half years and banned from driving for 27 months.