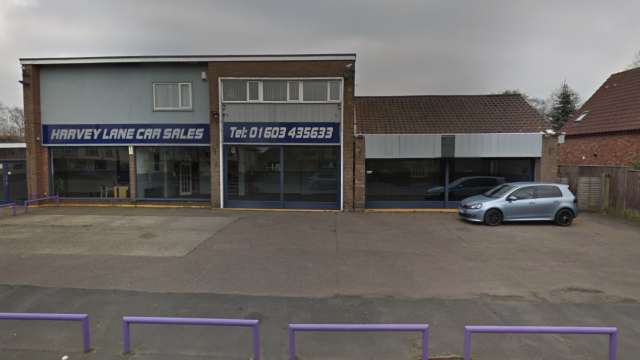 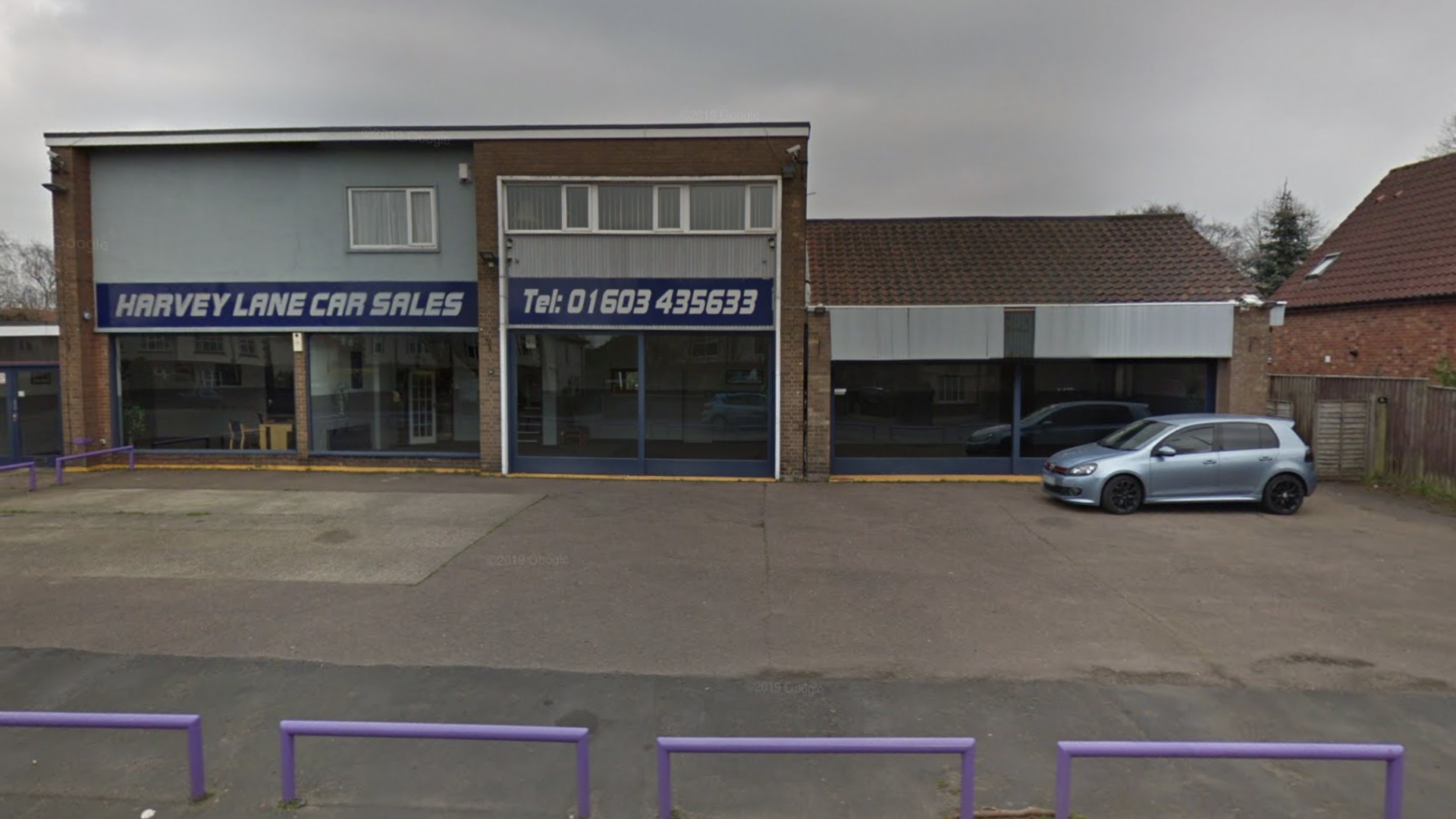 A former car showroom is to be knocked down to make way for new homes after local residents labelled it an ‘eyesore’ and called for it to be demolished.

Harvey Lane Car Sales in Norwich went bust in April 2019 and has been left to rack and ruin ever since, much to the ire of neighbours.

The derelict site has been targeted by vandals on multiple occasions and work to demolish it is now underway.

Plans to build four one-bedroom apartments and four three-bedroom homes on the plot. were initially approved by Norwich City Council in December 2020.

However, delays have been caused by the pandemic as well as complications arising from the fact the former dealership straddles the boundary between Norwich City Council and Broadland District Council areas.

The Norwich Evening News reports that demolition work is finally underway and expected to take between two and three weeks.

After that, developers GH Developments will be able to commence building work.

The news has been celebrated by those living in the shadow of the second-hand dealership.

Jessie Oliver, 50, said: ‘It’s a really good thing for the road and I’m sure it’ll look nice when it’s finished.

‘It should upgrade the area so I’ve got no issues with it.

‘I’m just glad there’s something being done with the building because it was starting to attract vandals.’

Another neighbour who did not want to be named, said the site has become an ‘eyesore’.

She added: ‘It’s hopefully going to look better than what it’s been like for the past few years.

‘There’s been some vandalism and it has become a bit of an eyesore.

‘But the building being demolished is a noisy and long process so we’ll just have to wait and see.’

Harvey Lane Car Sales, which sat on the site, was in business between August 2013 and April 2019, according to Companies House.