Family-run Ford firm TC Harrison is celebrating its 90th anniversary this year – and boss James Harrison is intent on keeping it a family affair.

In an exclusive video interview, Harrison admits that over the years the successful dealership group has had many offers from would-be suitors, but his desire to keep the firm in the family has always won.

To mark the firm’s 90th birthday, Car Dealer visited the group’s huge Derby dealership to take a look around the business and chat to the group’s chairman. 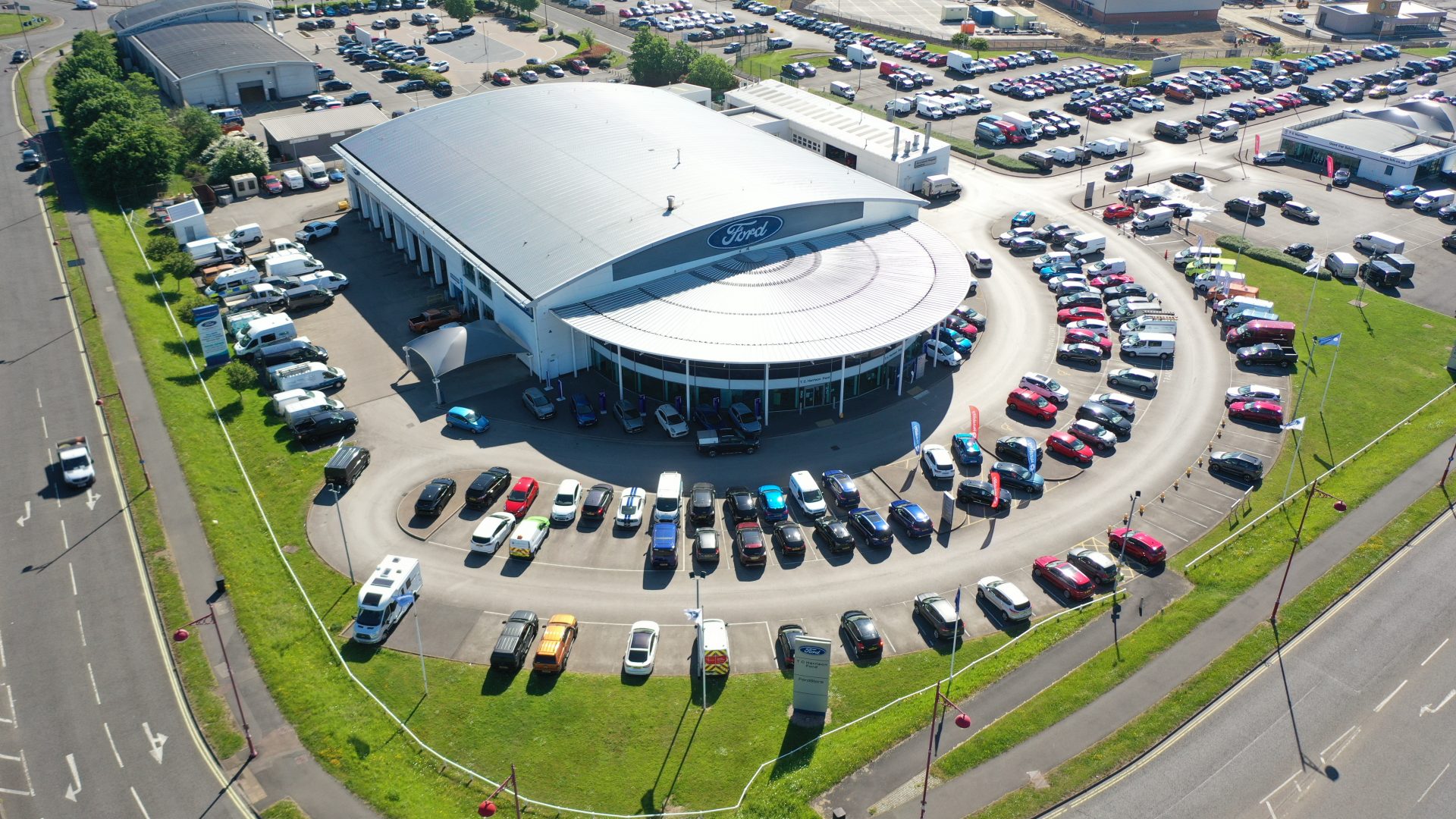 Harrison tells Car Dealer he ‘loves his business so much’ that thoughts of a big pay day have always been far from his mind.

‘I don’t want to be sat at home twiddling my thumbs thinking about what I do next,’ said Harrison.

‘I love coming into the dealerships, I love the fact it’s a family business.

‘I want to pass it on to my children and their children so hopefully they can have as good a life as my family and I have had throughout the 90 years.’

These days the group represents the Blue Oval and JCB.

Established in 1931, the group has six Ford dealerships – Derby and Peterborough being the main sites.

The firm is also the oldest JCB dealer in the world with six sites covering the east side of the UK, from Durham all the way down to Lincoln.

Chairman James Harrison started in the business 40 years ago and has worked his way up to now chair the group. 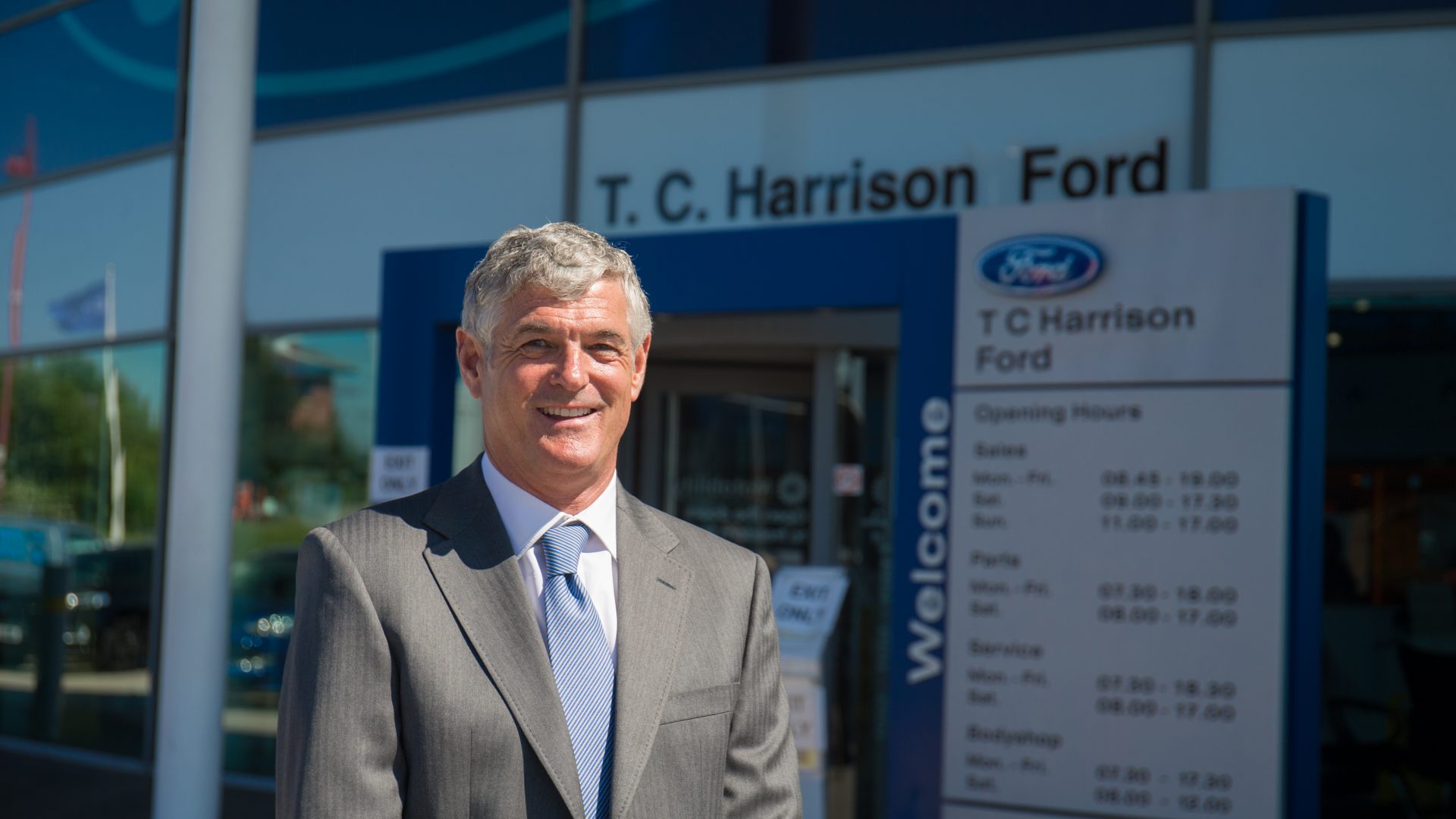 ‘My grandfather Cuth Harrison was an automotive engineer and he was made redundant in 1931 and decided he wanted to set up his own business,’ explains Harrison.

‘He set up a parts and servicing operation in Sheffield and then started repairing Fords, and in 1936 he managed to get the Ford dealership for Sheffield and that’s where the relationship began.’

Harrison said he is ‘so proud’ of the family business and watched as his uncle Edward and father John carried on running the firm that was started by their dad.

These days, James’ son and daughter both work in the business too, but Harrison admits that working with family does come with its challenges. 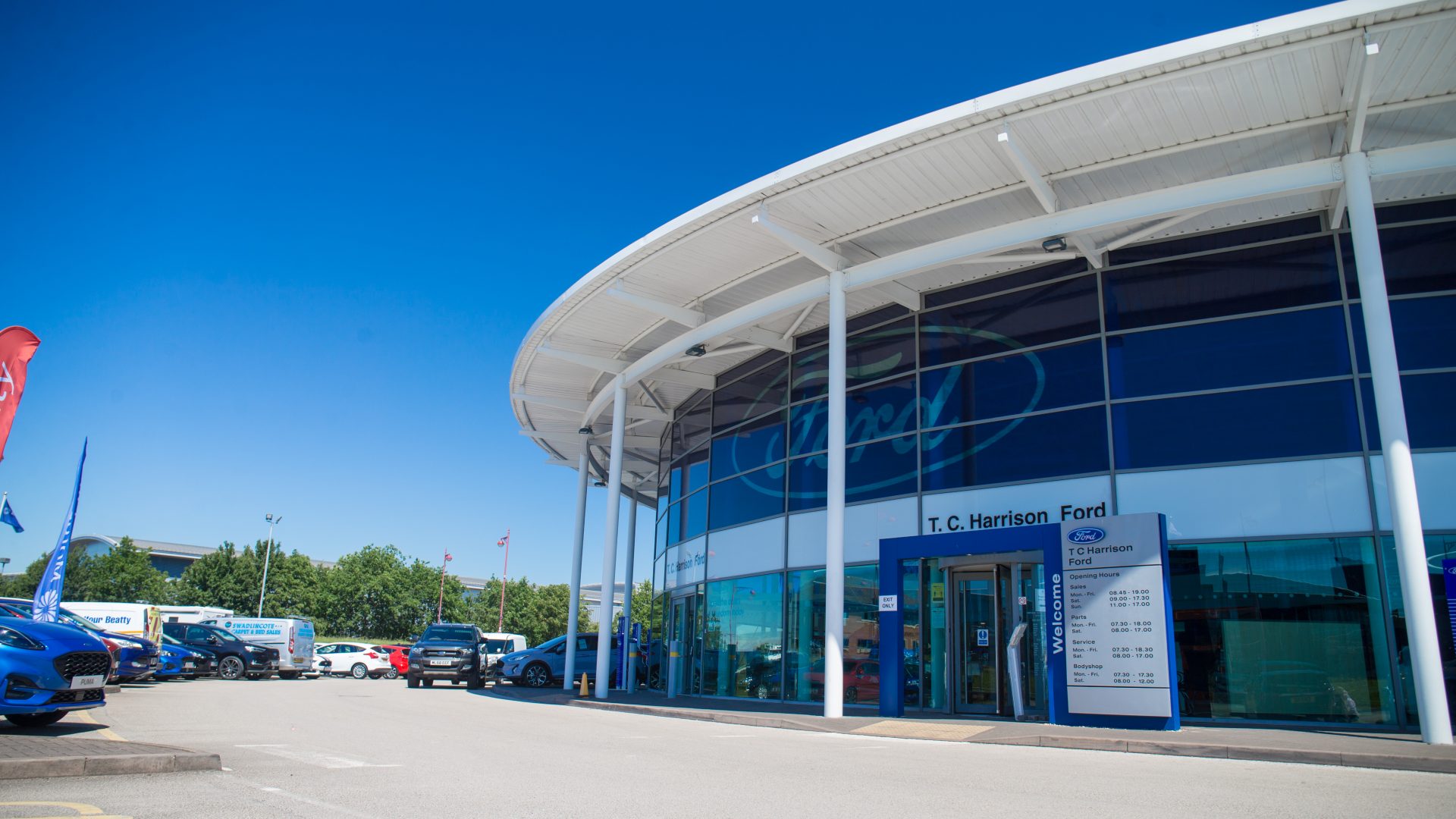 He said: ‘Everyone expects you to be perfect and no one is.

‘It’s very difficult being a family member coming into a big business.

‘I did the same, starting at the bottom as a service mechanic and I worked my way up. That way you understand what people do and how they work.’

The Derby site was opened in June 1999 and Harrison admits the family believed it was ‘too big’ when they took it on.

The giant site, in the shadow of Derby County’s Pride Park home ground, covers eight acres and stocks a huge range of new and used cars.

‘My uncle and father came in the first time and asked why we had an aircraft hangar as a dealership,’ said Harrison.

‘But it has worked really well. We’ve been in Derby since 1957 and have a great following with the public in the area and this dealership has always done well.’ 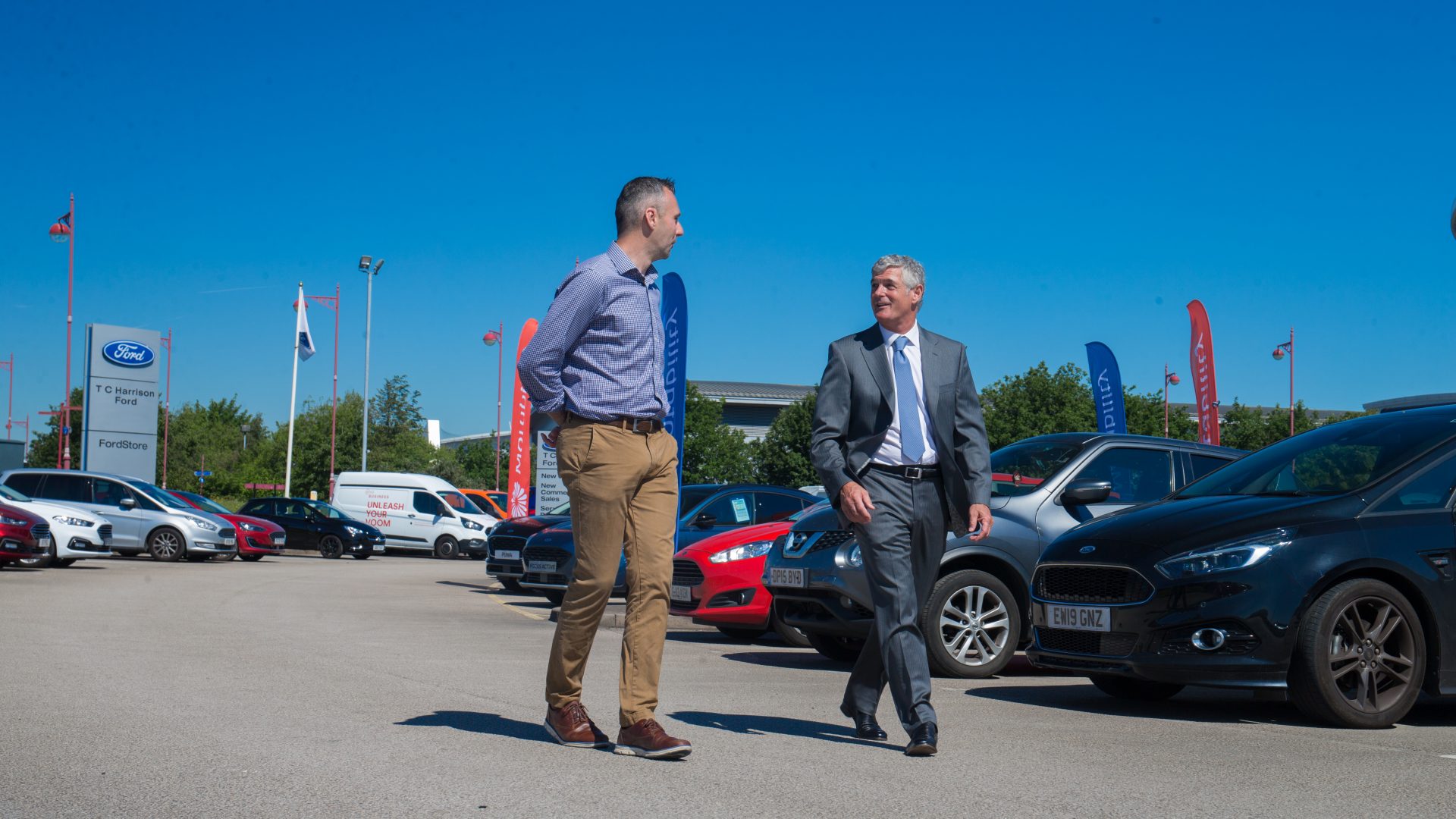 Harrison says business has been impressive in the last year despite the Covid ‘challenges’. The firm had to furlough staff and make some redundancies, but has ‘survived, and survived well’.

‘That’s down to the staff,’ says Harrison.

‘We came through last year with a good profit, but we did have a bit of help from the government.’

Looking ahead to the future, Harrison said people will continue to buy cars online but he doesn’t think it will ‘take over’.

‘People still like the touchy feely, looking at the car and driving the car,’ said Harrison. ‘But a lot of pre-work is done online now.

‘If it’s the same car they had before it’s a lot easier for them to buy it online.’ 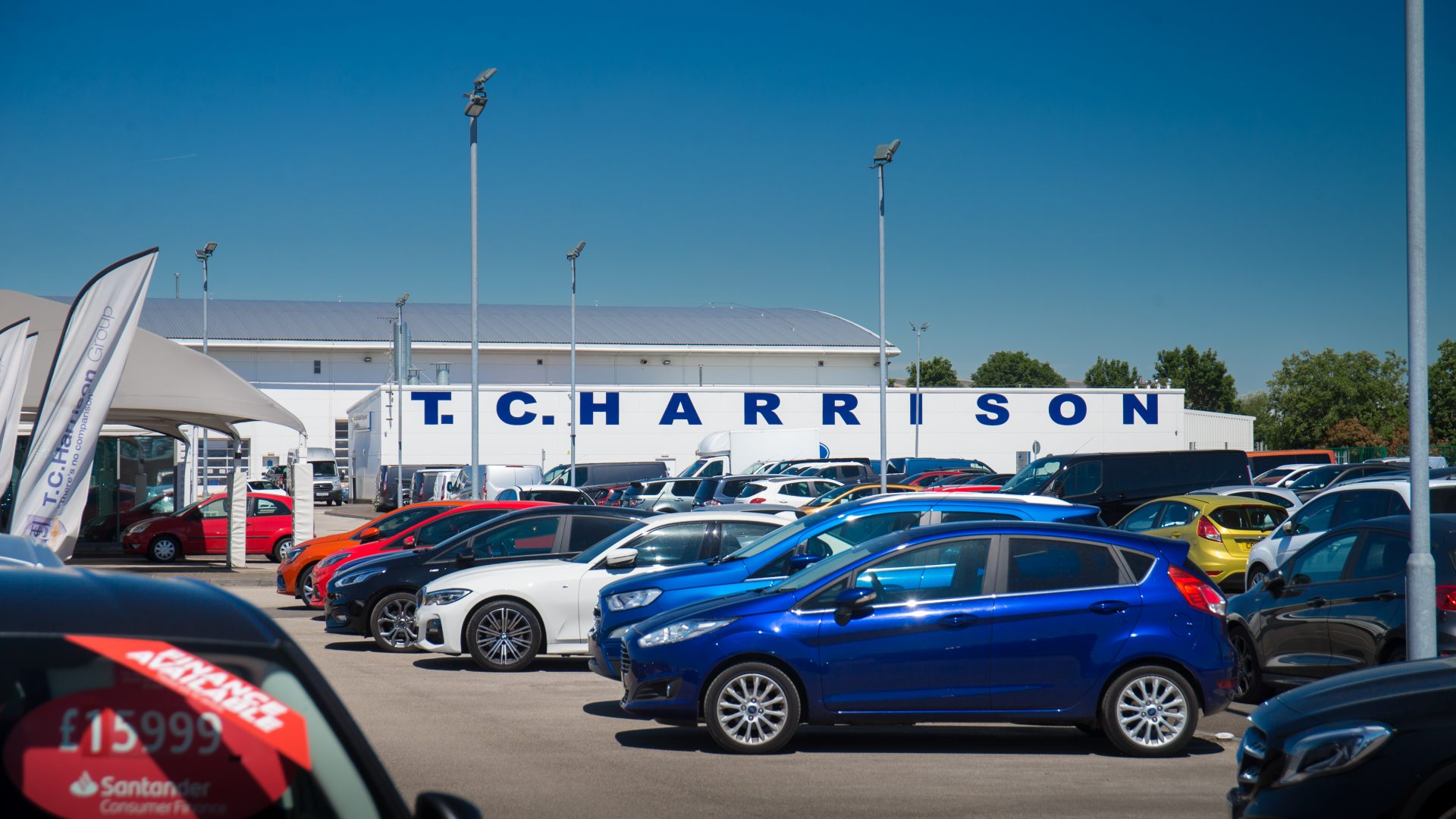 And when it comes to agency sales, Harrison explains Ford is already dabbling in them with the Mach-E, but he thinks ‘dealers can still do it better’.

He added: ‘Manufacturers have a role but at the end of the day the customers know us and we know them.

‘They trust us and still want to deal with us. Agency sales will be there though.’

Harrison admits he is already having to look at what he does with the eight-acre site when agency sales proliferate.

‘We have to start looking at what we do with that land as some of it won’t be used any more,’ he said. 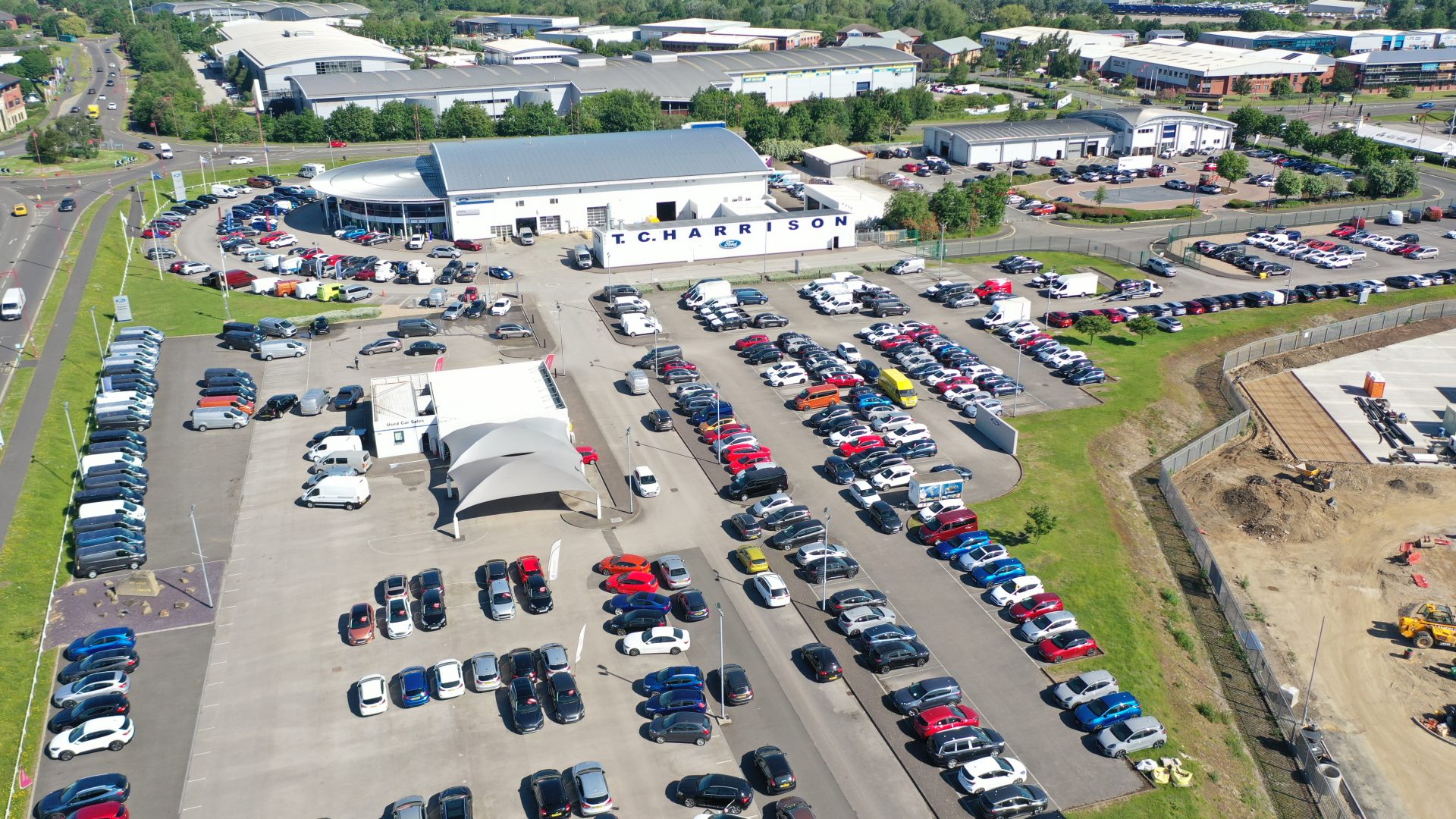 ‘The agency side is being tried with the Mach-E, but we don’t know how far they’ll go with it yet.’

Despite the changes to the industry, TC Harrison doesn’t have any appetite to dabble in other car brands, but is looking to expand in other areas.

The senior team is already assessing moves into motorbikes and bicycles, but nothing has been decided yet.

‘I believe our strengths lie in Ford – it’s a good brand and it’s always been the market leader,’ said Harrison.

‘It’s done us well in the 90 years and I can’t see why we would change. We might look at other types of business, though. 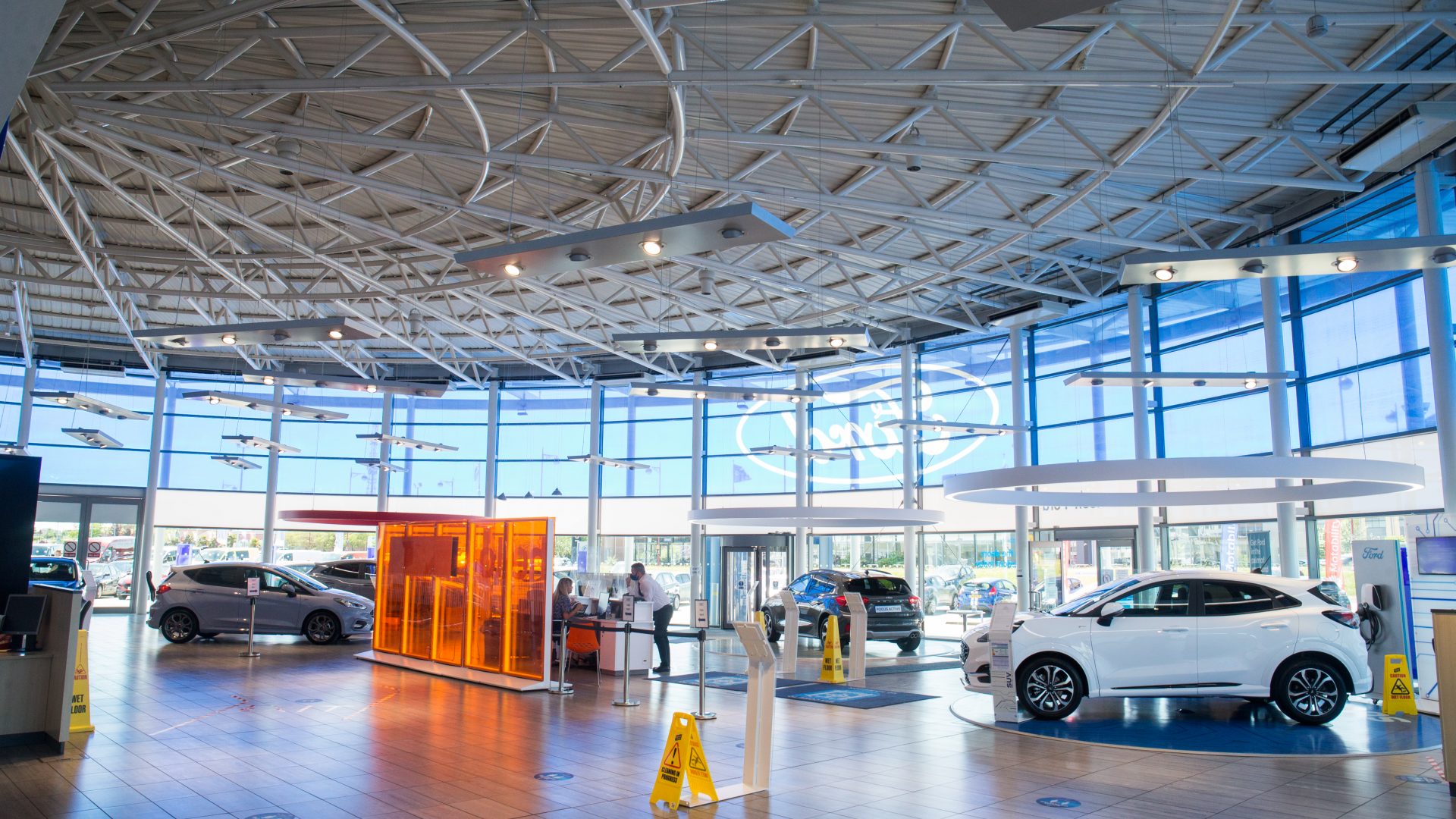 ‘We’re evaluating things. We want to get through this pandemic first and then we’ll look to the future.’

Further up Harrison’s agenda is developing the next generation of leaders for his business.

‘We’re always looking at succession,’ he said. ‘Our focus on growing skill sets so they can take over in the future. That’s my priority.’

For more Car Dealer Lives like this one visit our dedicated section.