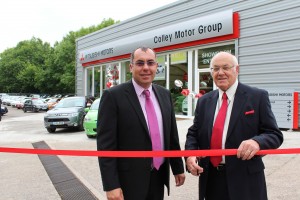 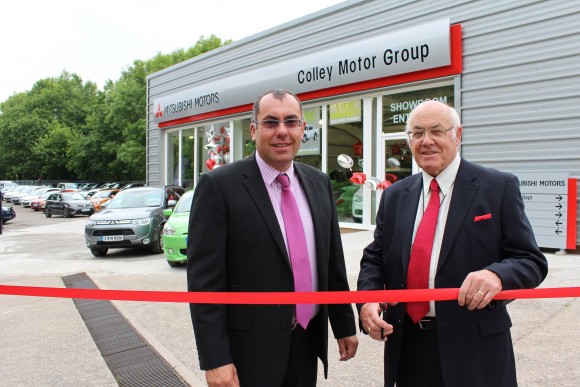 A MITSUBISHI dealership in south Wales held a family fun weekend to mark the official opening of a new £250,000 purpose-built showroom.

Colley Mitsubishi, in Maendy Way, Cwmbran, invited customers to enjoy a buffet and bouncy castle to celebrate the grand opening of the new 220 square metre building that will house up to eight cars in a spacious covered setting.

The opening of the new showroom coincided with the company’s 45th anniversary and proprietor John Colley said the move was a sign of his confidence in the future.

Mr Colley said: ‘We had a fantastic couple of days to celebrate the opening of the new showroom and the atmosphere at the dealership was really good. It’s great that as we celebrate the 45th anniversary of founding the business we are opening this new Mitsubishi showroom, which we are delighted with.’

Colley Motor Group, which was founded in June 1970 by John and his late brother Bob, joined the Mitsubishi family in August 2013. Since Bob died in 1997, John has been the sole proprietor and the dealership is very much a community-focused enterprise – it has sponsored Cwmbran Town AFC for 35 years and helps rugby, cricket and athletics clubs too.

John said: ‘This is a big investment for a private firm like ours but we are delighted with the outcome. It’s great to see the new showroom and the feedback from the opening weekend was very positive.’

MORE: Time Is Money: Why capturing and measuring data is key to online success

On superunleaded.com – This Is What Happens When You Set A Kawasaki On Fire At 247mph