An investigation into the safety of smart motorways has been launched with the Commons’ Transport Select Committee planning to analyse the impact of the roads.

They have been in the spotlight in recent weeks due to growing safety concerns. A coroner in Sheffield said smart motorways ‘present an ongoing risk of future deaths’.

Transport Secretary Grant Shapps told the committee earlier this month that he ‘inherited’ smart motorways, and pledged to ‘get rid of confusions’.

The number of cars built in the UK fell by 27 per cent last month, the worst January figure for over a decade.

The Society of Motor Manufacturers and Traders said just over 86,000 cars were built, a fall of 32,262 compared with January last year.

It was the 17th consecutive month of decline, amid the ongoing effects of the coronavirus crisis, global supply chain issues, extended factory shutdowns and friction in the new trading arrangements following the end of the Brexit transition period, said the trade group.

Vauxhall factory could close if deal not reached

The owners of Vauxhall are reviewing options for the Ellesmere Port car factory, including closing the site if a deal cannot be reached with the government.

It is understood the company is considering making electric cars at the Cheshire factory.

It is believed parent group Stellantis is seeking financial incentives to produce a fully electric vehicle at Ellesmere Port, along with commitments on the post-Brexit trade of auto parts including batteries. 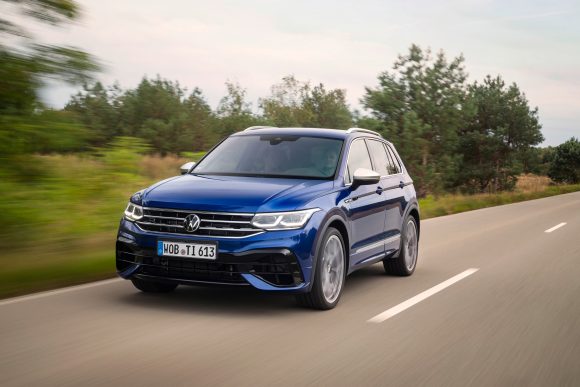 Powered by a 2.0-litre turbocharged petrol engine with 316bhp, the R arrives as the most powerful Tiguan available.

It’ll go from 0 to 60mph in 4.7 seconds and hit a top speed of 155mph, while four-wheel-drive helps to give the car added traction in slippery conditions. It’s available to order in the UK now too, with prices starting from £45,915.

Queen urges people to get vaccinated

The Queen has urged those hesitant about the coronavirus jab to get vaccinated, as the government prepares to publish details on the next phase of the rollout.

The head of state, who was inoculated in January, said she understood that people who have never had a vaccine would find it ‘difficult’ but encouraged them to ‘think about other people rather than themselves’.

It comes as the Joint Committee on Vaccination and Immunisation is expected in the coming days to release its recommendations on the next phase of the vaccine rollout.

Home-sharing site Airbnb has posted a £2.8bn loss in the fourth quarter of 2020 as it suffered from the pandemic downturn in travel.

In results released on Thursday – Airbnb’s first as a publicly traded entity – the company took a charge of £2bn for stock compensation related to its flotation. A year earlier, Airbnb lost £251m.

Revenue fell 22 per cent to £613m in the quarter that ended December 31. Nights booked fell 39 per cent from a year earlier.

The number of people on furlough ballooned by around 700,000 in January as harsher lockdown restrictions were imposed at the beginning of the month.

Around 4.7m people were furloughed on January 31, up from four million a month earlier, the Treasury revealed yesterday.

It means 16 per cent of eligible workers were furloughed at the end of January. In total, 11.2m employees across the UK have been given cash under the scheme.

Bespoke cybersecurity guidance for small businesses and sole traders is being offered through a new online tool from the National Cyber Security Centre (NCSC).

The Cyber Action Plan will ask those seeking advice to complete a short online questionnaire that will generate a personalised list of actions to improve their online security.

The NCSC scheme is being rolled out in response to the increase in small businesses moving online for the first time during the pandemic. 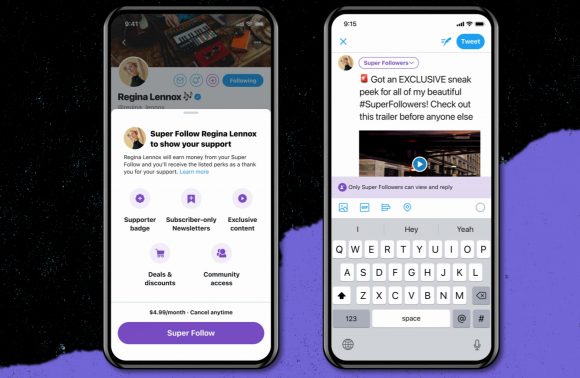 Twitter is exploring a feature that will allow users to charge followers for exclusive perks.

Super Follows is designed to provide creators and publishers with paid support from fans who want a bit more than the usual tweets accessible to everyone.

This includes bonus tweets only viewable to paying members, which would form part of a monthly subscription. In exchange, users could receive a support badge on their profile, subscriber-only newsletters, deals or discounts, special community access and other exclusive content, according to a mock screen published by the social network.

Thousands of jobs threatened at Asda

Asda has launched consultations with around 5,000 staff over a major restructuring which could put 3,000 back office store workers at risk.

The supermarket giant said the restructuring had been driven by the ‘structural shift’ towards online grocery shopping during the pandemic.

The grocery firm said it planned to create around 4,500 separate jobs in its online operations this year and will look to hire staff hit by the potential cuts. Nevertheless, Asda said the consultations will affect about 3,000 back office store workers, particularly affecting staff with cash and administrative roles amid the continued slump in cash transactions.

FTSE 100 slips back into red

The FTSE 100 was dragged into negative territory at the end of trading after US data raised inflation fears while government borrowing costs also increased in Europe.

The chief executive of HM Revenue and Customs has received a scam call from fraudsters pretending to be the taxman amid a spike in people being bombarded with bogus messages.

Jim Harra wrote on Twitter: ‘We’ve seen an increase in scam calls recently so are doing what we can to warn people. As chief executive of HMRC, even I received a scam call this week.’

England and Wales will see any mist and fog clear in the morning, leaving a dry day with lengthy sunshine, said the BBC. The north will be largely cloudy, but there will be sunny spells in any breaks in the cloud.

Tonight will be mostly dry with clear skies overnight for southern Britain. There is the chance of a few mist or fog patches. Northern Britain will see more cloud with showers overnight in the northwest.

Tomorrow, northwest Britain will see any showers diminish in the morning followed by sunny spells in the afternoon. Elsewhere, it will be bright with plenty of sunshine.