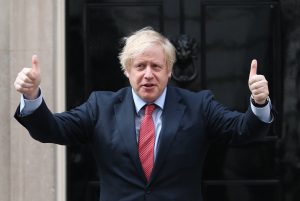 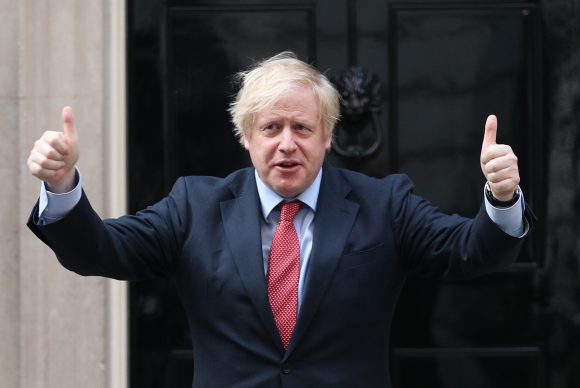 Boris Johnson is heading into a new week hoping changes to his top Downing Street team will ease the concerns of backbenchers who were wavering about his future.

The prime minister made key changes over the weekend, appointing chancellor of the Duchy of Lancaster Steve Barclay as his new chief of staff and journalist and long-time ally Guto Harri as his head of communications.

The Times reported No 10 was hoping to announce the return of Dame Emily Lawson, who currently runs NHS England’s vaccination programme, as the new permanent secretary this week.

A plan detailing how a backlog of patients on hospital waiting lists would be dealt with has been delayed.

Details of the NHS England plan were supposed to be published on Monday, but it’sbeen put on hold after a last minute intervention by Whitehall. It’s not known when the plan will be published.

The government, however, has revealed a new online service allowing patients not needing urgent surgery to get information about waiting times.

Carrie Johnson has insisted she ‘plays no role in government’ and has been targeted by ‘enemies’ of the prime minister in a ‘brutal briefing campaign’.

The prime minister’s wife issued a rare statement through her spokesperson on Sunday evening, after a Cabinet minister suggested she was coming ‘under scrutiny in a way that perhaps other prime ministers’ spouses weren’t’ in the past.

Mrs Johnson’s role in her husband’s premiership has been under the spotlight, and over the weekend a biography of the 33-year-old mother of two, by Tory peer Lord Ashcroft, was serialised in the Daily Mail and Mail On Sunday, which sought to look at her alleged influence on the PM’s decision-making.

Liz Truss has defended the Falklands as ‘part of the British family’ after China backed Argentina’s claim over the South American islands.

The foreign secretary tweeted that ‘China must respect the Falklands’ sovereignty’ after Argentinian president, Alberto Fernandez, met with China’s President Xi on the fringes of the Beijing winter Olympics.

According to a statement on London’s Chinese Embassy website, the two leaders spoke of their ‘deep friendship’ and Argentina signed up to China’s Belt and Road infrastructure initiative, a state-backed campaign for global influence. But they also signed an agreement in which China reasserted its support for Argentina’s claim to the Falklands, while Fernandez backed Xi’s one-China policy, which claims Taiwan as its own.

The worst of rising food prices is ‘yet to come’ ahead of a potential five per cent increase in spring, the chairman of Tesco has said.

It comes amid the cost of living crisis, which will result from surging energy prices and increased national insurance contributions in April.

Almost half of parents in Scotland are already finding it harder to pay their bills ahead of looming energy costs and other rising prices.

A survey, carried out between November and December last year, found 46 per cent of parents said it was more difficult to afford their bills.

The research, carried out for a coalition of charities, also found that 47 per cent of parents were less able to save some cash for the future compared to the same time the previous year. Meanwhile, around one in five parents in Scotland had experienced a reduction in earnings (22 per cent) or working hours (18 per cent) over the last 12 months.

GCSE and A-level examiners should be generous in 2022, say exam boards

GCSE and A-level examiners in 2022 will be asked to be more generous than in previous years to account for the disruptions to education caused by the pandemic.

Grade boundaries could be more generous in some cases, with a lower score across papers needed to secure a particular grade, but examiners’ generosity could be more wide-ranging, exam boards have said.

Exams regulator Ofqual has previously announced that grade boundaries will be set roughly between 2019 pre-pandemic levels and boundaries in 2021, when teacher assessment was used to set grades.

A bright start for all parts, reports BBC Weather, however in the north, it’ll turn cloudy with spots of rain. The south, meanwhile, should hold onto dry weather.

Rain will move into northern parts of England, Northern Ireland and southern Scotland tonight, while it’ll be drier with clear spells in the south.