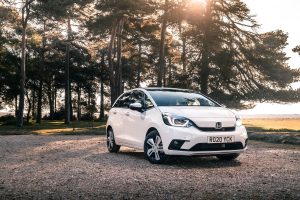 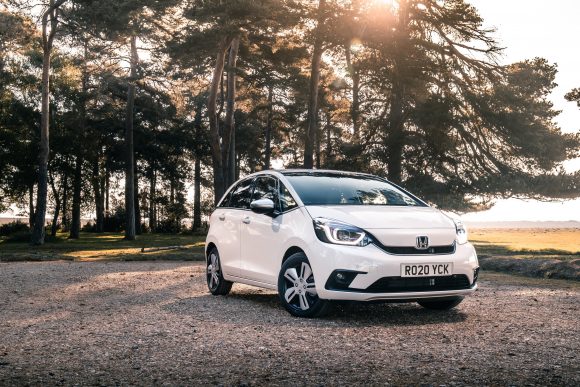 While the likes of the Ford Fiesta and Vauxhall Corsa lock out the sales charts month in, month out, the Honda Jazz gets on with the job with of offering buyers an easy life of low running costs and a spacious interior. All of this under the radar and not troubling the big boys.

Now, however, there’s a new model in town that Honda will be hoping changes that somewhat. It’s got a funky new look and a hybrid powertrain to keep running costs low.

The Jazz is important for Honda for many reasons but particularly with the new one as it’s the first to wear the new e:HEV badging.

It’ll be used on all future electrified Honda, and in the case of the Jazz, that means it uses a 1.5-litre petrol engine and two electric motors. 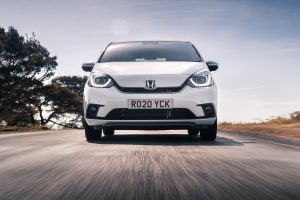 Those two electric motors are designed to keep the Jazz running on electric power for as long as possible, with the engine being used as a generator.

When the engine does kick in, it’s smooth to do so, but does have a rather coarse sound that’s particularly noticeable under acceleration. Like an EV it’s responsive to inputs as well, but the CVT-like gearbox isn’t massively appealing.

The Jazz is a boon in town thanks to the car running mostly on electric power, large windows make for great visibility and the ride is good too.

The new Jazz is certainly more interesting to look at than the old one, but that isn’t saying much. Compared to a Renault Clio, the Jazz is still rather uninspiring, but many people will be happy with its subtle looks. There is a cool look to the front, however, as the  chunky headlights and narrow grille give it a funky, retro Japanese kei car feel. 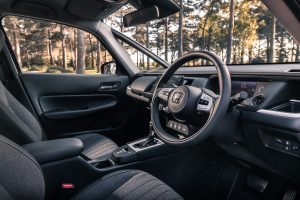 The previous Jazz’s trump card was the cavernous interior, and the new Jazz continues this trend with enormous windows giving fantastic visibility.

The dashboard design echoes the minimalism of the exterior, with a great compromise between relegating physical buttons to the touchscreen but keeping popular functions, such as the climate controls, on the dash. The single spoke steering wheel is a fun design, but the small instrument screen does already feel a little dated.

Top-spec EX adds smart entry and start, 16-inch alloy wheels, heated steering wheel and front seats, rear-view camera, and Garmin navigation integration for the infotainment system. For us, it’s the best value as it’s only a few thousand pounds more than the SE but gets way more kit. 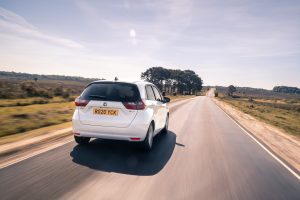 What Car? said: ‘The Honda Jazz is the small car to beat for passenger and luggage space, and its unique and incredibly flexible rear seating only adds to its practicality. It’s not the most fun car in the class (that’s the Ford Fiesta) or the most comfortable riding (that’s the Peugeot 208), but with excellent visibility, it’s definitely easy to drive.’

It’s immediately clear when driving the Honda Jazz that this new version will do nothing to change the model’s perception of being relatively dull but dependable. It’s a shame the Japanese firm couldn’t inject a little fun into this supermini, which works so well for its rivals.

However, it’s carved its own niche in being the ultra practical option in this segment that will massively appeal to those who aren’t passionate about their mode of transport. It’s the ultimate head over heart supermini.

Easily one of the most spacious superminis on sale