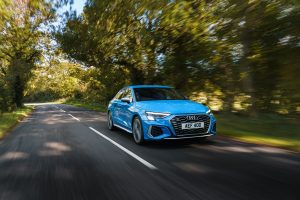 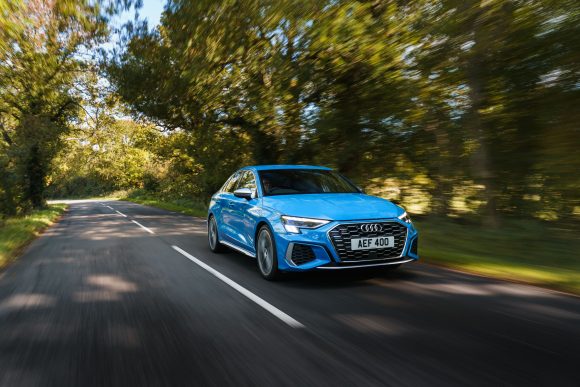 The Audi S3 is one of the smash hits of practical performance cars in the UK. It’s incredibly popular, thanks to its everyday usability and well-made interior too.

But now there’s a new one. With an updated platform, more power and even greater technology than before, it’s certainly well equipped to make as many waves as its predecessor did. We’ve been behind the wheel to try it out.

Straight away, things look pretty similar to S3s of old. There’s the signature quattro all-wheel-drive system, a lower ride height than the standard A3, and a few sporty design touches. The old S3’s quad exhaust outlets are still here, too.

We’ve got the saloon S3 – rather than the hatchback (or Sportback, as Audi calls it) – which means that it does look a bit longer and sleeker than usual.

Power across the range has been beefed up, while the car’s ride has been tweaked to make it easier to live with on a daily basis. 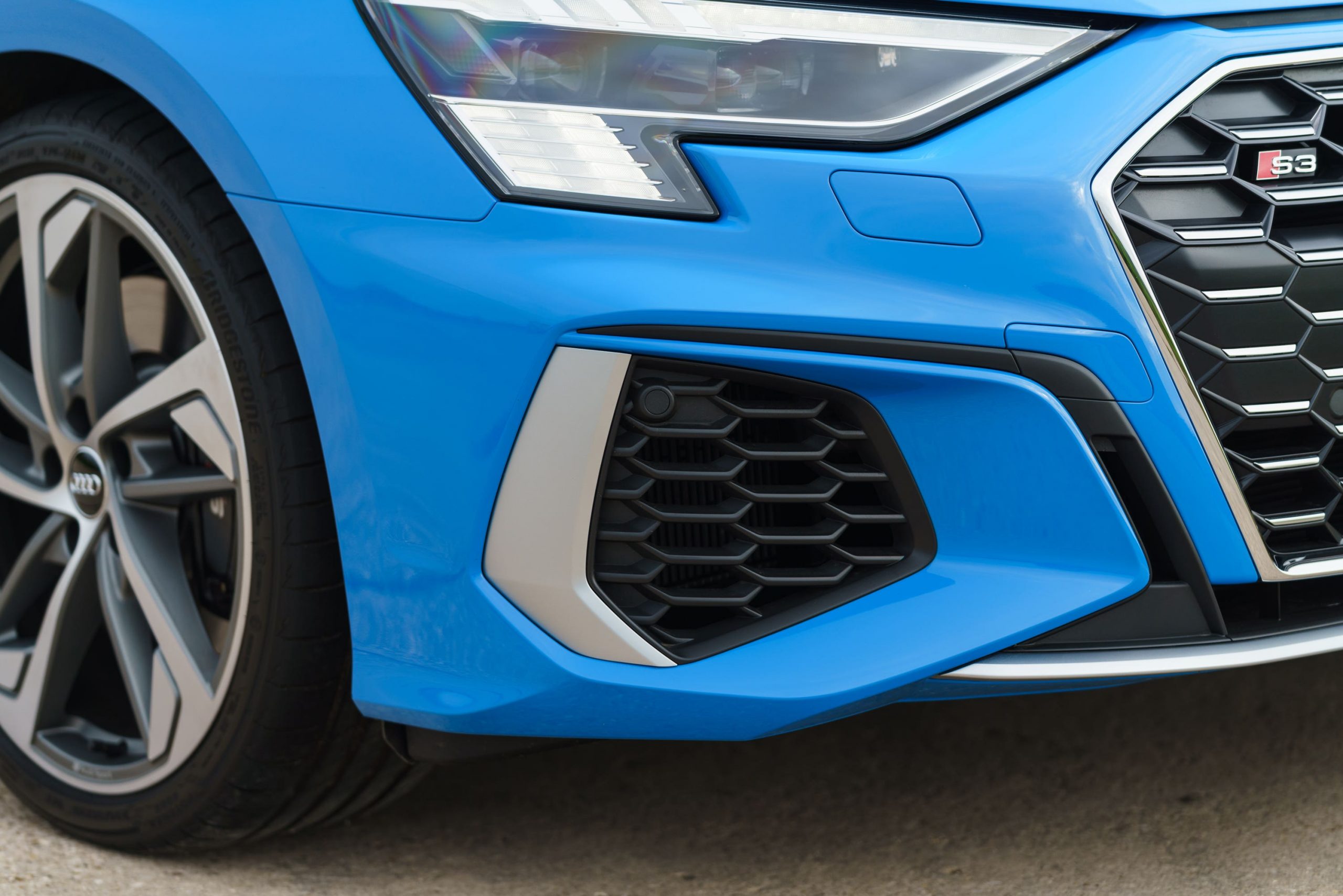 The S3 is powered by the perennial 2.0-litre turbocharged petrol engine, which has seen much use across the VW Group, including in the previous-generation car. Power, though, has been stoked up to 306bhp, while torque now hits 400Nm.

Driven through a seven-speed automatic gearbox to all four wheels, it’s enough to send the S3 from 0-60mph in 4.6 seconds before hitting a typically Germanic top speed of 155mph.

In typical fast Audi fashion, the latest S3 is well judged for use on a daily basis. The ride does sit on the firm side, mind, and over broken surfaces sends a fair bit of movement through to the cabin.

The engine, meanwhile, sits below the radar when you’re driving around town. There’s little murmur from the exhaust, while the gears slip along undetected. All in all, this is as easy to drive as a standard A3.

The seating position is slightly odd – we found the front section of the seat to be tilted slightly more upwards than you might expect.

But throw some pace into the mix and the S3 is very impressive. There’s some lag initially as the turbo spools up, but once it’s up to speed the 2.0-litre engine offers some serious pace.

And of course there’s that added security as a result of the all-wheel-drive system. The whole driving experience feels very assured and composed, if perhaps not the most exciting. 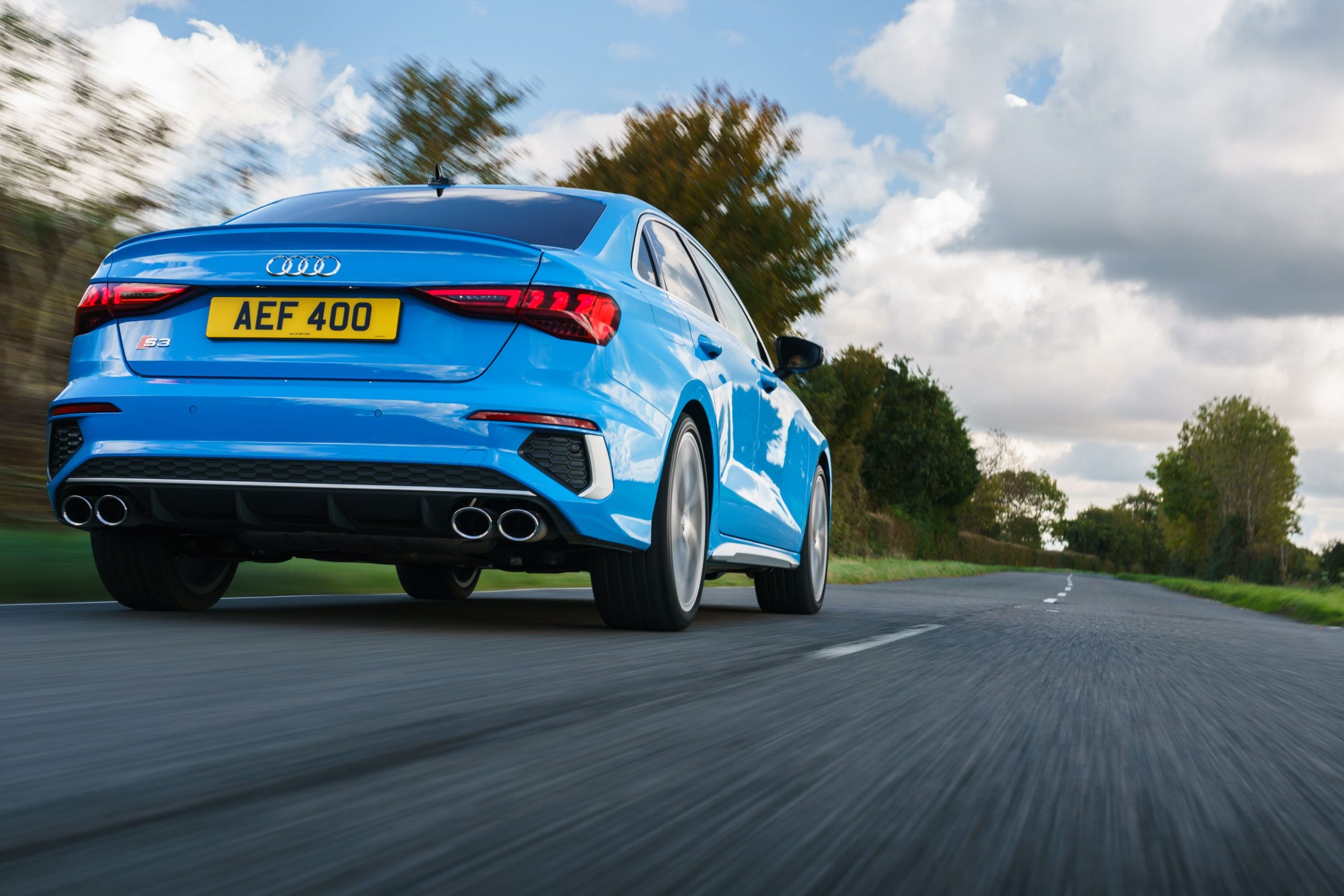 Our car, in saloon form, brings the classic Audi ‘less is more’ approach to performance car styling. Apart from the standout exhaust pipes and some mildly flared arches, there’s little to differentiate this from a standard A3.

Our test car’s bright red paint certainly helped to liven things up a bit, but pick a more subtle shade and this could be the ideal undercover performance car.

We reckon the hatchback body style suits the S3 the best – but that’s just our opinion. Those who prefer a sleeker, more coupe-style way of getting from A to B may find the saloon variant the more appealing option.

The interior of the S3 is designed around a new platform architecture – one we’ve already seen applied to the regular A3 and the latest Volkswagen Golf, too.

We’re not big fans of the stubby gear selector – which appears on all of these models – but a handy by-product is that the central area of the car feels spacious and decluttered.

This feeling continues upwards, where there’s minimal use of physical buttons. Most of the controls are centred around the main infotainment system.

The build quality is excellent, with wide use of high-quality materials that combine to create a well-balanced and premium-feeling interior. When it comes to boot space, there are 325 litres of seats-up space to play with.

Again, if you’re after a more practical option then we’d lean towards the Sportback variant, as its hatchback opening gives you easier access to the boot compared with this saloon. 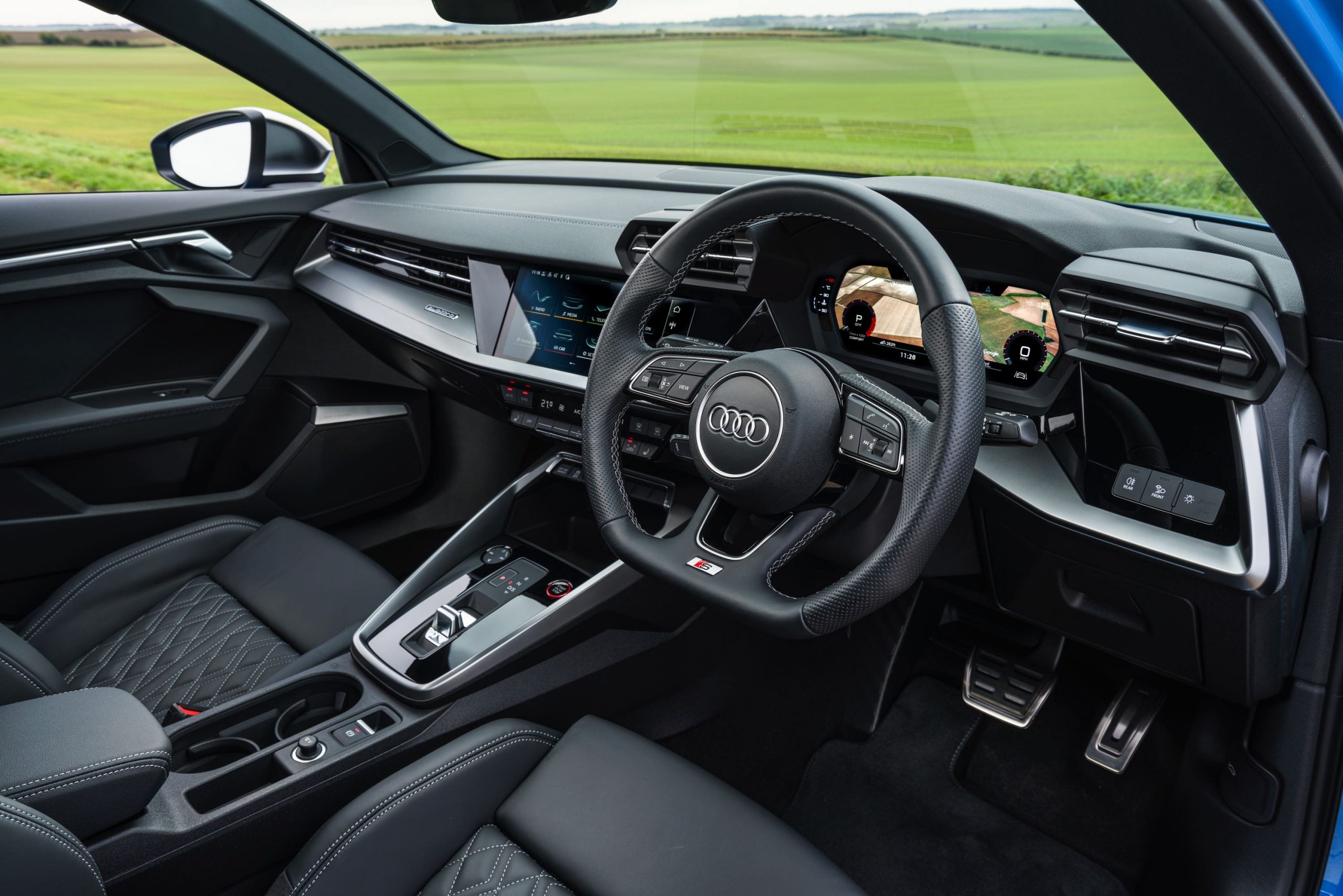 The S3 is a car that really does seem like excellent value when it comes to on-board technology, with the car’s sub-£40,000 starting price bringing a whole host of additions to keep even the keenest of tech fans happy.

The bulk of it is centred around the new infotainment display, which is now your main access point for many of the car’s controls. It’s clear and easy to use, retaining the crisp fonts that we’ve seen on other recent Audi models such as the A6 and e-tron.

Thankfully, though, the S3 has kept physical controls for the heating and ventilation, which makes them far easier to adjust than with a touchscreen setup.

It might not be as high tech as other models in this respect, but we think that this is one area of a car’s cabin worth keeping old-school. In contrast, the old volume knob has been replaced by a new touch-sensitive circle. It’s less effective than the older, more tactile control, so why change it?

The new S3 brings just what you’d want from this type of Audi: solid, secure performance wrapped up in a package that’s both pleasing to the eye and well put together.

However, the driving experience it delivers isn’t the most thrilling or the most involving. It feels much like a faster A3 rather than a dedicated performance model.

That said, as a car to bring a touch more zing to your daily drive, then the S3 does remarkably well, while thanks to a spacious interior and a decent-sized boot, it’s more than up to the task of being used each and every day.