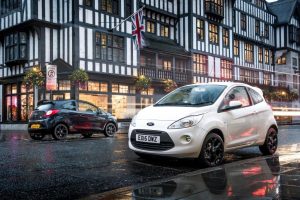 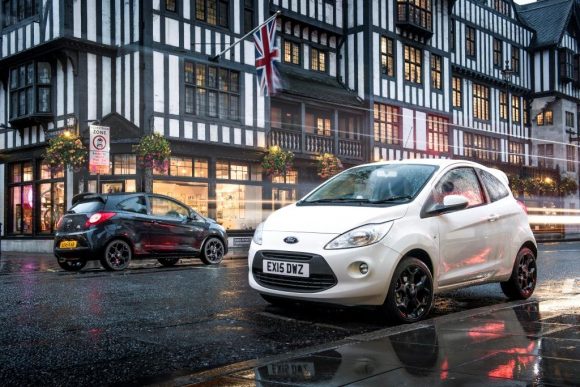 THE FORD Ka was the UK’s fastest-selling used car in February but SUVs got a boost thanks to the wintry weather, according to Auto Trader.

Examples of the small hatchback from 2016 with petrol engines and manual gearboxes took an average of just 17 days to leave dealer forecourts last month, placing it at the top of the ranking.

However, second, third and fourth place were all taken by SUVs in response to the seasonal bad weather, said the digital automotive marketplace. The 2011 diesel automatic Audi Q5 and 2015 diesel manual Vauxhall Antara both took an average of 19 days to sell, while the 2011 diesel manual Audi Q5 took 20. 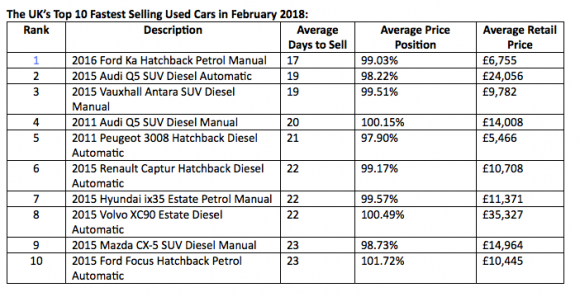 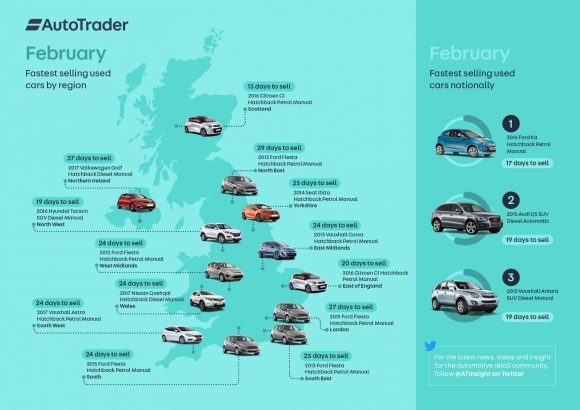 Karolina Edwards-Smajda, retailer and consumer products director at Auto Trader, said: ‘The year ahead holds some exciting opportunities for retailers, and finance will play an increasingly important role in driving growth, particularly within the used car market.

‘As we can see from our data, the most popular second-hand cars are three to four years old. Because of finance, these younger, more desirable, but more expensive cars are becoming more accessible to consumers who increasingly view cost as a monthly payment, not as a total price.

‘Making finance easier to understand and easier to navigate will really help retailers stand out in today’s competitive market.’