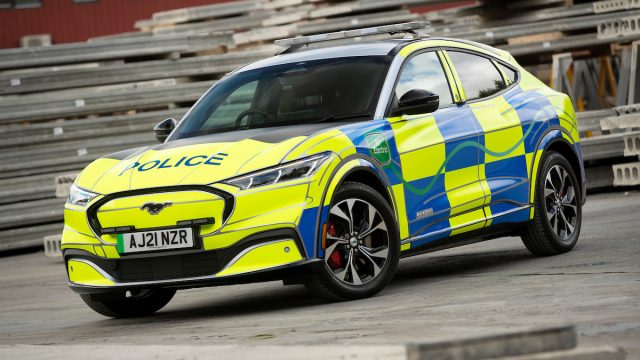 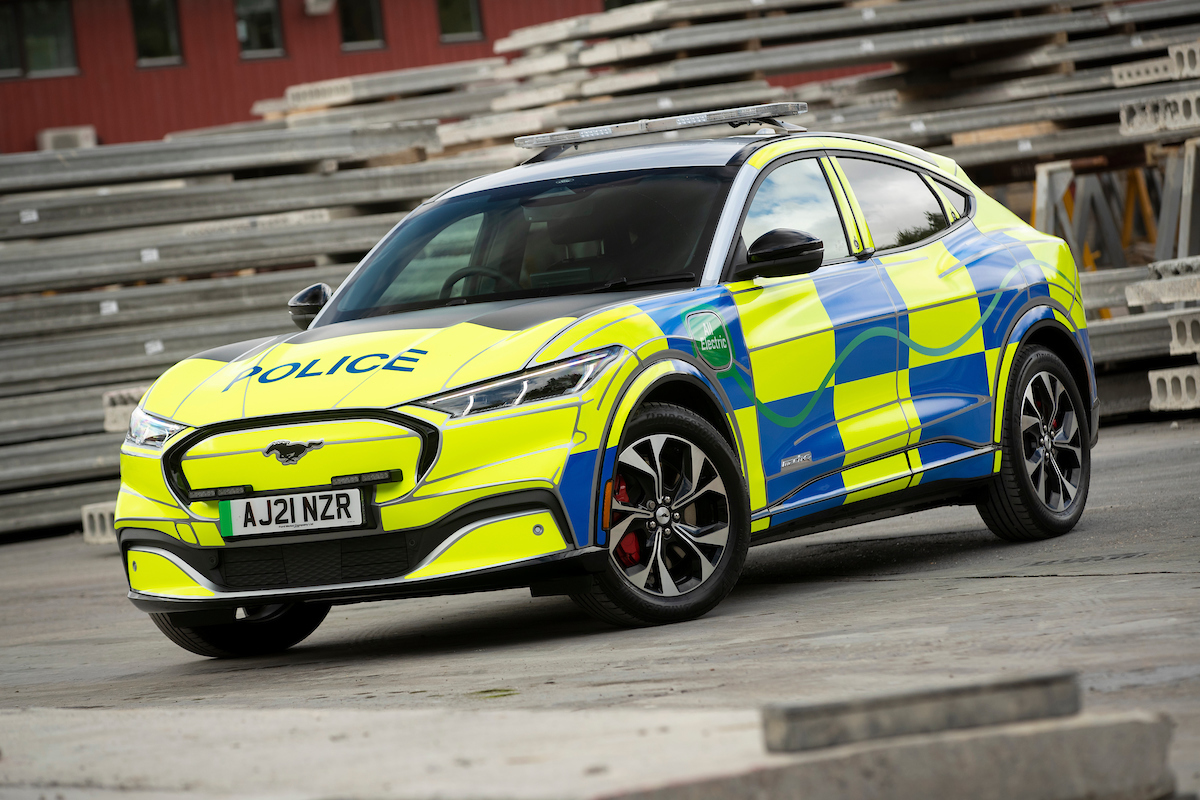 Ford’s Mustang Mach-E electric police car concept has already caught the eye of seven police forces and could get the blue light to become a regular on UK roads.

The police concept was unveiled yesterday (September 7) at the Emergency Services show.

This initial concept is based on the Mustang Mach-e Standard Range with all-wheel-drive, though Ford is planning to offer Extended Range versions of both its rear-wheel-drive and all-wheel-drive models to police forces too.

In addition, all of the car’s auxiliary functions operated from a 12-volt battery rather than the car’s drive battery, so the use of blue lights, sirens and other equipment won’t sap the Mustang’s electric range.

The conversion was carried out by Safeguard SVP in Essex, who fitted bespoke mounting pods and brackets throughout the car.

Terry Adams, blue light direct sales manager for Ford of Britain and Ireland, said: ‘The vehicle range is uncompromised as the blue light equipment is being drawn from the vehicle’s 12V battery and not the drive battery.

‘In future developments we will look to increase this battery capacity to allow for additional equipment to be fitted.’