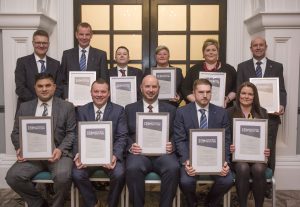 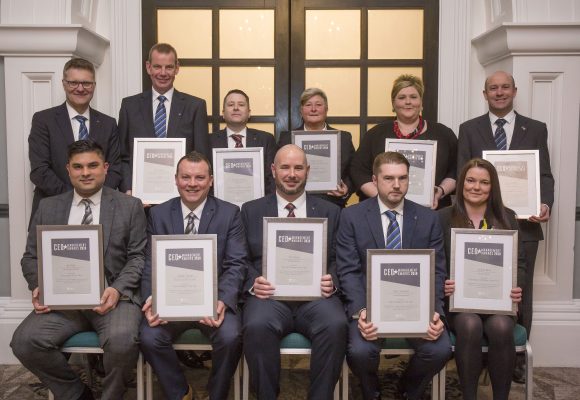 VERTU Motors celebrated the achievements of ‘game-changing’ colleagues throughout the UK at the company’s annual awards event.

The CEO Awards recognise the company’s top-performing colleagues from each area of the business, who have delivered exceptional performances and produced outstanding results.

Chief executive Robert Forrester hosted the awards at the 18th century mansion, Oulton Hall in Leeds, as the UK’s fifth largest motor retailer rewarded the efforts of its colleagues.

The company’s board and management teams nominate a shortlist of managers each year who have impressed at the group’s outlets, and in central services at its headquarters in Team Valley, Gateshead.

Forrester reviews each individual nomination before personally selecting the most significant performers in each area of the business and deciding who wins an award, in nine different categories.

He said: ‘The CEO Awards is something I always look forward to and enjoy, because they highlight the people who possess what I like to call the ‘‘unteachables’’ in our business.

‘These talented individuals have outstanding qualities you simply can’t teach, including passion and determination, and the awards underline the huge number of talented game changers we have in the group who take responsibility and add a lot of value to their role.

‘Vertu Motors now has more than 500 managers, so to be nominated is a great achievement in itself. To win means that you have really impressed the senior team through hard work, focus and determination. Congratulations to all the winners!’

MORE: End of the road for Infiniti in western Europe