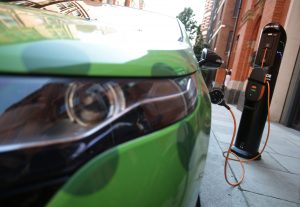 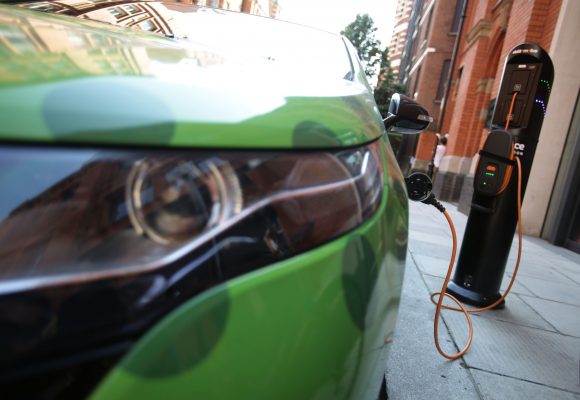 Government to plough £28m into EV battery development in Coventry

COVENTRY is to be home to a new national centre of excellence in developing the latest electric car battery technology with £28m of government investment.

Business and industry minister Andrew Stephenson was today announcing details of the UK Battery Industrialisation Centre (UKBIC), providing a ‘stepping stone’ for the goverment’s ambition for a Gigafactory in the UK – a large-scale battery technology factory for electric vehicles.

The investment, through its Industrial Strategy Challenge Fund, comes on top of an £80m initial investment in the centre, which will provide what it calls ‘world-leading testing facilities for new battery technologies’. The investment will also provide practical training to train people in battery manufacturing.

Stevenson was due to make the announcement on a tour of the UKBIC site alongside West Midlands mayor Andy Street to mark new funding, as they also unveil the new Local Industrial Strategy for the West Midlands – the first in the country.

The strategy sets out a long-term vision for the region to increase productivity – including how the West Midlands can harness the next developments in automotive technologies, such as electric vehicles and driverless cars.

Stephenson said: ‘Putting the UK at the forefront of the design and manufacturing of zero emission vehicles is at the heart of our plans – creating jobs, growth and opportunity across the country.

‘Driven by the potential of fast-paced development of battery technology, this investment puts the UK – among a handful of countries around the world – on the next step to meet the challenge by the future of mobility.

‘Our investment of £28 million in this new facility will support the UK’s world-leading automotive industry to compete internationally, attract further investment and establish supply chains for new electric vehicle battery design and development.’

Street said: ‘For Coventry to boast the UK’s Battery Industrialisation Centre is a major coup for the city and the wider West Midlands. ‘This £108 million facility will give the city and the region a huge boost in the race to lead the world in the production of electric vehicles, which is an increasingly important market as we look to tackle air pollution and climate change.’

UKBIC managing director Jeff Pratt said: ‘It is fantastic to see construction starting and we are looking forward to working with all our partners on this project, which will have huge significance on the next generation of battery systems.’

Business secretary Greg Clark said: ‘The launch of this first local industrial strategy in the West Midlands is testament to the local civic and business leadership in the region, and builds on its continued success to ensure every community across the region reaches their potential.

‘Our funding for the UK Battery Industrialisation Centre in Coventry is a key part of this, and will see a world-class facility developed in this automotive heartland, further cementing opportunities, growth and inward investment in the West Midlands.’

MORE: Dyson electric cars to be ‘entirely designed, manufactured and sold’ by the company