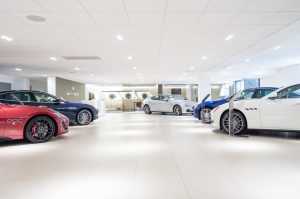 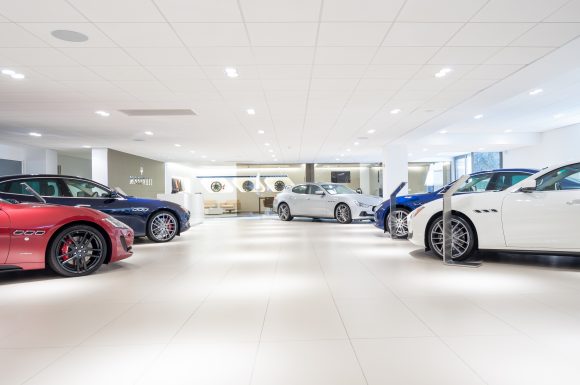 H.R. OWEN Maserati is celebrating its most successful year after Maserati London broke the dealership’s record for new car registrations.

The traditional elements of the product range – the GranTurismo and GranCabrio – as well as the sixth-generation Quattroporte, which was restyled in 2016 to include the GranLusso and GranSport variants, proved popular. In addition, the Levante – Maserati’s first-ever SUV – arrived in November, generating an unprecedented number of advance orders for the brand, and the South Kensington showroom found itself taking customers away from more established competitor brands. The 2017 model year Ghibli launched in September also proved to be a sales success for the London dealership.

Mark Langfield, Maserati brand director, said: ‘2016 was a fantastic year for H.R. Owen Maserati. Our showroom in South Kensington has proved itself perfect for Maserati customers old and new, and our fleet offers something for everyone.

‘Our excellent results are a credit to the superb Maserati London team, which provides exceptional service to customers and has adapted perfectly to the new products. This year promises to be another one to remember for H.R. Owen Maserati and we’re very much looking forward to it.’

On SuperUnleaded.com: Snowboarder Gets Towed By A Lamborghini Gallardo