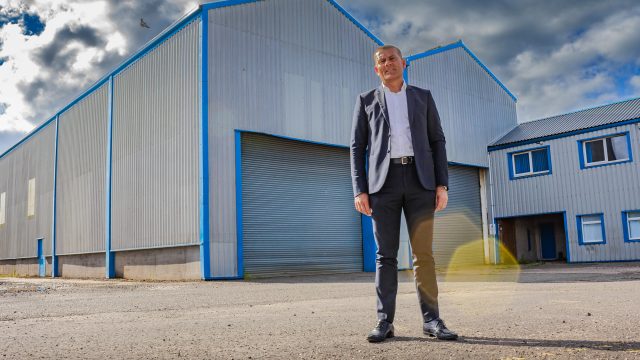 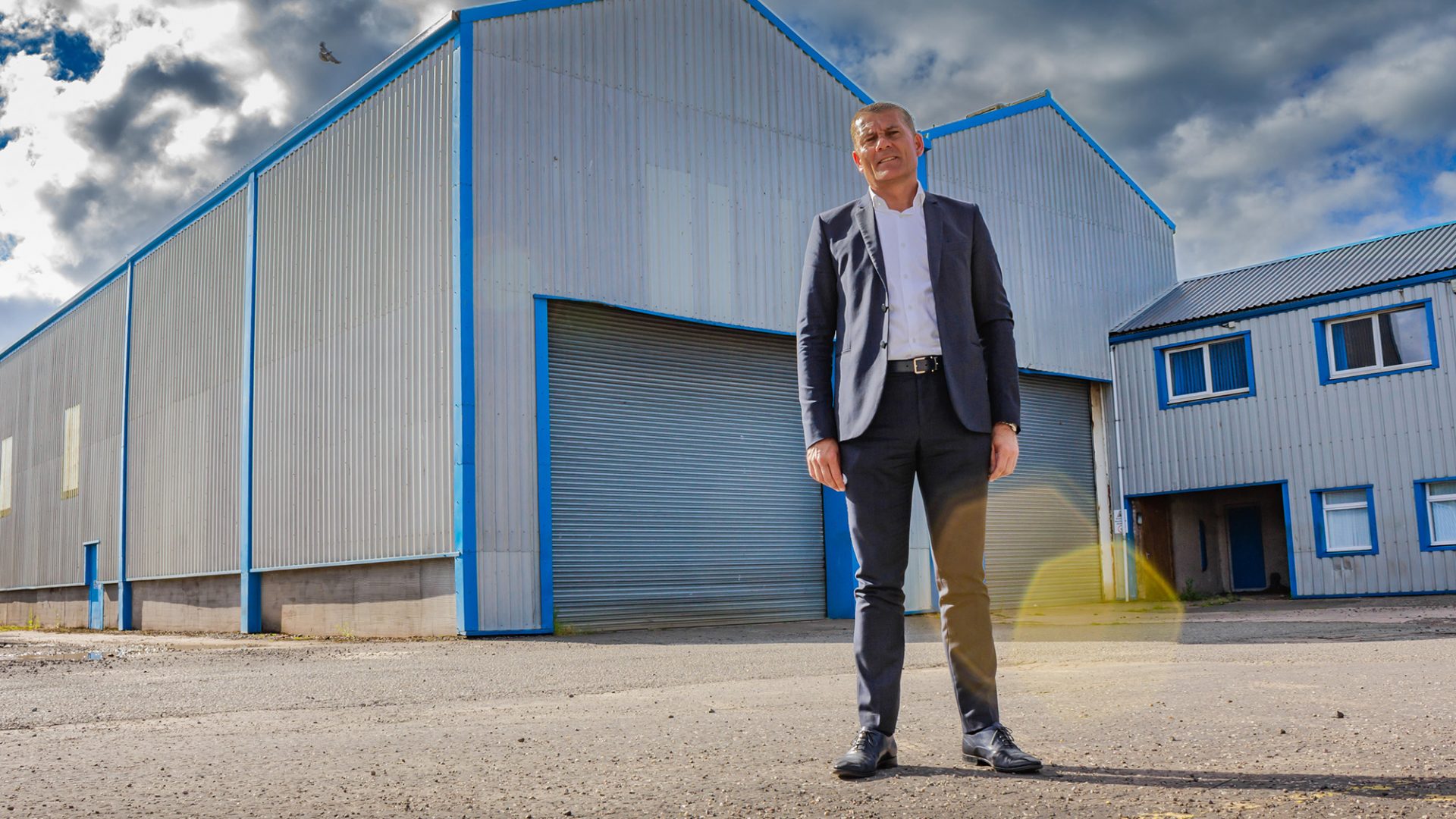 Dealer group boss Kevin Mackie has vowed to fight on after the High Court threw out a bid to claim damages from Renault and Nissan’s finance provider that he said effectively sank his business overnight.

The dealership business had also been seeking to add the two manufacturers to the same lawsuit.

It’s a ruling that Mackie, pictured above, says will have serious ramifications for the entire European dealer network, because it effectively means two-year rolling contracts enjoyed by franchise dealers can be ended in seven days without any good reason for doing so.

Mackie says RCI ‘destroyed’ his long-established and top-performing family firm overnight in November 2021 after it was ‘suddenly and without warning’ cut off by the two manufacturers from its systems via the Groupe Renault-owned RCI.

The debacle followed an article that appeared online last year, which made claims of money laundering in connection to Kevin Mackie’s estranged wife.

The Scottish outfit denied any wrongdoing, insisting that the loan transactions RCI investigated were normal, and describing the article as ‘unfounded clickbait’.

Speaking in court at the earlier hearing, David Cavender QC said RCI had cancelled its deal on the back of ‘unsourced allegations’ and that the article was ‘a political bid to blacken her name’.

The court was also told that the National Crime Agency hadn’t deemed it necessary to investigate the ‘internet gossip’.

When the problems subsequently started, first Mackie Motors’ parts supplies were cut off, then 48 hours later access to all systems including vehicles was similarly removed.

‘That meant we were unable to keep our customers safe and mobile as we couldn’t access the parts to repair their vehicles,’ said Mackie.

He added that a major concern from a dealer perspective is that the unilateral removal of finance services means franchised dealers are unable to treat customers fairly in accordance with their FCA obligations, because they wouldn’t have access to their incumbent franchise finance providers’ subsidised offers.

Mackie contacted Renault UK’s then MD Vincent Tourette as well as top figures at Nissan and within RCI to try to find out what had gone wrong, but the only response was RCI telling him it was ‘having technical issues with some dealers’ and would get back to him with an update as soon as possible.

Then, in December, Mackie Motors was given seven days’ termination notice, with RCI stating that it wasn’t obliged to give a reason.

Mackie Motors, which operated from three sites at Brechin and Arbroath for Renault, Nissan, Dacia and MG, was shut out from not only the finance systems but also all the clearing accounts and operational systems introduced by RCI and the manufacturers’ alliance over the years. 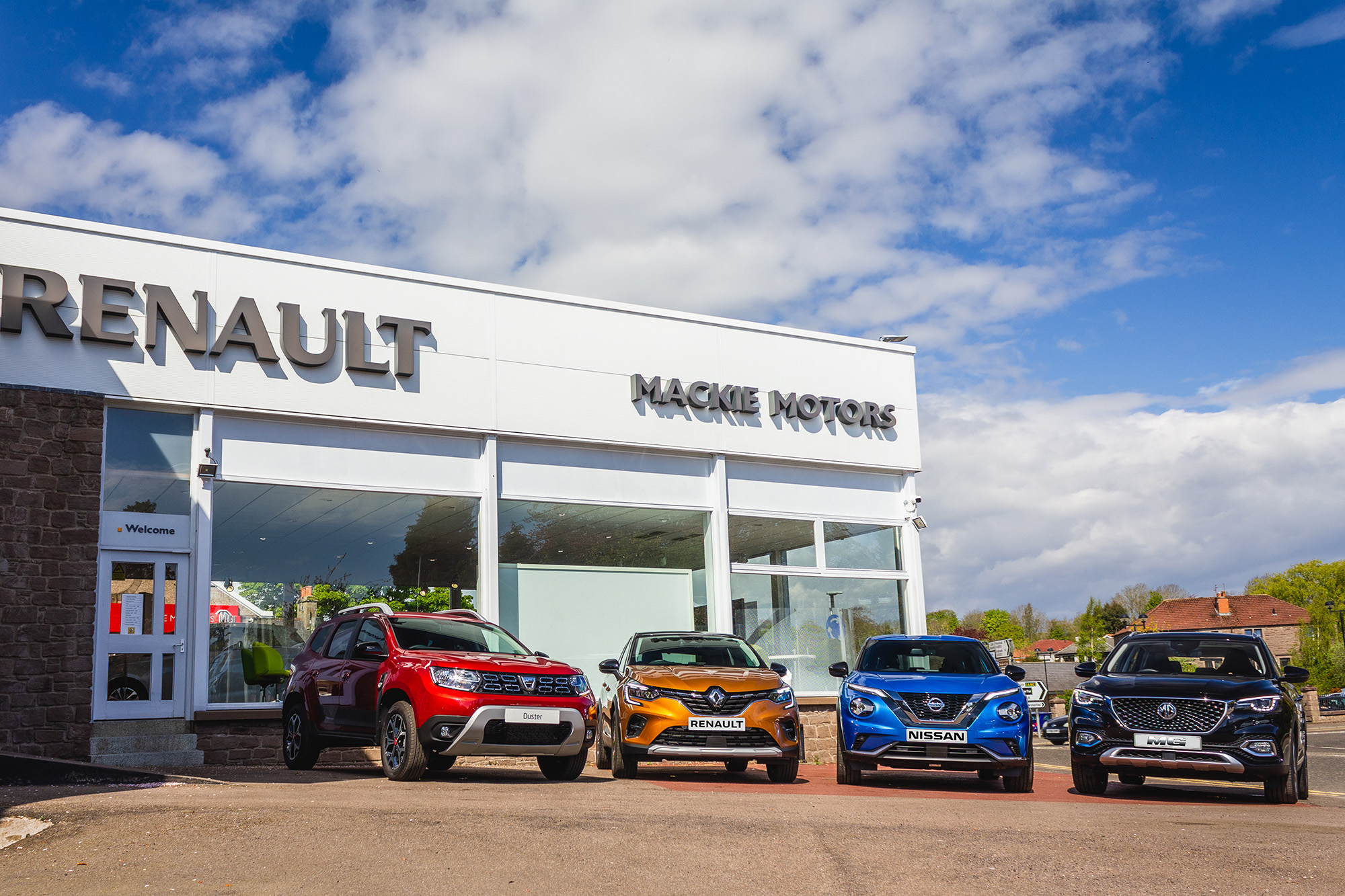 ‘This meant that the Mackie Motors business was paralysed,’ Mackie told Car Dealer. ‘They cut everything off. It wasn’t possible for us to continue to operate at all – new or used cars. We were frozen out and no one would talk to us.’

It couldn’t propose any repeat or conquest customers or access exclusive finance offers, nor could it keep existing customers updated on their vehicles’ delivery.

To make matters worse, 64 new car orders that were at the import centre awaiting delivery to customers who had waited months for the vehicles were cancelled overnight – with more than 30 of the cancelled orders destined for disabled customers.

Mackie Motors was also refused permission to buy all the used stock that was on funding plans, with RCI instead selling the vehicles at loan value, which Mackie reckoned cost the business more than £300,000.

To save the 75 jobs and support his customers, Mackie said he had no choice but to make the ‘heart-wrenching’ decision to quickly sell the franchise properties.

The properties were acquired by Park’s Motor Group, with the staff transferring to Park’s as of January 1, 2022, although Mackie Motors continued as a business entity.

‘From hero to zero’

Then, in March, months after the properties had been sold, the alliance manufacturers cancelled their dealer agreements, claiming Mackie had been in breach of contract.

‘It destroyed my mum Janie and dad Ron, who founded the company in 1977, to see the family business go from hero to zero for no good reason in the space of three weeks,’ he added.

Brechin-based Mackie, 54, took over the business in 1991, when it was selling some 92 new Renaults a year from its sole franchise at the time, and took it to sales of 2,200 new and used cars as the business expanded.

He began a legal action, as reported by Car Dealer, but that was rejected last month.

Now he is launching an appeal against the ruling – with top commercial dispute resolution lawyers Freeths, which specialises in retail motor matters, fighting the case – not just because of what had happened to him but because of what it means to all other franchised dealers.

He said he was astounded to hear RCI claim in court that Mackie Motors – which was ranked number one in the UK for Renault sales penetration at the end of 2021’s third quarter and in the top five for customer satisfaction – could have found an alternative finance provider for its dealerships. 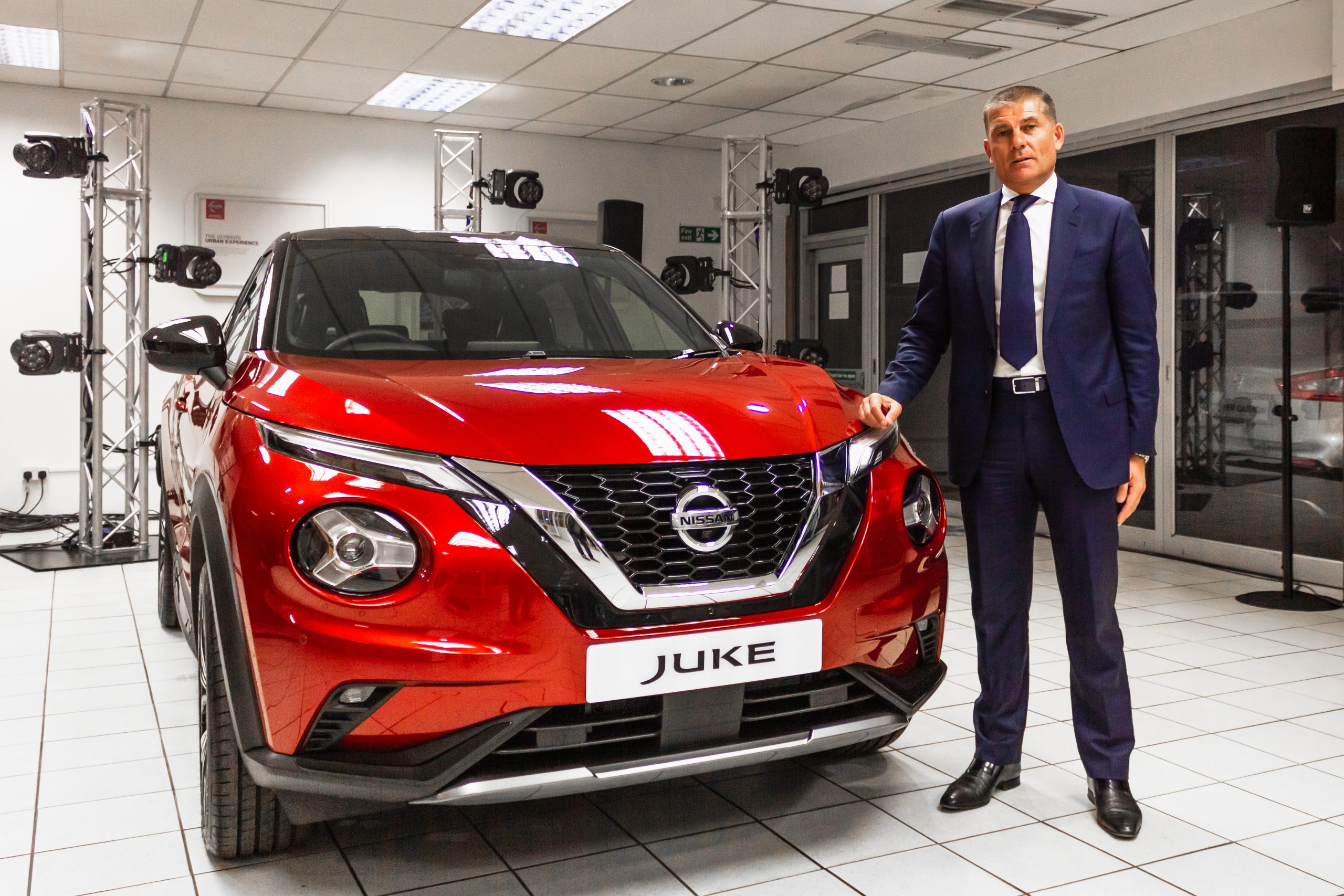 ’Industry specialists have confirmed this claim is completely unworkable where a dealer is cut off from the franchises’ own finance offers for new cars,’ said Mackie.

He added that he was further astounded when it was claimed that alliance manufacturers were within their rights to supply ‘zero’ vehicles to any of their dealers if they so wished.

‘But we refuse to be beaten, and while we recognise that this is like a David-versus-Goliath situation, we are not prepared to walk away, and we will continue our fight in the courts.

‘If RCI can kill off Mackie Motors on seven days’ notice “without any reason” and defend these actions as their legal right, then the ramifications for the European dealer networks are huge.

‘It means that if any manufacturer wants to change or remove a dealer from their network at any point, all they need to do is instruct their preferred finance provider to invoke the seven-day termination clause and close access to all systems.

‘They control all the data and access to everything the dealers need to survive.

‘RCI and the alliance incentivise and reward dealers on the basis that they sell their cars and use their exclusive new car finance, and they have groomed dealers over the years to become wholly reliant on the essential integrated operational systems now in place.

‘We are fighting not only for our rights, but for the rights of the wider dealer network.

‘If this is the way that the dealer agreements are written, I think there’ll be a tsunami through not just the UK but the European dealer network, because billions in investment goes into new sites.

‘Who in their right mind is going to put millions into something that will take them years to get their money back if it can be terminated in seven days? Nobody!’

He added: ‘Our legal team are appealing against the judgment on various points of law.

‘I genuinely believe there was not an understanding of how a franchise dealer operates, as we are more than certain the relationship formed many parts of an umbrella contract. 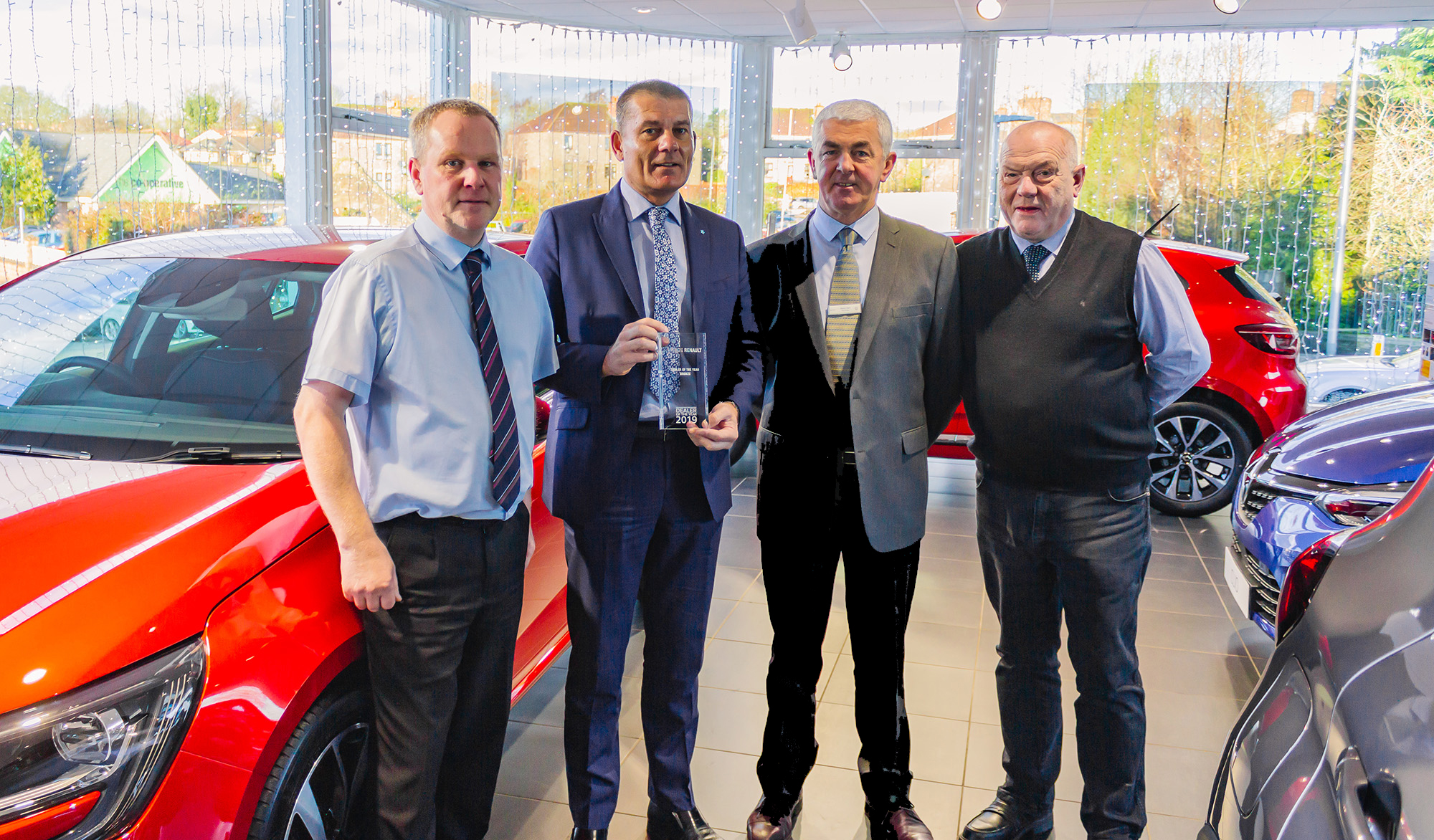 ‘No matter what franchise you’re operating, if you don’t have access to the manufacturers’ suite of finance offers, you’re dead as a business.

‘It will be interesting to see how investors and banks react if RCI can legally terminate a dealer with no reason in seven days and override the rolling two-year dealer agreement.’

Richard Coates, head of automotive at Freeths, told Car Dealer: ‘The decision by the High Court is, in our view, fundamentally wrong and we believe that the Court of Appeal will overturn this judgment.

‘Everyone in this sector is currently affected by this decision.

‘In essence, all retailers should check the suite of agreements they have, otherwise they might find themselves in Mackie Motors’ very unfortunate situation.’

Car Dealer contacted RCI Financial Services, Renault and Nissan about it, and Renault UK told us in a statement: ‘Renault UK was not a party to these proceedings and has no comment.’

Meanwhile, Nissan issued a similar statement to us, saying: ‘We are not able to comment on this as Nissan was not party to those proceedings.’

We have yet to hear back from RCI Financial Services.