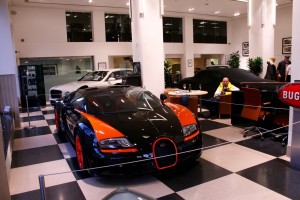 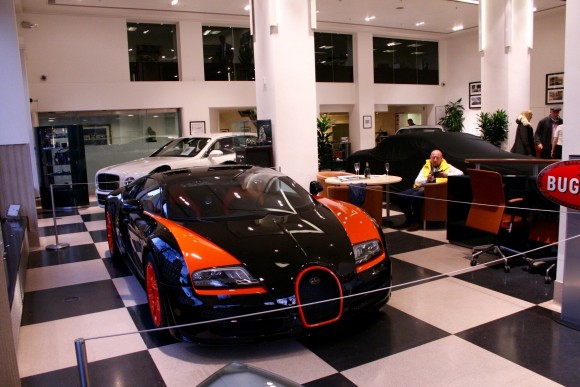 A low-mileage example is going on sale at the flagship showroom in London. The eye-catching black and orange car is currently available for viewing at the dealership in Berkeley Square, which is the only official UK dealer for Bugatti sales and servicing.

Now that production has stopped of the Bugatti Veyron, this is a unique opportunity to acquire one of the most desirable cars ever made. The open-top example up for sale at HR Owen is finished in black carbon-fibre, with orange-painted Arancia carbon fibre details. 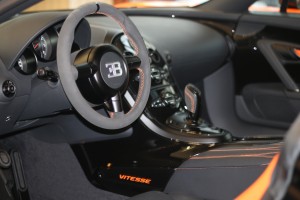 The black and orange theme continues inside, with black and orange leather combining with Arancia Mira Alcantara. The colour scheme was conceived for the car’s record-breaking speed attempt, which took place in April 2013 when it reached a speed of 254.04mph.

This car is the ultimate incarnation of the Veyron. Of the 450 Veyrons made, there were only 150 roadsters produced and of those, only eight were World Record editions.

This particular version is a UK car, and was originally registered in October 2013. It has only had the one owner since then, and has covered just 1130 miles.

With the Veyron only ever being made in limited numbers – only 450 were made over nine years of production – values of this car are set to be strong in the future. This Grand Sport Vitesse is offered for sale at £1,795,000.

Anita Krizsan, Bugatti brand director for HR Owen, says: ‘This is a fantastic example of an iconic car, which has been meticulously cared for. It will make for a wonderful investment for collectors and enthusiasts alike.’

On SuperUnleaded.com: Is An F40 The Perfect Farm Vehicle? Looks Like It Is!