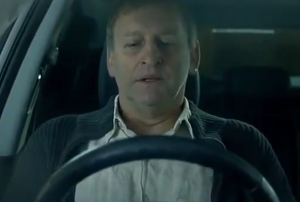 WITH sales predicted to plateau for Hyundai Motor UK this year, the last thing dealers needed was a marketing stunt to go wrong.

But that’s just what has happened to the Korean firm. Undoubtedly one of the biggest stories this week – and probably the biggest marketing blunder so far this year – Hyundai has sparked controversy with an insensitive marketing video for its new ix35 FCEV (Fuel Cell Electric Vehicle).

The company hopes to steal a march on rival firms by being the first manufacturer to bring to market a hydrogen fuel cell-powered SUV. Hyundai has plans to build 10,000 of the forward-thinking ix35 by 2015 – and one way of telling the world about it was through memorable adverts.

However one such video has caused outrage among members of the public, the media and in social media circles.

The film, which would seem to be shot with high production values, depicts a man taping a hose to his exhaust pipe, sealing himself inside his ix35 in his garage and waiting for the inevitable to happen…

Only it doesn’t, because the car is in fact the new ix35 FCEV which produces water particles from the exhaust pipes. The ad closes with the slogan: ‘The new ix35 with 100 per cent water emissions’.

The closing line hasn’t amused views, though. One Twitter user, whose father killed himself in the same way, posted a blog about her outrage and aimed it at Hyundai and Innocean, the ad agency behind the video.

Holly Brockwell wrote: ‘When your ad started to play, and I saw the beautifully-shot scenes of taped-up car windows with exhaust feeding in, I began to shake. I shook so hard that I had to put down my drink before I spilt it. And then I started to cry.’

Motorist journalist and former Car Dealer columnist Alex Goy has also experienced suicide first hand. He told us: ‘I understand that brands are constantly looking for new, clever ways to show how great their products are. Using a suicide attempt may be new, but it certainly isn’t clever.

‘Many people, myself included, have had to open a suicide note left for them. The shock, the loss and sheer terror of having someone choose not to be in your life any more is incomparable and deeply, deeply unpleasant.

‘To have the worst moment you can ever go through packed up and used to show off green tech is utterly repulsive.

‘I’ve been in a fluctuating state of anger, rage and shock since I first saw it. To put it politely – I’m cross and would quite like to see the ‘creative’ responsible for this forced to read out suicide notes left to the people this ad has hurt,’ he added.

We asked for a comment from Hyundai, and the company said the following: ‘Hyundai understands that the video has caused offence. We apologise unreservedly. The video has been taken down and will not be used in any of our advertising or marketing.’