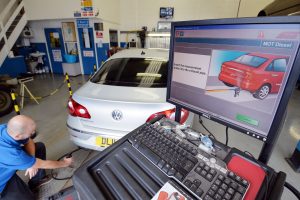 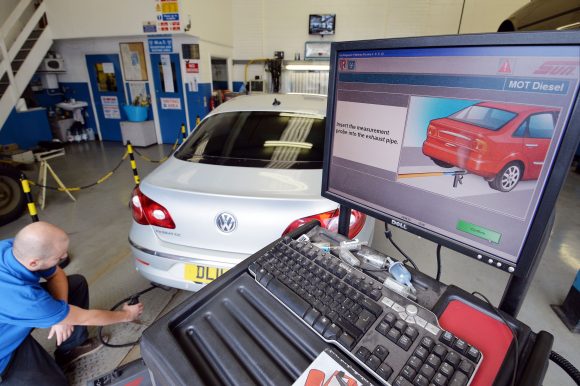 The Independent Garage Association (IGA) says it is ‘fully prepared for whatever it takes’ as it pledges to fight government plans to introduce a two year gap between MOTs.

The government is currently considering the new measure in a bid to ease strain on motorists, particularly in light of the cost-of-living crisis.

However, the motoring industry roundly panned the idea when it was touted by transport secretary, Grant Shapps earlier in the year.

Despite one study recently finding that motorists are in favour of the move, experts have raised grave concerns over safety.

The IGA has now launched a scathing attack on the plans and have accused the government of being ‘desperate to appease consumers at the expense of putting road safety on a back seat’.

Stuart James, CEO of the organisation, has vowed to fight any attempts to change the current year-long gap and says Boris Johnson’s government is acting ‘impulsively’.

In his July bulletin to members, he said: ‘We are receiving many communications from members with regard to the suggestion that the MOT duration could be extended to two years, and whilst the government seems desperate to appease consumers at the expense of putting road safety on a back seat, no proposals or public consultations have been officially announced.

‘We suspect that the government will go ahead and seek views from stakeholders, even though it has been rejected on four previous occasions on the grounds of road safety.

‘It’s now more important than ever that cars are checked regularly by an industry professional and it’s a fact that in times of economic hardship, people hold back with servicing their cars.

‘If the MOT frequency is reduced, consumers will inevitably wait longer to get any problems checked, ultimately increasing their long-term costs by giving small defects more time to turn into complex, expensive problems.’

Among the firms to have already criticised the government plans are the SMMT, the AA and the the National Franchised Dealers Association.

RAC, head of roads policy Nicholas Lyes, was also critical, calling for the plans to be ‘consigned to the bin’.

It is a sentiment that James has now echoed, saying the change would be a ‘disaster for consumers and road safety’.

He added: ‘This combination of factors means that reducing the MOT frequency would be a disaster for consumers and road safety.

‘The government is acting impulsively at a time when they want consumers on their side, despite there being no consumer pressure to change the MOT.

‘Saving the cost of an MOT every other year is not worth the price of ruining the UK’s outstanding road safety record and will only achieve the opposite goal and increase motorists’ costs long-term.

‘Please be assured that the IGA are fully prepared for whatever it takes to maintain yearly MOTs.’