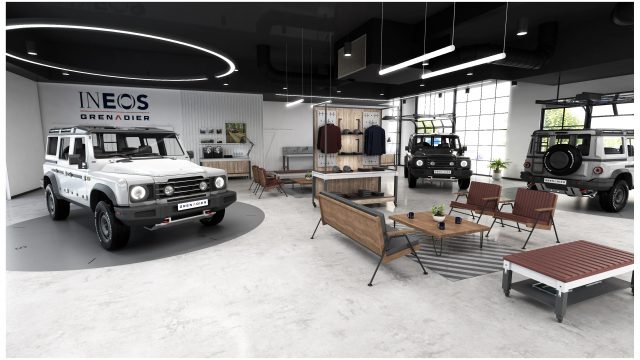 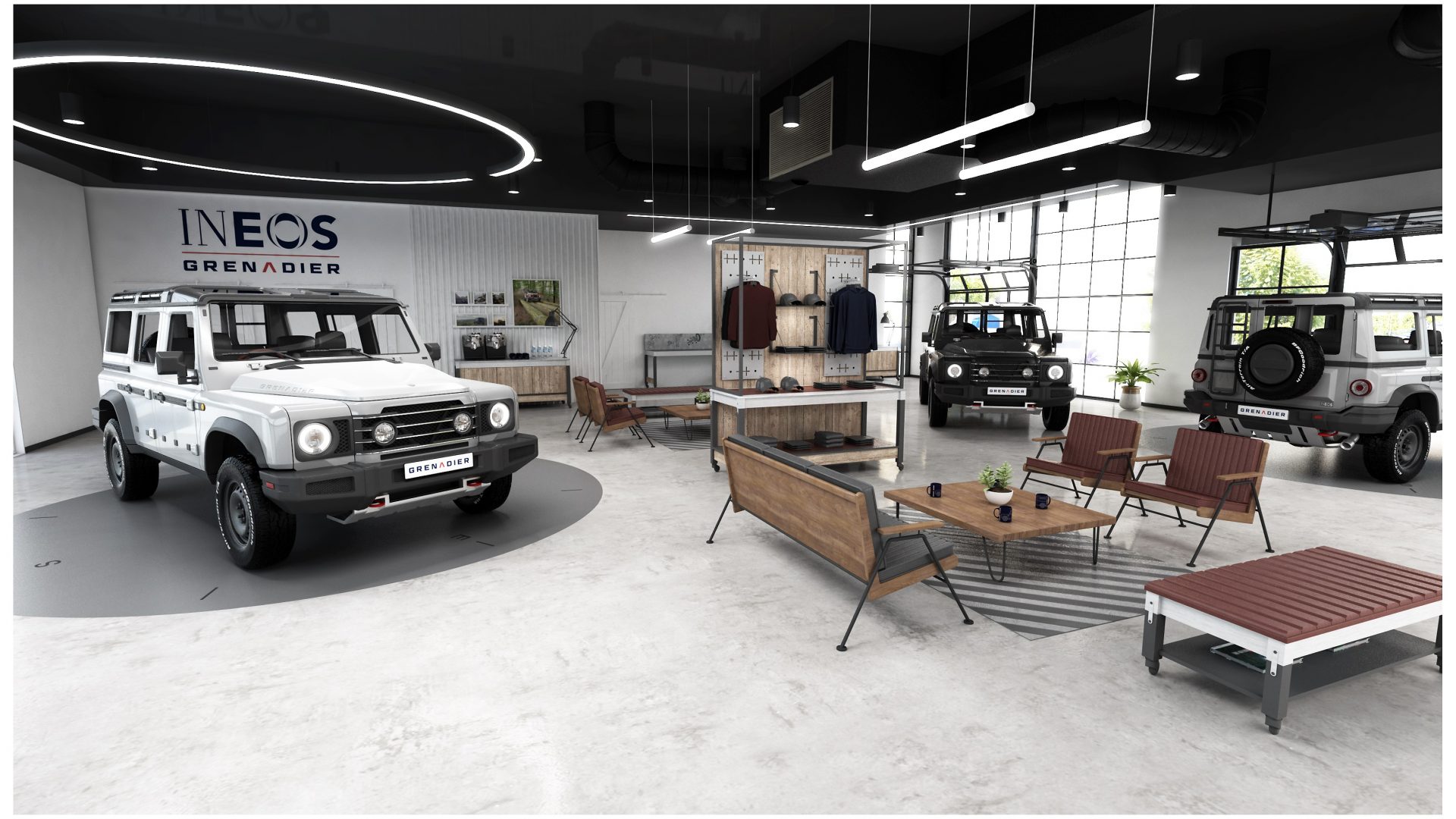 The new British car brand has signed agreements with Cambria Automobiles along with Compass Tractors in Bridgewater and Somerset, and JT Hughes in Telford.

The firm said it is currently striking up agreements with retail and aftersales partners around the world, and is seeking to establish up to 200 sales and service points for the new vehicle.

Ineos says customers will ‘never be further than 50km away from an Ineos-accredited workshop’.

Mark Tennant, commercial director at Ineos Automotive, said: ‘We wanted to give customers the choice of how much they wanted to see us, which means providing a full combination of digital and physical options.

‘Customer convenience, parts availability, service quality: we are focusing on getting the basics right, giving customers the buying experience they want and the aftersales support they need.

‘If preferred, customers in our main markets will be able to buy their Grenadier online, including organising vehicle finance and handling any part exchanges.

‘But we fully accept that most will want to try before they buy, for which having an extensive network on the ground is essential.’

The announcement comes as Ineos opens for online reservations for the Grenadier.

The company says around 75,000 people have now raised their hands as prospective buyers of the vehicle.

These ‘handraisers’ will be able to place a build reservation from tomorrow (Sept 30), for an exclusive two-week period.

From October 14, reservations will be open to everyone else.

The Grenadier is expected to cost from £48,000 with deliveries scheduled for July 2022.

Billed as a ‘no-nonsense 4×4’, Ineos says the Grenadier fills a void in the market left by other car manufacturers.

The idea for the Grenadier came after Land Rover refused to sell Ratcliffe the designs and tooling for the Defender when it ceased production in 2016.

And the name comes from Ratcliffe’s favourite pub in Belgravia, London.

The Grenadier is being manufactured at Ineos’s factory in Hambach, France.

The firm has originally hoped to build the 4×4 in Wales but those plans were ripped up when the factory, previously owned by Mercedes-Benz, came up for sale in July 2020.