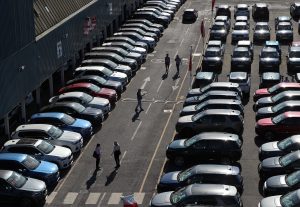 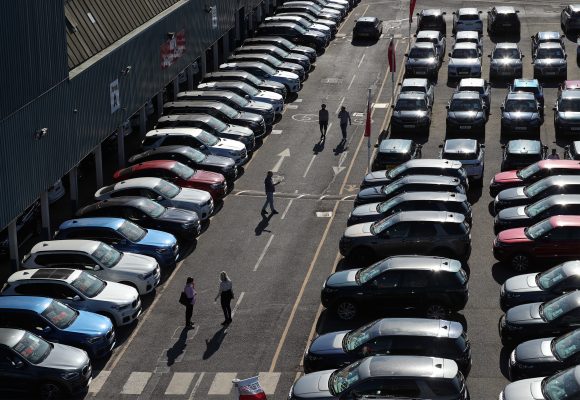 If the general public is to be believed – the car industry is suffering like it never has before.

Car buyers mistakenly believe dealers are struggling with less trade and are selling off vehicles at rock bottom prices.

That’s why they find it quite hard to believe when they hear the exact opposite.

While few dealers would say the lockdown was anything other than devastatingly painful, the speed at which the car market has bounced back – and continued to accelerate – has shocked even those in charge.

What started with a rush on used car stocks, pushing prices skywards and depleting supply has now flipped into positive order numbers for new cars too.

And with the September 70-plate change fast approaching, many car dealer bosses are pleasantly surprised at the new car orders their businesses are clocking up.

Vertu Motors reported yesterday that new car sales were up 18.1 per cent in July on last year with used cars up 13.7 per cent. It helped the group post a whopping £7.4m for the month, helping to wipe out its lockdown losses.

This has led to a bit of dilemma in the industry – and one that sees those on opposing sides voice their thoughts in equal measures.

While there are some dealers out there who are very happy to shout about the positive state of the market, there are plenty of others on the other side of the fence who think that’s not wise.

Dealers are caught between wanting some assistance from the government to boost demand further – something they won’t get by shouting about how good business is – but on the other hand a need to appease shareholders who want to hear some positive news.

The government is closely watching the industry.

Apparently a package of assistance has been primed by politicians, but the trigger hasn’t been pulled as they carefully watch how the market develops.

So what is really happening out there? With dealers now open 11 weeks, has that demand for new and used cars continued or is it beginning to peter out?

Here’s what they told us.

Sean Kelly, MD of Vines BMW, says new car sales are beginning to stabilise but are still below the first quarter of the year.

He said: ‘New car orders are stabilising, but at a rate slightly below Q1 average – albeit Q1 2020 was 30 per cent up on 2019. So I remain optimistic about the short term opportunities.’

Positively, Kelly believes that any pent-up demand has now been satisfied but a 10 per cent increase in sales is still being recorded.

He added: ‘This appears to be something more fundamental and reflects the continued desire for people to have their own space when travelling and avoiding public transport and ride-share options.’

He added that used car sales at his dealerships are currently 40 per cent up on the same period last year and service bookings are continuing at pre-lockdown levels.

Waylands: Couldn’t have have hoped for better

Enquiry levels at his sites are up around 30 per cent and, more importantly, conversion rates are up 40 per cent. Impressively, Waylands new car orders have also risen 60 per cent year on year.

‘In short, I couldn’t have hoped for business to be so strong once we reopened,’ O’Hanlon told Car Dealer.

He said all his sales staff are now back at work and they’re making in-roads into the lost sales from April and May when dealers were shut down.

O’Hanlon has also flexed his used car stocking profile to suit the new demand – taking on cars a little older and cheaper to facilitate those buying a second of third vehicle. 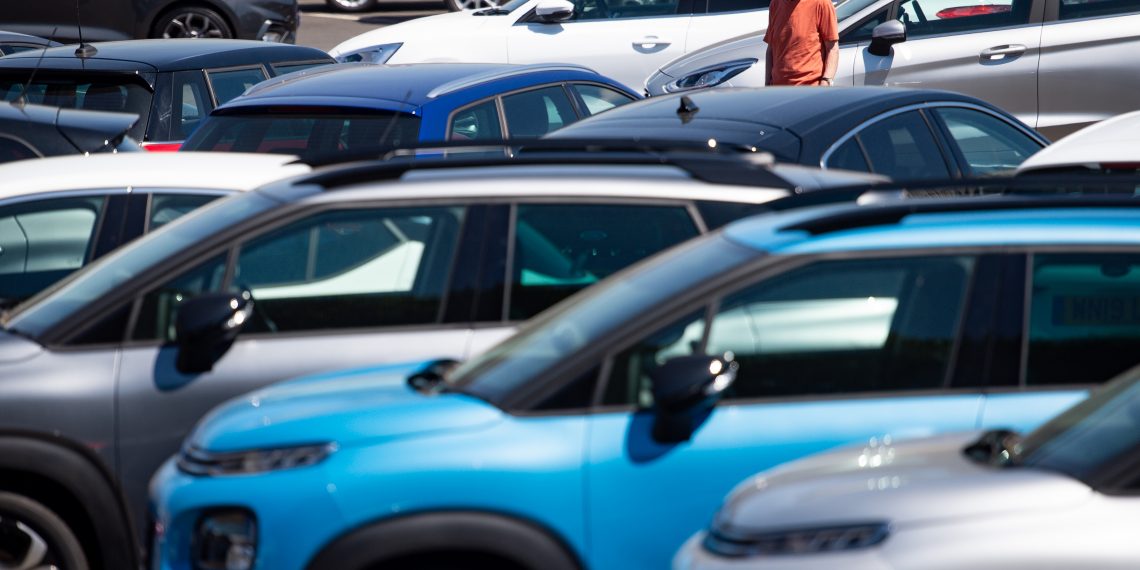 Hendy: We are embracing the new normal

For Hendy Group – which runs a variety of dealerships across the south coast, including Ford, Honda and Land Rover franchises – the restart was buoyant and that success has continued.

Chief executive Paul Hendy said he was ‘delighted’ with how well things have been since his firm had ‘embraced the new normal’ and said the success of June and July had carried on in the first few weeks of August.

‘I believe some of this is pent up demand,’ he told Car Dealer.

‘We also believe those customers unable to holiday abroad are also out shopping and those in secure employment are financially in a good place.

‘We are having success across the board – new and used cars as well as commercials and fleet. The service departments have also had an exceptional June and July.’

Hendy fears that ‘talking the economy down’ over the next few months and the threat of regional lockdowns could impact business, though.

SW Car Supermarkets: Sales are going up and up

It’s not just the franchised world that has seen sales pick-up – big independent players like SW Car Supermarkets have reaped the rewards of the interest in used cars.

John Marshall, operations director for SW Car Supermarket Group, said sales had risen 28 and 34 per cent in June and July and so far are up 38 per cent in August compared to pre-Covid months at the start of the year.

He said: ‘We are finding that all age ranges of used cars are currently in demand. Late model, mid-spec cars are selling really well – particularly brands with longer warranties, such as Hyundai and Kia.’

Marshall said the group had not laid off a single employee during the crisis and are actually currently recruiting.

‘At the end of the day, people still need vehicles, even in a recession,’ he said.

‘I think as an industry, we have learned to manage our way through a crisis and adapt to an ever evolving marketplace.’

Big Motoring World: If you’re good you will always shine

Big Motoring World boss Peter Waddell is his usual bullish self when it comes to describing the current state of the used car market.

‘There is no pent up demand,’ he told Car Dealer.

‘If you’re good you will shine. People will always need a car, just like they need a house so there’s no recession in my eyes. Maybe they’ll buy a 20 grand car instead of a 40 grand one, but we’ll still sell cars.

He also managed to sell 2,000 used cars during the lockdown – all of them completely online – giving him confidence his soon-to-be-launched online used car retailer solution Carzam will help his business continue to flourish.

North of the border, Scottish dealers may have been slower to open but they’re enjoying sales success too.

Used car dealer Jim Reid said that despite being locked down until the end of June he’d clocked up ‘great results, great numbers’ and was ‘turning a profit’.

Reid said everything was selling well – from 4x4s to sports cars – but he does fear there’s a downturn in enquiries coming.

‘We have started to see this during August where there is a distinct quietness around quality leads,’ he told Car Dealer.

‘I feel that October through to February could be very difficult as we start to see the full story about redundancies.’

North said he has sold five Ferraris in the past six weeks while more affordable vehicles at the sister dealership Harvey Cooper cars have also sold well.

‘Although the correct provenance and specification is still very important, we are selling at asking price or close to it,’ said North.

‘I feel this is positive for both dealers and clients as it’s keeping residuals strong which helps everyone.’ 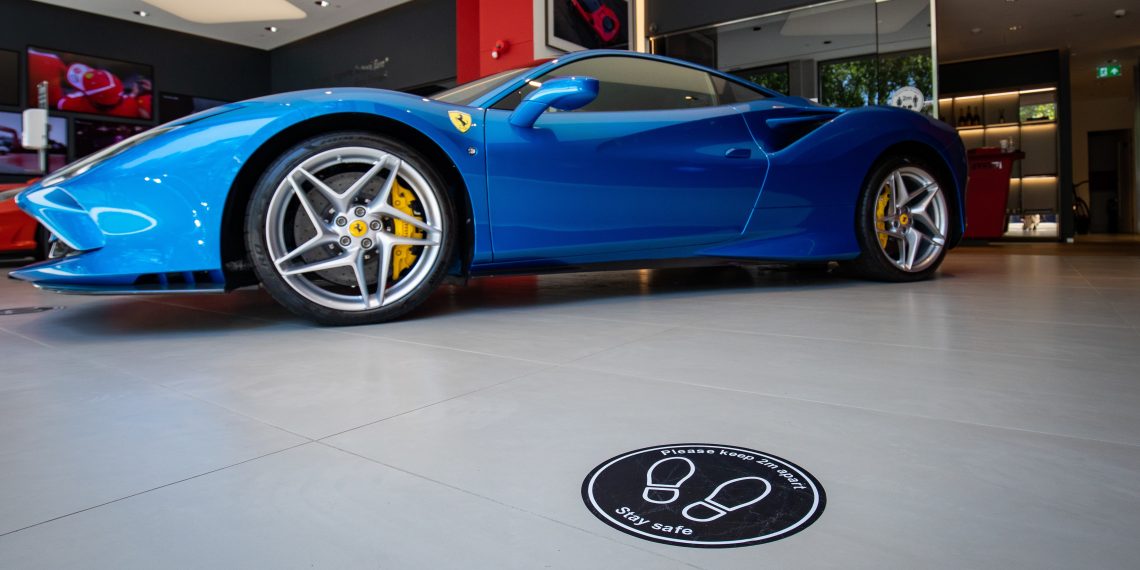 North said he thinks pent up demand will decrease but that more people will have disposable income which they’ll want to treat themselves with.

He also thinks the current stock shortage will continue into 2021 keeping prices high.

He added: ‘While Sterling is low export enquiries have also increased, so it’s not just UK demand that’s buoyant.’

September’s market is under close watch by Stuart Foulds, chairman and chief executive of TrustFord, the world’s largest Ford dealer group owned by the manufacturer.

Foulds says the group’s 65 dealerships across the UK are starting to quieten down, but are still ‘pretty buoyant’.

He said: ‘I think September will be the bellwether. There are fears that October/Q4 could be difficult.

‘Currently, used is strong and new is gathering momentum for the 70 plate. CV is very strong.’

Foulds spots trouble down the road for dealers as Brexit, the recession and increased redundancies combine to put pressure on the industry.

Batchelors Motor Group boss Tony Denton has recently been stung by the news Mitsubishi will be slowly retreating from Europe – and while used cars are selling, new are tough.

‘New is hard work, though,’ he told Car Dealer. ‘We are pushing hard but it is hard to get a good result.’

He doesn’t believe the 70-plate change will draw the usual numbers but he does think demand will continue ‘to a degree’.

He added: ‘We need to make it steady – not feast and famine. Do all the good things well and play for the long game.’

Independent dealers have reported they are ‘doing ok’ in a poll organised by Independent Motor Dealers Association chairman Umesh Samani.

‘June and July have been very busy for the majority of dealers, but I am hearing mixed views for this month that activity has slowed down,’ he said.

Samani, who runs Specialist Cars in Stoke, said he doesn’t believe demand will continue and it will get tougher towards the end of the year.

He added: ‘The big fear is the end of furlough and many job losses will be a reality check for a many.’

With close to 40 years experience in the motor trade, Magna Mazda accounts for three per cent of all Mazdas sold in the UK.

Boss Tony Roberts says the bounce back his business had experienced from pent-up demand has helped mitigate some of his lockdown losses.

He thinks there will be less of a seasonal peak for new cars this September followed by a ‘hardening’ of the market as furlough ends and unemployment rises.

He has seen success though with used cars ‘especially hybrid and electric cars’.